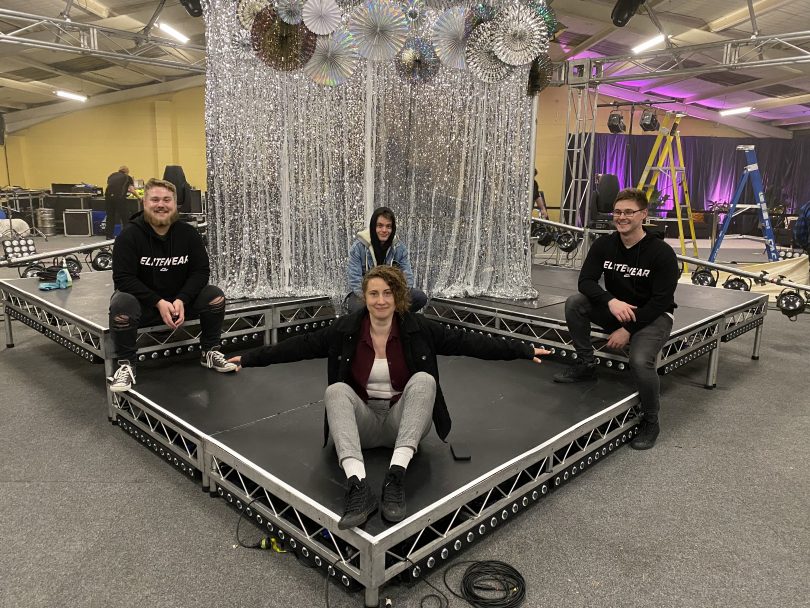 Hope Wilkins and her band get ready to perform for Live In Ya Lounge. Photo: Supplied.

While live music lovers have grown accustomed to watching their favourite musicians perform from their homes during the COVID-19 lockdown, a Canberra audio-visual business has unlocked the shackles by putting local musicians back on stage while still playing by the social distancing rules.

The director of Event AV Services, Rob Cartwright, said some too many of the home-based recordings he’d seen since COVID-19 restrictions were implemented were compressed and muffled, denying fans the best experience even under these trying conditions.

But Rob and his team found a way for artists to deliver the live concert experience direct into people’s homes – and keep people working.

Called Live In Ya Lounge, the format provides everything needed to produce a live show, with all the audio, lighting, vision, staging and streaming equipment ready to go. The band shows up, plugs in, turns up the volume and plays live.

“This wasn’t just going to be an artist in their lounge room with a smartphone streaming online. This is a virtual concert with full production, professional audio and lighting. It’s as close as you’ll get to be attending a concert in person,” Rob told Region Media.

“We have 24 full-time staff who have been outlawed from doing any work. I was always going to keep paying them, so we got chatting and came up with the idea of bringing local live music to the people.”

So Live In Ya Lounge was born. A remote site was secured and the team of audio-video specialists found a way to put all their equipment to good use.

By adhering to strict hygiene and sanitisation protocols, Live In Ya Lounge is compliant with all government and health requirements.

Canberra rock band Hands Like Houses was first on stage on 28 March. While it was free to view, fans were encouraged to leave a donation, akin to handing the hat around to pay for the band. Hands Like Houses have played to thousands of people in stadiums and festivals in Australia and overseas, so the virtual gig presented a great opportunity just to play.

Bands also have the opportunity to sell their recordings and merchandise. 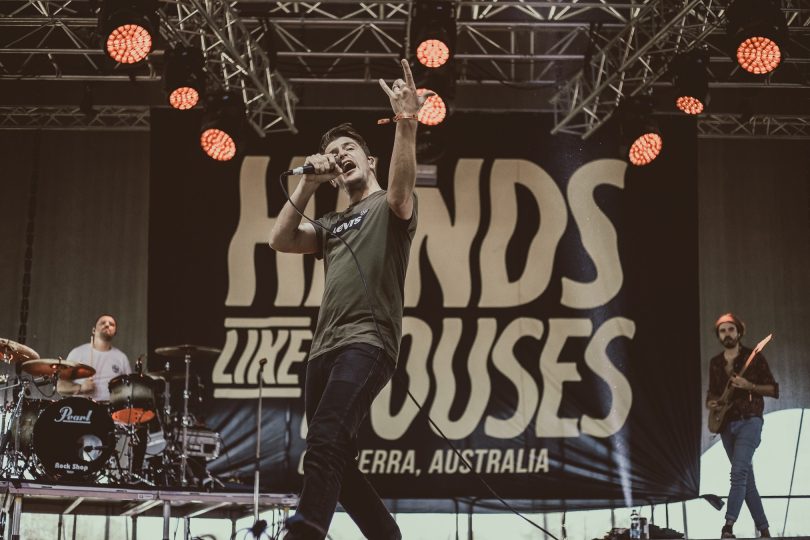 Solo performer Dana Hassall, who used to play regular weekly gigs, also leapt at the opportunity. She played on 1 May with Levi Jackson Music.

“It was so much fun to be standing on an actual stage again with the lights in my face and a live audience, even though I couldn’t see them,” Dana said.

“As someone who works in the AV world as well, it was great to see sound, lighting and camera crew getting a chance to work on something, too. It’s a rough time for the arts industry at the moment and Live In Ya Lounge gives us all a tiny bit of relief, artists, crew and fans alike.”

Canberra band ARCHIE and soloist Aya Yves will will perform tonight at 7:30 pm (16 May). 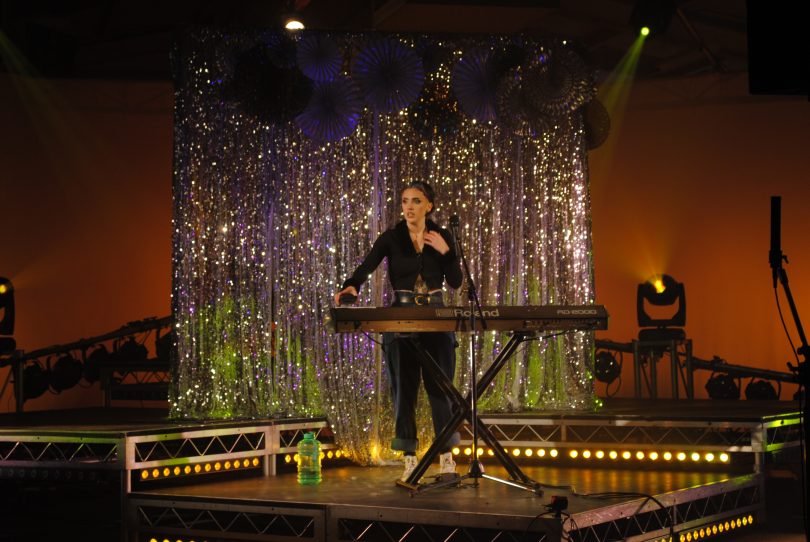 “We had 65,000 views for Hands Like Houses but they have a big fan base,” said Rob. “Last weekend with Groovy Daughter and Hope Wilkins we got over 4500 views in 24 hours and now we’ve acts booked two nights a week all through June. We’ve started taking bookings in July and some south coast and regional acts like Kim Churchill and Lucy Sugerman have been in touch as well.

“I’m even getting bands from Wollongong and Sydney showing interest as they’re stuck there with nowhere to play,” Rob said.

“The bands are loving it as it gives them a space to perform and it feels like a real gig. We also do interviews with them in between songs and have feedback and comments from people watching, so there’s some kind of interaction.

“They’re artists who live and breathe performing, so having the platform to actually do that has been a little overwhelming in the feedback we’ve had from some of the bands.” 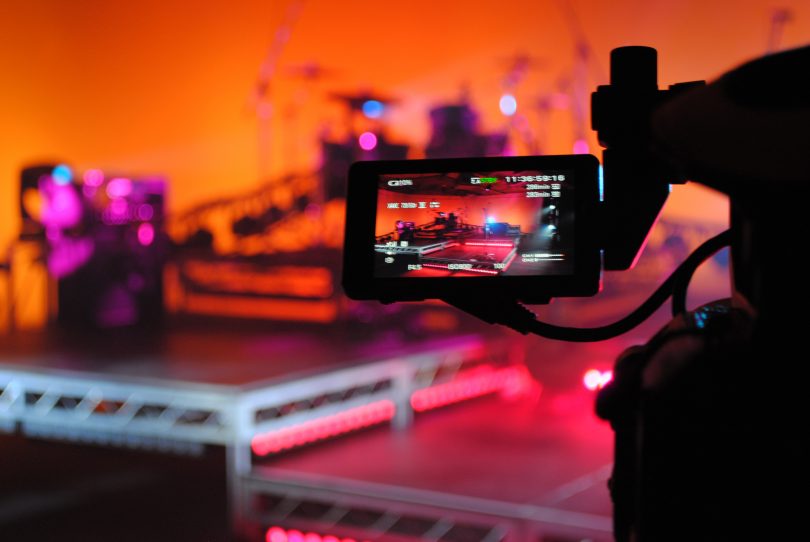 The stage lighting and camera for Live In Ya Lounge. Photo: Supplied.

Jonny Scott - 10 minutes ago
Robin Bontjer ones good can all be canceled out when your true colors come out! View
Allan AJ - 3 hours ago
Australian communism at its best View
Sandra Zahavah Whibberley - 8 hours ago
Shirley Willis I didn't vent a poisonous attack, just stated the truth that he lied etc. Sure the board of the AO or TA have... View
Courts & Crime 1

David Warner - 41 minutes ago
John Elliott don't forget Howards idea... He wanted to be supreme ruler... View
David Warner - 42 minutes ago
A viable alternative would get better results but they don't put forward decent proposals View
John Elliott - 2 hours ago
Paul South ... Not possible mate because of the separation of powers in the Constitution. The Judiciary is there to keep an e... View
Community 112