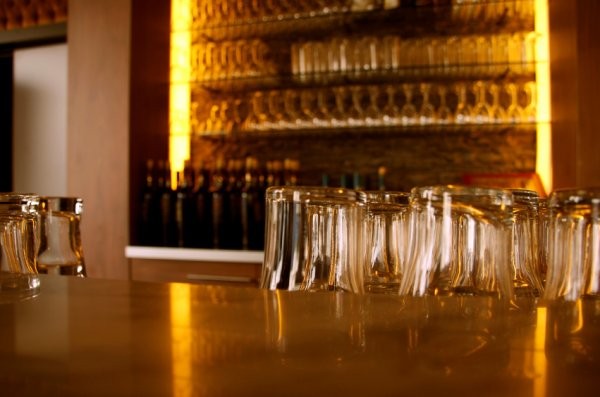 A menu of measures have come into effect benefiting liquor licensees in the ACT, which the Government says will encourage safer venues such as small restaurants and cafes and foster a more diverse and vibrant nightlife.

Minister for Regulatory Services Gordon Ramsay said the Government had promised to ensure having a night out in the CBD could be done safely.

“One of the ways we can achieve this is by encouraging lower-risk venues in the CBD,” Mr Ramsay said.

“Canberra has a great nightlife and we want to ensure Canberrans can continue to enjoy everything our city has to offer in a safe environment,” he said.

Other measures that came into effect on July 1 include:

Mr Ramsay said the requirement for licensees to keep a register of incidents had been replaced with a requirement to report an incident, with the licensee now only having to report the incident to the Commissioner for Fair Trading within 24 hours.

He said Access Canberra had developed a simple online form for licensees to complete.

Licensees will also be able to trade outside their standard licensing hours for up to six times a year for special events such as the World Cup, televised sporting matches, local cultural events and festivals, visiting bands and New Year’s Eve.

“I am confident that this will encourage venues to host interesting special events, which will create new and exciting entertainment options and increase the diversity of Canberra’s nightlife scene,” Mr Ramsay said.

Mr Ramsay said while the community already had an opportunity to comment on new liquor licence applications, public consultation would now also be required where there is a significant change to existing liquor licences such as changing subclasses, changing licensing times, or increasing a venue’s occupancy loading.

Do you think the changes will encourage a more vibrant and safer nightlife in Canberra?

Yet again, the Barr government’s unchecked greed imperils Canberrans. We already have exploding rates of homelessness, de-funded mental health programs, the worst jail in Australia, the worst police force in Australia, a huge spike in ice use, an organised crime war (but no “organised crime” KPI in the police purchase agreement), the most dangerous building sites in Australia, a bungled asbestos debacle that dragged on for years, and worsening bushfire loads as TCCS cuts are funnelled to the new tram agency…

But you can’t fund budget black holes by addressing those issues. It’s more lucrative to encourage small venues to take up liquor licences by waving the carrot of a reduced fee.

“I am confident that this will encourage venues to host interesting special events, which will create new and exciting entertainment options and increase the diversity of Canberra’s nightlife scene,” Mr Ramsay said.

The aggregate outcome will be more drunk people, more assaults and more cost to the community.

I would of thought someone with Mr Ramsay’s background would be the last person to have insight into more “diverse and vibrant nightlife”.

Yet again, the Barr government’s unchecked greed imperils Canberrans. We already have exploding rates of homelessness, de-funded mental health programs, the worst jail in Australia, the worst police force in Australia, a huge spike in ice use, an organised crime war (but no “organised crime” KPI in the police purchase agreement), the most dangerous building sites in Australia, a bungled asbestos debacle that dragged on for years, and worsening bushfire loads as TCCS cuts are funnelled to the new tram agency…

BUT NOW, we will have an explosion in the numbers of booze venues that’ll be geographically concentrated, and once the clock strikes 12am or 2am, floods of people either end up on streets to be king hit by thugs, or they flow into larger venues which increase violence (patron density increases violence exponentially, not linearly). More booze = more violence. More outlets = more violence.

This policy also guts the clubs industy, now an enemy of Barr. So in his rush for more power, we’re all just grist for the mill.

Peter Graves - 6 hours ago
One significant fact and feature was omitted in this article and was only apparent by a careful reading of the sign in the to... View
Nick Swain - 6 hours ago
The location of the Mt Ainslie tradesmen's camp is a little unclear. Corner of Ebden and Chisholm Sts could be where the ACTE... View
TimboinOz - 9 hours ago
Hi Marg, Honour and Michael were close friends of my Mum and Dad from just after WWII onward. They were among my retreat opti... View
Lifestyle 2