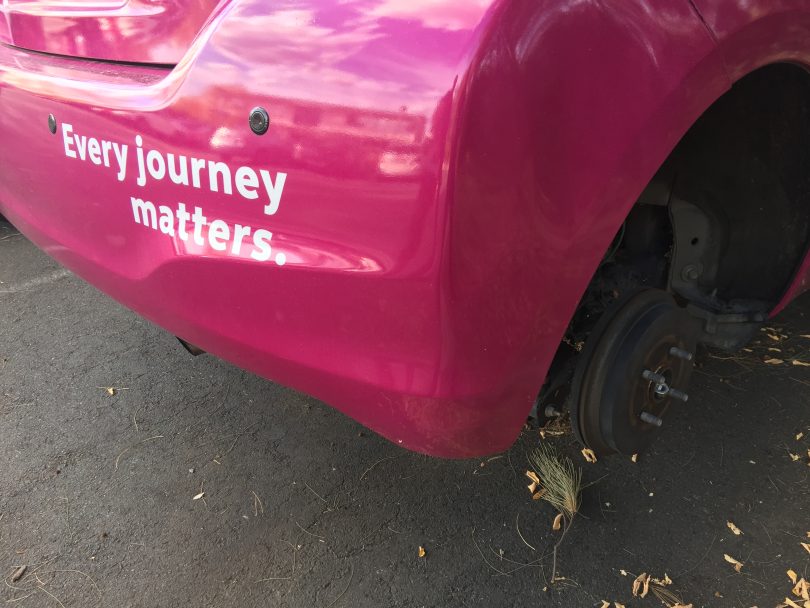 Wednesday night’s theft is the third incident involving Uniting’s vehicles in the past couple of years. Photos: Tim Benson.

The staff of a local aged care provider in Deakin turned up to work yesterday morning to see one of their vehicles balancing on two large rocks – minus all four wheels.

Staff from the Uniting aged care provider discovered that the four wheels on their Toyota Yaris were stolen during the night. The theft is not the first time that Uniting has found their vehicles damaged.

Wednesday night’s theft is the third incident involving Uniting’s vehicles in the past couple of years after their bus was vandalised and another vehicle was broken into.

Uniting has a fleet of four cars and a bus that are used to transport aged people in need and provide assistance such as nursing, shopping, getting out in the community and in-home help including showering and dressing, cleaning, clothes washing and ironing. 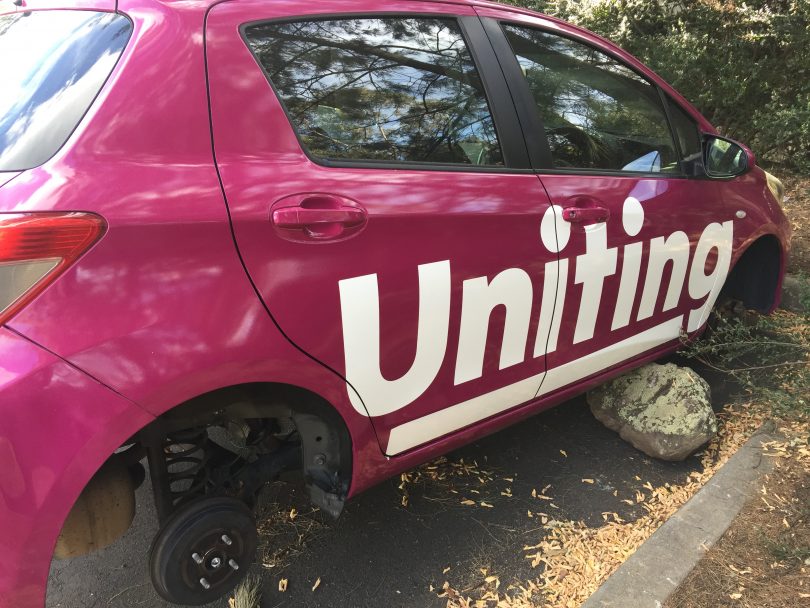 “Who wants to take wheels off a small car? Out of all the cars to take from, why a small car?” she said with a smile.

Ms Spurrett said that having one car out of action meant that the ability to provide these services has been cut by 25 per cent.

“While it is funny, it affects our time, money, clients, staff and so many people, which is tough,” Ms Spurrett said.

“Most of our staff use our vehicles and they have stopped us from providing valuable services to those in need.” 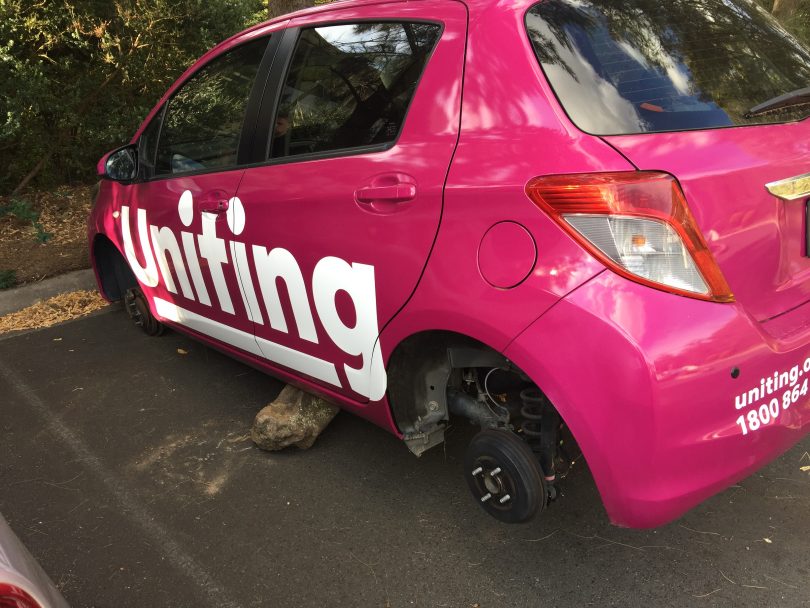 The vehicles are parked overnight in an unsecured carpark but are clearly marked as community vehicles.

The theft has led Uniting to spend valuable time and money in working out how to move the vehicle and have it replaced.

If Ms Spurrett could talk to the thieves, she would ask them that “if they really understood the impact of what they have done, would you still do it?”

“If they could bring them back and just leave them where they found them, that would be great,” she said.

Thats a lousy act from some low life!

What is wrong with people??

Ashley Wright - 21 minutes ago
Jennie Smith vast majority of the tram works were done in the median strip of flemmington road with minimal impact. There was... View
Property 3

Robert Hawes - 2 hours ago
Should be done via the nurse walk-in centres. View
Lyn Christie - 7 hours ago
Ian E Wheeler maybe somewhere you can register if you don't see community nurse and are unable to get out to receive the shot... View
Tom Porter - 9 hours ago
Maybe the carer can arrange for the community nurse. It is not prohibitive. Then again the government could contract Aspen to... View
News 20

Andrew Dale - 7 hours ago
Rory Bourke I'm both mate 🥸🥴 View
Lucas Anasdow - 9 hours ago
The Left are pushing to have the Event Renamed as the Term 'Black' is deemed to offensive and upsetting for segments of the C... View
Rory Bourke - 9 hours ago
These days they don’t call it old, they call it experienced. View
News 3