Local Government makes its election pitch to Turnbull and Shorten 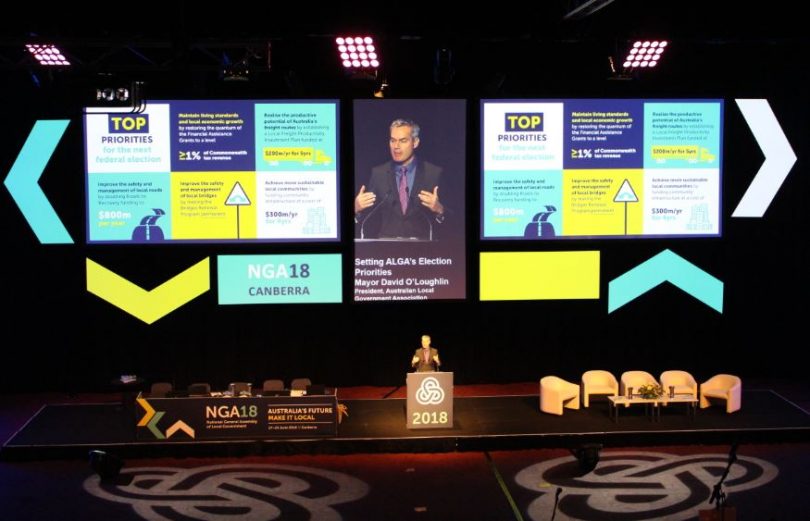 Local government from around Australia has been told to be ready for a Federal election in September.

“We must be ready and we will be ready,” President of the Australian Local Government Association (ALGA), David O’Loughlin said.

Speaking at the National Local Government Assembly in Canberra, Mr O’Loughlin outlined what the sectors election wish list would be, and the key players seem to be listening, with Opposition Leader Bill Shorten speaking at the event, and Prime Minister Malcolm Turnbull making a last minute decision to attend the big conference dinner.

Five electorates spanning Tasmania, South Australia, Western Australian, and Queensland will go to the polls on July 28, largely a result of Parliament’s ongoing crisis around MP’s with duel-citizenship.

Because of the breadth and number of voters involved, the byelections are seen as a good, real-world test of the major parties current fortunes, but Mr O’Loughlin believes whatever the result, the Government will call a general election for September.

“There are a couple of big state elections coming up, if they don’t do it then [September] they have got to wait for one of them to get out of the way which would be April – May next year, right at the end of the Government’s term, where it can get hard to control the agenda,” he said.

Mr O’Loughlin believes ambition to ‘get on with the job’ and try and renew his government’s mandate will push Malcolm Turnbull towards a date in September, maybe October.

As the Mayor of Prospect City Council in South Australia, Mr O’Loughlign called on the 580 councils gathered to be active and consistent in their lobbying of Federal candidates, emphasising “national impact through local application.”

“Our top priority is to restore the Financial Assitance Grants (FAGs) back to one per cent of Commonwealth taxation revenue,” Mr O’Loughlin said.

“Over time, our financial sustainability has been seriously eroded while our costs just keep escalating,” he says.

“They [Commonwealth] have solved this issue for the States – they [States] get GST revenue.

“In a way, we are asking for the same solution but not 10% just 1% – our core funding has to be secure, reliable, and sustainable.

“The Federal Government is the best tax collector in the country – 80% of taxes are collected by them.”

Constitutional recognition for Local Government seems to be key in securing funds that flow and can’t be challenged or changed.

It’s not a referendum question Australian’s will deliberate on at the next election but ALGA is keen to see the matter resolved within the next five years. Having failed twice already in 1974 and 1988, “We can’t afford to fail a third time,” Mr O’Loughlin said. 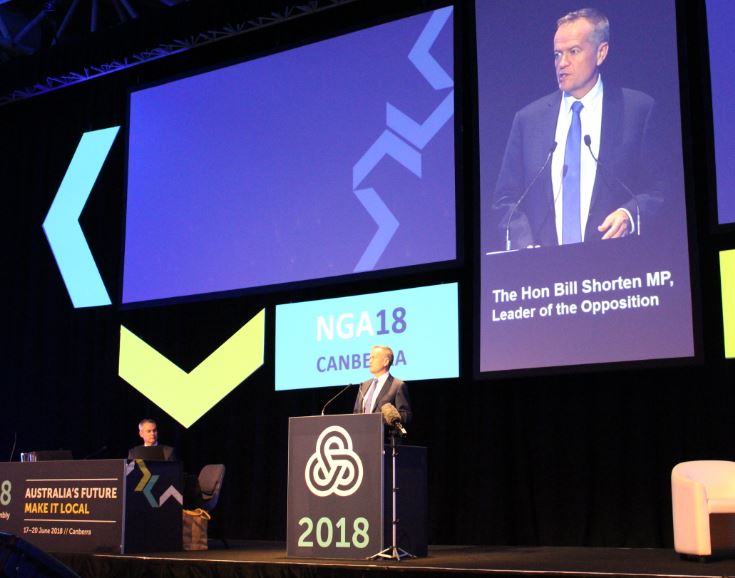 Opposition Leader Bill Shorten told the Assembly the Labor Party supports the move, while the day before Deputy Leader of the Nationals Bridget McKenzie said it remained National Party policy; the additional support of Malcolm Turnbull’s Liberal Party is seen as key in making it happen.

“FAGs to the bottom line of regional councils makes a huge difference, we need to start the conversation whether metropolitan councils actually need their FAG grants, or whether there has to be a redistribution so that regional, rural, and remote councils receive more funding than metropolitan councils.”

It’s a statement that drew applause from the crowd within the National Convention Centre; recognition perhaps of the challenges smaller population areas face in raising revenue from within.

Mayor McBain made the point that Local Government is the only government on the ground in many regional communities; responsible for a range of community assets and infrastructure from beaches, pools, halls and libraries to water supply, sewerage, rubbish, and roads.

“We do not have the capability to continue our asset management program into the future, and do everything else, we need significant assistance from the Federal Government,” she says.

“In a regional community, community assets are not just ‘nice to have’ they’re essential.” 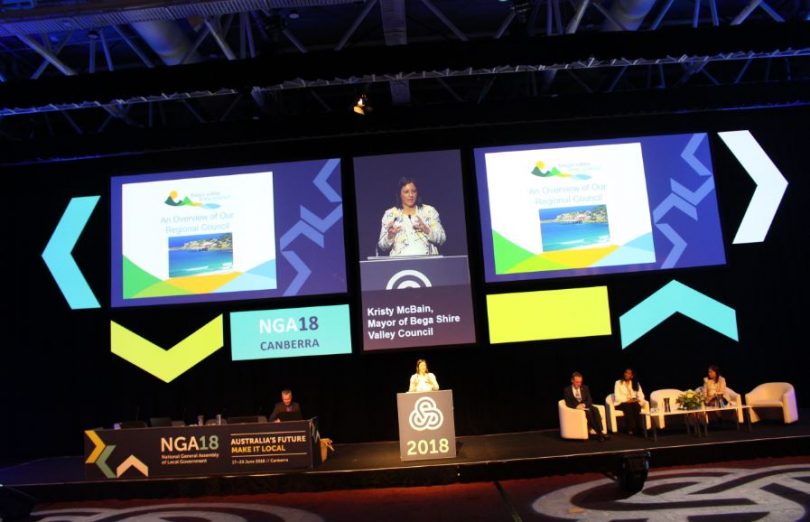