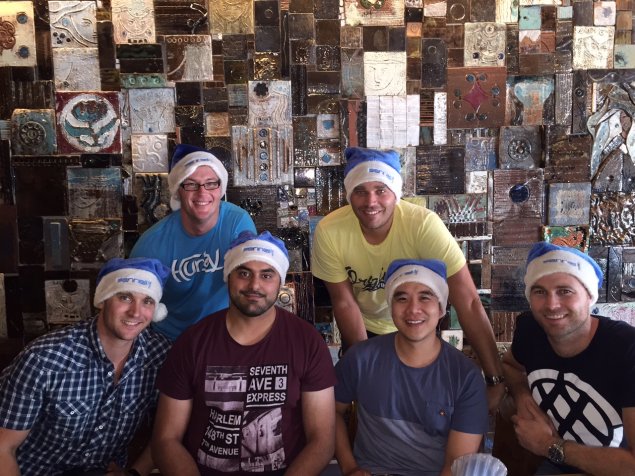 Andrew Senti and Alex Cannell started Canberra IT services firm Sennell during the peak of the global financial crisis. Their accountant was their only client and they had no idea what was involved in starting a business, but Alex says he and Andrew were confident the business would succeed.

“We were starting an IT services business, which is something that people use every day. There was always going to be demand for our services. It wasn’t like going out and opening a bike shop, which is affected by the market and what people can afford that month,” he says.

The pair met while working for Canberra IT reseller Dataflex. They recognised an opportunity to deliver IT services for small to medium businesses (to “look after the little guys,” as Andrew says) and founded Sennell in Alex’s one-bedroom Braddon apartment in 2009.

Since then, the business has grown almost exclusively through word of mouth and developed a loyal client base of predominately not-for-profit clients.

“We’ve never actively hunted for work. Every single one of our customers is word of mouth. We like to consider ourselves as personable, and I think that the way we deal with customers is one of the reasons why we’ve been successful,” Andrew says.

Alex adds that Sennell tries to avoid traditional IT stereotypes. The company’s first slogan was “IT with personality”.

“There’s a stigma that IT people like to work in small, dark rooms where nobody talks to them, and we’re definitely not like that. We like to sit down and meet with our clients and build personal as well as business relationships,” he says.

Excluding Andrew and Alex, Sennell now has four full-time employees and is growing at a manageable pace.

“We don’t try to bite off more than we can chew. If we can grow by a few clients a month, then we’re happy with that,” Andrew says.

They describe their team as a small family, and prefer to hire on personality rather than technical prowess.

“We’ve always said that we’ll employ on personality because you can learn the technical stuff. Of course, you need to have an interest in the technical side of things and be willing to learn, but we can teach everything else later. We don’t really care about credentials,” Andrew says.

The pair say that one of the challenges of working in IT in Canberra is that it is difficult to compete with the public service when it comes to salary and leave entitlements. To counter this, they try to do the small things right. Employees receive a company car, phone and laptop that can be used for personal use, and are regularly invited to participate in non-work activities.

“This afternoon we’ll knock off three or four hours early and go to the bar,” Andrew says.

“We also do things like go-karting and clay target shooting as a team. It’s how we would want to be treated if we were employees.”

We’re looking for a new IT company at my work, and always happy to consider someone new and with a fresh approach. These guys sound like they fit that brief.