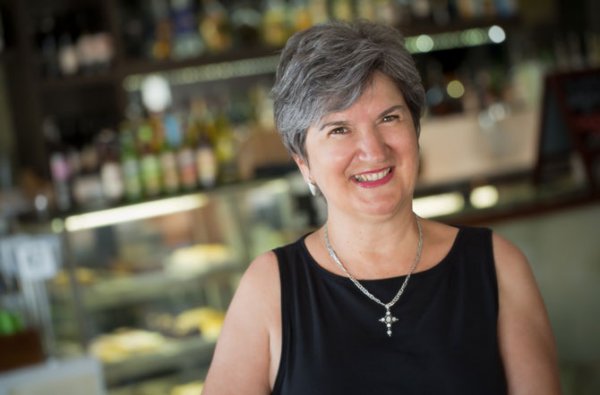 Bobby Graham, principal of Canberra-based digital publishing consultancy BG Publishers, has always had an eye for innovative technologies. Long before Amazon released the first Kindle e-reader in 2007, she was convinced that ebooks had enormous potential to transform the way people consume information.

“I went to an electronic media conference in Frankfurt in 1993, and even then, change was taking place. I could see that we were just letting content evaporate, and that we weren’t using content as well as we could have been,” Bobby says.

She founded her first ebook publishing company in 2000 after moving to Wagga Wagga from South Africa and being unable to find work in traditional publishing. It was a bold move considering many households still didn’t have a computer, but Bobby persevered.

“I’d read an article about ebook publishers who published books as PDFs and I thought that if I couldn’t work [for a traditional publisher] then I might as well do digital books,” she says.

“The ebooks didn’t sell too well. When I told people that I published ebooks, they’d often say, what’s an ebook, no one will read that.”

How times have changed. Since moving to Canberra in 2003, Bobby, who no longer reads printed books, has helped pioneer digital publishing in the nation’s capital. She was one of the founding members of ANU E Press (now ANU Press), which delivered academic works online, and has also worked as Director Web Publishing at the National Library of Australia and Director Publishing at Parliament House.

Now, she runs BG Publishers, which specialises in digital document conversion and production. Most of her clients are government agencies, but she also works with small businesses and local authors.

“I’m proof that you can start a business that’s trendy and based on exciting technologies at any age. I was 56 when I started working for myself,” she says.

While government mandates such as the Digital Transition Policy mean that agencies must move to create, store and manage records digitally, Bobby says that the nature of the public service means that doing so isn’t always easy.

“There needs to be champions within the public service, like John Sheridan and his work with Government 2.0, who are willing to drive change. There are so many layers in the public service that it can be difficult to reach the right people,” she says.

After 11 years in Canberra, Bobby says the city has plenty to offer entrepreneurial types, including a thriving cafe culture (“I like that you can conduct meetings in cafes and no one thinks that’s odd,” she says) and government support.

“Being remote from the big centres allows people to be entrepreneurial. We’ve got groups like Lighthouse Innovation and Canberra Business Point for support. Once you tap into those community spaces, Canberra becomes much more friendly and open.”

Helen Frances - 8 minutes ago
Shirley A Drower this is so sad :( View
Shirley A Drower - 17 minutes ago
There should be no one homeless in Canberra. View
Jennifer Bishop - 4 hours ago
The centre of our corrupt overpaid federal politicians and they could care less about the homeless. They are far more interes... View
Lifestyle 12

Jorge Gatica - 1 hour ago
Ingrid Decak they should have started much earlier View
planet42 - 2 hours ago
Don't know why the trees have to be 'removed'. Can't they just cut them down and leave them there on the forest floor to brea... View
Ingrid Decak - 4 hours ago
Would you rather see dead trees falling on cars as they drive down the highway? View
News 15

Janette Hugs - 2 hours ago
I’m on DSP and recently moved to Canberra. I’ve only once driven through Civic in December. Since then due to circumstanc... View
countach - 3 hours ago
I think it's unfair that you can be a 15+ over the limit, super speeder hooligan for doing what was legal a month ago. Either... View
countach - 4 hours ago
Funny how a month ago it wasn't endangering, but now it is. Anyway, I agree to an extent. I got pinged for the first time in... View
News 8

chewy14 - 2 hours ago
The 50% number used is also based on the eligible population (over 16s) so it's going to take a bit longer than a few weeks. View
News 9

Danielle Heffernan - 4 hours ago
Very well said Magistrate Cook. The 'problematic kids' are our society and they deserve to be protected.... View
show more show less
*Results are based on activity within last 7 days

Canberrans are being urged not to flush away the ubiquitous wet wipe in a bid to reduce the amount of...
Community 25

Harden’s home-grown girl has rural health at her heart

@The_RiotACT @The_RiotACT
A Reckoning in Boston highlights the wicked problems of homelessness which will be eerily familiar to Canberra audiences. This challenging documentary screens this Friday at the @NFSAonline https://t.co/jsMIKCuO2B (32 minutes ago)