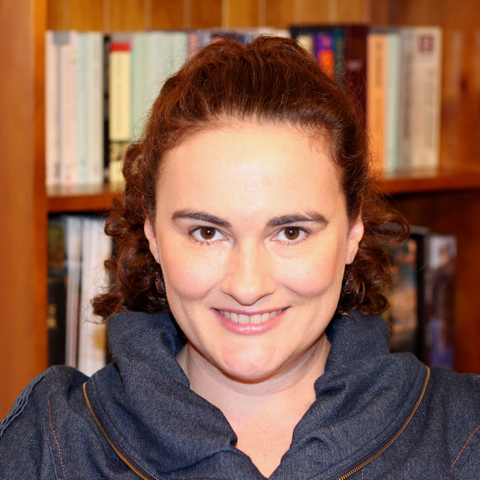 Before founding life-balance consultancy WorkLifeBliss, Emma Grey spent a decade working in the public service. She was on long service leave in 2009 when she made the decision to resign and start her own business.

“I’d written a book in 2005 called Wits’ End Before Breakfast! Confessions of a Working Mum, and as a result I used to go around and speak with women during my lunch hour. I loved sharing stories and connecting with people and finding ways to help others,” she says.

She found a way to turn that love into a business and gave herself 12 months to make it work. Six years later, she says she’d never go back to the standard 9 to 5, and her approach to training and executive coaching has been described as a ‘yellow brick road out of the chaos of modern living’.

When I ask Emma how she maintains her own work life balance while running three businesses, her answer is refreshingly honest.

“I manage my own work life balance with varying degrees of success. I’m upfront about that. I think we do need to be more open and honest about our lives in general and what we take on,” she says.

“I make sure to schedule regular activities in my week that are just for me, that I always make a commitment to do. One of these activities is a running group that’s been going for two years, and we’ve rarely missed a weekend.”

Emma, a native Canberran who lives in Jerrabomberra, says she loves Canberra for its diversity, proximity to the beaches and mountains and thriving business scene. She lists Candice Edye from Lighthouse Innovation Centre as one particular small business advocate who has helped her to connect with like-minded business people.

Her advice to others looking to start their own businesses is to do exactly that: just start.

“Don’t spend time focusing on intricate details. Make mistakes early and move on quickly. You’re never going to feel ready, and there’s never a perfect time. I’d say that success in business has more to do with courage, not confidence,” she says.

For the sake of her teenage daughter, who is currently looking for a part-time job, Emma says that if she were chief minister she would improve public transport options from Jerrabomberra to Canberra.

“In Jerrabomberra, limited public transport options have made it difficult for my daughter, who is looking for work but can’t drive yet. That said, while there aren’t buses that go directly from Jerrabomberra to Canberra, we have next to no traffic, so it’s hard to complain too much.”

“We are actually so fortunate in Canberra, particularly when it comes to health. My family has had really positive experiences with the Canberra Hospital emergency department and also the Snowy Hydro Southcare Helicopter. While of course there are ways that these services could be improved, compared to other cities and other parts of the world, we’re so lucky. It’s all a matter of perspective,” she says.

John Hutchison - 4 hours ago
Not correct. Labor are saying Zero net emissions. This means that emissions are possible, but only if offset by some form of... View
Paul Mathews - 6 hours ago
firts improve the stoopid pick-up parking...10 mins....out in the cold...jeez View
Eliza Doering - 12 hours ago
Free flights between London and Canberra 😭 Rae Coomber-Williams View
Sport 5

UPDATED 4:00 pm A lockdown at Canberra Grammar School has been lifted after a threatening email was sent to the school...
News 65

The 1.7 kilometre extension of light rail from Alinga Street to Commonwealth Park via London Circuit will be wire-free, in...
News 65