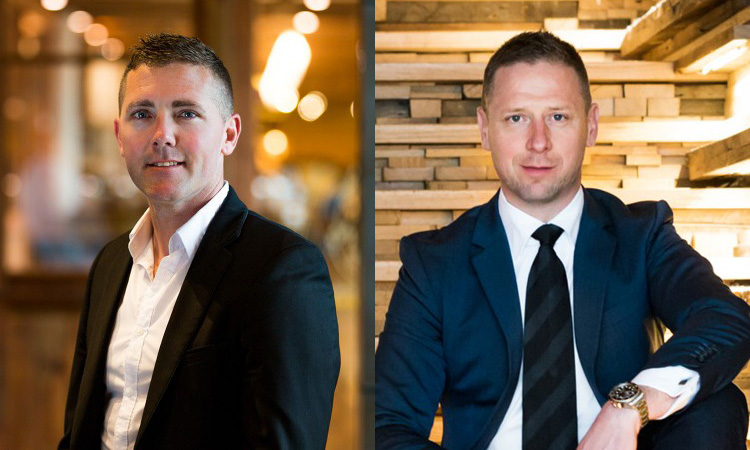 When Scotland-born Gary Kelly moved to Canberra in 1986, he was quick to adjust to the cold weather and morning frost. He revelled in the friendliness of the community, and formed a large group of friends in high school and college.

It was then that he met Jaime Farrelly.

Jaime, who was born and raised in Cooma, moved to Canberra for tertiary studies and discovered his passion for the building industry as an architectural designer. After working for a local design company for a number of years along with a stint in Sydney, Jaime established his own Canberra based architectural design business, which he ran for 10 years before evolving it into a full service design and construction residential building company.

He called on Gary to install kitchens and bathrooms for a number of his properties, before Gary started his own building company Lifestyle Homes, and began calling on Jaime for design plans.

This back and forth went on for years before the pair decided to come together to fill what they both saw as a gap in the burgeoning Canberra townhouse market: making what are typically seen as “high-end inclusions” both standard and affordable.

“You should be able to bring the latest innovations, like home automation, into a townhouse, and get the same environmental elements and building principles through a townhouse as you can with a house,” says Gary. “Most developers probably avoid these things because of the cost. But we knew it could be done, so we wanted to set a new benchmark and we did just that.”

Jaime and Gary formed 3 Property Group, which specialises in developing townhouse communities in Canberra where inclusions, such as their own 3PUSH home automation system, solar ready infrastructure and above-average energy efficiency ratings, are included as standard.

“We are in ever-evolving times, especially in construction, and there was an opportunity to bring our 3 Property Group “3PUSH” home automation system into the Canberra townhouse market. We wanted to disrupt the perception that you have to be privileged to have inclusions such home automation and solar systems, so now it is a standard inclusion in all of our properties.”

They currently have more than 200 townhouses under construction and over 400 in planning or on the market for sale throughout the suburbs of Moncrieff, Throsby, Coombs, Greenway and Denman Prospect.

Slobodan Paunovic - 5 hours ago
Michael Cameron POLETITIONS AND experiments by scientist is killing people and it will destroy the world soon.. View
Brooke Jane Good-oloughlin - 9 hours ago
Jean Davies super healthy but my standards are to high to be a poster girl. Thanks though! View
Malcolm Campbell - 11 hours ago
Bill McIntyre the science of climate change is not settled or there would be no debate. The climate is changing as it has and... View
News 11

Elizabeth Mulholland Porritt - 5 hours ago
The pilot should be well aware of the static risk of landing his aircraft! Known issue, not something isolated to this aircra... View
Opinion 7

Patricia Bourke - 7 hours ago
It’s disgusting. We have the money that just on things like Corman to fly around the world I know that’s federal but the... View
Fergus Thomson - 1 day ago
Bek Clark I dunno about that, but after a series of operations, nurses are my heroes - I couldn't do what they do daily (incl... View
Property 5

steveu - 19 hours ago
Rego is a small part of the charge we get each year - most of it is insurance. View
News 3

Canberra is in for a big weekend, with TEDxCanberra presenting a fascinating talk on Sunday, the Trading Card Fair and...

Glorious homestead with park-like gardens and hidden delights in Braidwood

@The_RiotACT @The_RiotACT
Vincent van Gogh's famous Sunflowers painting will appear during an exclusive Canberra season at the National Gallery of Australia next year https://t.co/pFAYE64Apg (5 hours ago)

@The_RiotACT @The_RiotACT
Buy local and help your community's small businesses this Christmas, says a campaign urging us to Go Local First with our shopping dollars https://t.co/yRiIDzs8r3 (6 hours ago)

@The_RiotACT @The_RiotACT
On the oldest continuously farmed property in the ACT, the future is in the hands of a new generation. We find out what that future looks like https://t.co/9rPPFx6TVE (8 hours ago)