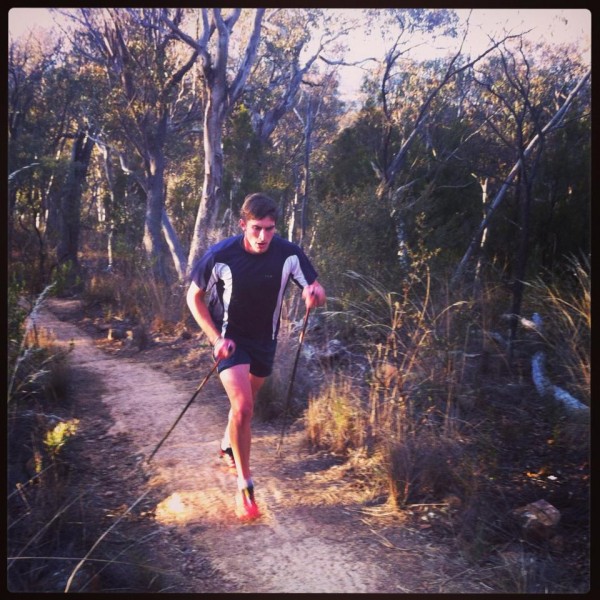 Jackson and friend Steven Mackay had planned to trek to Everest base camp this September. Instead, the pair now hope to raise $50,000 for the Australian Himalayan Foundation by everesting Stockyard’s Spur on Saturday 30 May. (Everesting is a vertical test of endurance where an individual climbs continuously until reaching 8,848 metres – the same height as Mount Everest’s summit from sea level.)

“We’ve called our challenge Neverest as we are everesting for Nepal,” Jackson explains.

“When we started out, it was supposed to be a handful of us completing the challenge individually. But we posted the event last Sunday and all these people who I used to go to college with messaged me wanting to make relay teams too.

“People from all over the ANU and Canberra’s mountain running community really seem to love the idea.”

On the day of the event, four individuals and at least 12 relay teams will climb the first 2.1km of the Stockyards Spur track (selected for its accessibility and calf-numbing steepness) a total of 18 times. Jackson hopes to complete the trek in just 20 hours.

“The track itself is quite a popular walk and a lot of athletes use it for training. They’re pretty impressed that we’re going to do it 18 times,” Jackson says.

By the end of the event, individuals and teams will have climbed a total of 117,000 vertical metres, which Jackson hopes will qualify as a world record for the most people attaining the greatest vertical distance in a 24-hour period.

Jackson says Neverest is open to all Canberrans and will have a festival atmosphere – complete with a sausage sizzle in the Corin Dam car park, which they’ve renamed ‘Basecamp’ for the duration of the event.

“We’d love to see Canberrans come to Corin Dam and walk up and down Stockyards Spur with us a couple of times,” he says.

Neverest starts at 9pm on Friday 29 May, with over 70 participants running through the night and into the following day. To find out more about the event, visit the Facebook page or fundraising website. 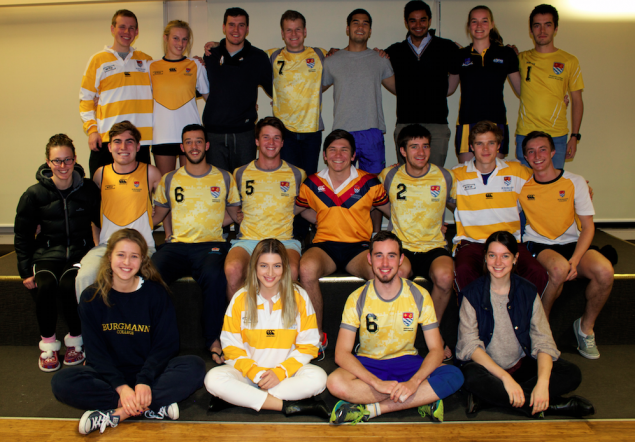 Capital Retro - 8 hours ago
Australian universities are dreaming if they think Chinese students are going to come back because the leaders of China won't... View
Ol L - 15 hours ago
While the sun shined they didn’t put $ aside for a rainy day and now there crying poor. View
Community 6

May Mac - 15 hours ago
The only reason we switched to landfill nappies was the struggle to keep line dried reusables from stinking of woodsmoke in w... View
Phillipa Leggo - 16 hours ago
Well done Olga Imbriano - lovely article👏👏👏 View
Vickie Quinn - 18 hours ago
Sarah Quinn looks good I'll have to check it out! View
Food & Wine 23

A man who violently beat his ex-partner while their two-week-old baby lay nearby was hugged by elders after being released...
News 13

If Dick Smith could choose between the concrete jungle and the rural life, he'd choose the latter every time. Whenever...
Property 9

@The_RiotACT @The_RiotACT
International students will not be returning to Canberra's major universities until mid-2022, but ANU and @UniCanberra are urging the government to allow them back on campus sooner https://t.co/XSLnGSiakN (12 hours ago)