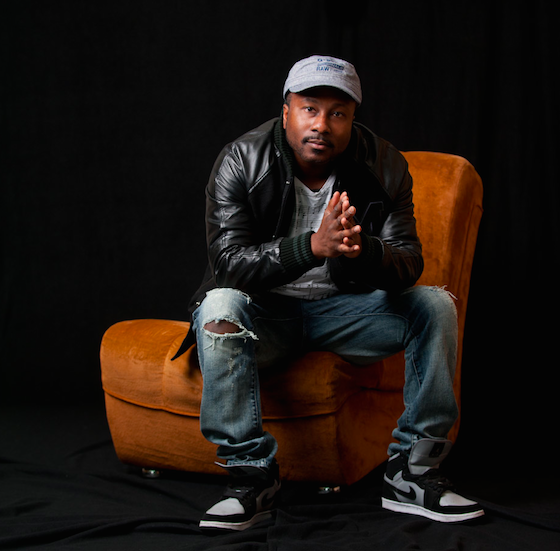 The Ghana-born hip hop artist, songwriter and producer has lived in the nation’s capital since he was four. This year, he hopes to break into Australia’s commercial music industry without relocating to Sydney or Melbourne to do so.

“I want people to hear my music and say, hey, that’s that guy from Canberra,” he says.

“When I first started ten years ago, people told me to get out of Canberra, but I knew that I needed to grow and build a fan base here first. If I’d moved to another city to chase my dreams I’d be totally lost, because for every rapper that’s trying to make it in Sydney, there are a hundred others doing the same thing. It’s not like that here.”

Kayo’s tracks have been featured on television shows including Pizza, Housos and Foxtel’s Fuel TV, and he features on Magnifik’s latest dance track, Where Did My Night Go, which is currently at number 64 on the ARIA club charts. It’s the second time Kayo has made the ARIA charts in three months – he also features on Magnifik’s Float, which peaked at number 36 last year.

After a decade in the industry, he’s learned that there’s no such thing as an overnight success. Kayo has been doing live performances since he was 15, and since 2004 has released two EPs, a mix tape of local Canberra artists and an album titled Raconteur. But he says things didn’t take off until recently, when he transitioned from hip hop to dance and house music.

“Some people think that you just need to put out a few songs, do a couple of videos and that’s it, you’ll be successful. I want to show people that success doesn’t happen overnight, but if you believe in yourself and work hard then you can get there,” he says.

“In 2015 the plan is to keep smashing out high quality dance tracks. I believe there’s no artist in Australia doing what I’m doing [rapping over dance tracks]. I want to crack that niche and break into the Australian music industry on a commercial level.”

Kayo says the best part about his line of work is connecting emotionally with an audience.

“People come up to me and say, hey man, that song really touched me. That’s the best feeling. I want to help someone have a good day if they’ve had a bad day, and if they’re down or have had their heart broken I can make them feel better.”

Kayo Marbilus’ latest track, Where Did My Night Go, is available on iTunes.

Daniel Duncan - 10 hours ago
Another reason to vote Barr and his crony's out. View
Rainer Busacker - 10 hours ago
Steve Wood "Gunna-Do-Barr" sprooks a lot of things, especially now just before an election. When and if ever will he actually... View
ACT Election 11

Acton - 10 hours ago
You do not dispute the fact that Barr = high rates, but appear to have some conceptual difficulty with 'nothing else matters'... View
russianafroman - 11 hours ago
Maya123, All Labor has done for us is build chic apartments for the rich. The Liberals are looking out for the blue collar bl... View
JC - 12 hours ago
People should also be asking what Coe equals. Because it isn’t overly clear. We know they stand for everything that “anno... View
ACT Election 1