Most suburban football teams would be intimidated by the prospect of playing against one of the country’s top A-League teams, but not Tuggeranong United Football Club (TUFC).

Its top team took on Melbourne Victory’s A-League team last September as part of national football knockout competition, the FFA Cup. While the final score was 6-0 to Melbourne Victory, board member Anthony Corder describes the experience as overwhelmingly positive.

“In round 16, we drew Melbourne Victory. We were hoping for that because we were in the competition to play the big boys. We played at Viking Sports Erindale, it was broadcast live on Fox Sports and we got over 5000 people down to watch the match.

“It was a great boost for the club and a fantastic experience for our players to go up against professionals like Archie Thompson and Mark Milligan. The players were disappointed with the score, but nobody else was. We put on a great show.”

Anthony has played for TUFC since he was 10. He hasn’t missed a season in 27 years and has volunteered in various capacities for the past two decades. He describes the 1100-player club as inclusive and community focused.

“We’re a suburban football club and because of that we’re very community focused. We’re a really social club, and we always have been,” he says.

Anthony estimates that in 12 years TUFC has raised over $10,000 for Epilepsy ACT, a cause particularly close to some of its older players.

“The Adam Fry memorial is an event held in memory of one of our players who passed away in 2003 because of epilepsy. We’ve held a fundraising event every year since then. This year it was a gala day with the men’s social teams and some of the other teams. They played each other all day, brought donations and we organised a barbecue and raffle,” Anthony says.

Anthony thinks that the club’s men’s program, which has 14 teams, could be the largest of any code in Canberra – and numbers are growing.

“Registrations have stayed steady in the junior competition as the district matures, but we’ve seen significant growth in our adult teams. Men’s football participation has skyrocketed in the past five years, and that’s across all of Canberra. There’s been a cultural shift from playing until you couldn’t make the good teams anymore to playing socially at your own level.”

Anthony says the club is fortunate to have plenty of grounds for social and junior football, and that the ACT Government has worked to improve the quality of Tuggeranong’s playing fields. However, he would like to see a local facility developed specifically for high performance programs.

“We need a genuine premier-level facility in Tuggeranong. There’s only one government enclosed ground in the area, but it’s already heavily used and our programs won’t fit,” he says.

TUFC has a strong record of nurturing junior talent, and its high performance stream aims to prepare participants for playing at an elite level.

The club counts Amy Duggan from the Matildas as one of its former players, while Socceroos including Lindsay Wilson, Carl Valeri, Nikolai Topor-Stanley and Tom Rogic have all donned TUFC uniforms in the past.

TUFC junior program registrations are open for one more week and close on 10 April. The club’s junior program caters to girls and boys aged from under five to under 18. For details, visit www.tufc.org.au, or head to the season launch on Sunday 29 March at Rose Cottage from 2.30pm. 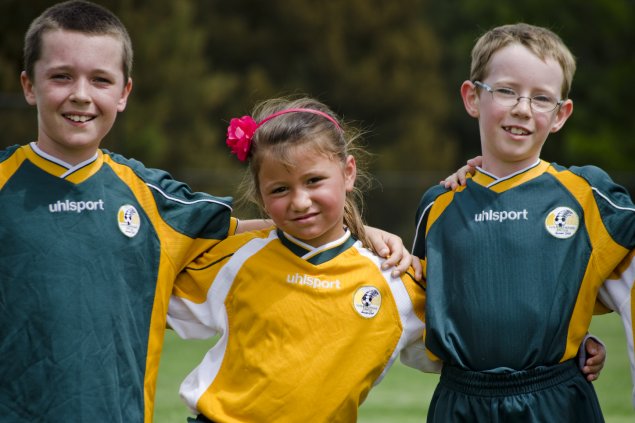 This is a new weekly series profiling Canberra sporting clubs. To nominate your club for an upcoming profile, please email editor@the-riotact.com.

Peter Kline - 55 minutes ago
Tony Armstrong great news. View
Mazzie Woodward - 8 hours ago
We don’t have a working hospital and they are building a giant battery 🔋 does anyone else find this utterly ridiculous? View
HiddenDragon - 12 hours ago
"....will ensure that the nation’s capital remains at the forefront of a booming industry – supporting new jobs in emergi... View
News 161

Mark Johnson - 3 hours ago
If it’s not licenced what’s it doing on a roadway anyway … View
Julie Macklin - 7 hours ago
Alicia Conley The ACT has no cycle paths. They are shared paths. Yes, those around the lake were built with people on bikes i... View
chewy14 - 8 hours ago
"That they are public doesn’t mean there are no rules for using them." Exactly my point. That the rules should preclude cyc... View
Community 16

chewy14 - 8 hours ago
Nobody, Interestingly, one year later, that number is down to 100 under construction or "planned", with another 300 "proposed... View
whatwik - 13 hours ago
There's certainly a nuclear reaction from the usual suspects here any time renewables are mentioned. View
Futureproof - 14 hours ago
Nuclear - the Greens say no New hydro dams - the Greens say no Windfarms in remote areas - Bob Brown says no... View
Community 49

Juanita Tee - 8 hours ago
David Keir what are you specifically doing for them 🙃... View
Liv Miller - 10 hours ago
Rachel Edmondstone love 💓 this View
David Keir - 14 hours ago
Virginia Loizou sounds like you’re the one whinging champ View
Property 28