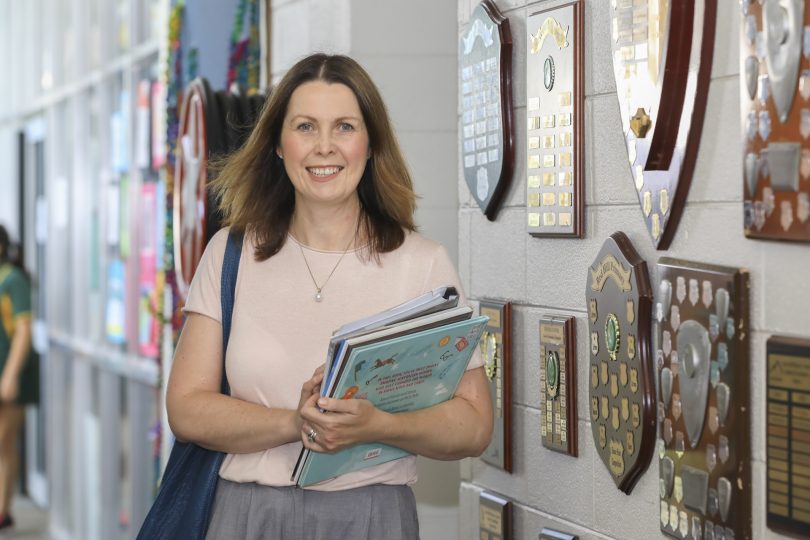 Events planned to celebrate Red Hill Primary School’s 60th anniversary have been cancelled due to COVID-19, the school’s P&C has announced.

However, work is continuing on compiling a history of the school, and a souvenir magazine will be produced to mark the anniversary.

A 60th Anniversary Heritage Community Open Day was scheduled to be held at the school on Sunday 3 May as part of the Canberra and Region Heritage Festival. It was to include an exhibition of items from the school’s history and current student performances, plus provide an opportunity for former students and staff to record oral histories.

However, the event will not be able to go ahead due to the current COVID-19 social restrictions. An evening event that was scheduled for 3 April was also cancelled.

Red Hill Primary School historian Emma Campbell said it is disappointing the open day is unable to proceed, but is hopeful it can be staged in the future once the pandemic threat has passed.

“In the meantime, we are still working on compiling the history featuring recollections, photos and objects of former students and teachers, many of who had planned to attend the open day,” said Ms Campbell.

“Anyone else who would like to contribute their memories or offer items of memorabilia can fill out a questionnaire, available through the P&C and on the school’s website.”

Ms Campbell said former staff and students are also urged to mark the 60th anniversary by purchasing a personalised paver that will be set in the ground of a new seating area around the school’s oval.

The paver fundraiser is part of a continuing effort by the school community to regenerate the oval and its immediate surrounds. People can choose from a single/child, or hand-drawn picture, paver at $50, or a double/family paver for $100. They must be purchased by 3 July, 2020.

Former students and teachers who are interested in purchasing a paver or filling out a questionnaire can visit the Red Hill Primary School website or emailing rhps.pandc@gmail.com.

Red Hill Primary School opened in 1960 and has become one of Canberra’s largest and most diverse primary schools with families from Indigenous, diplomatic, government, defence, academic and business backgrounds. There are 850 students representing 50 nationalities.

Former students and staff who wish to get in touch to share their stories about the school, and to be updated about future events to celebrate the 60th anniversary, can email the above address.

Sad that the reunion had to be postponed but on a positive note the establishment of this site has allowed many of us to catch up via Messenger or posting on the site.
Thanks Emma and Vanessa for organizing all this and the happy memories it has brought.

Shane McMinn - 25 minutes ago
Quangers, or the Socialist Republic Of Queanbo.. View
MERC600 - 2 hours ago
Quangers has it all over Canberra these days. No graffiti , grass mowed and no rubbish floating about. The other article on t... View
Sarah Winders - 3 hours ago
Lorraine Neville what do you all call it? View
Sport 18