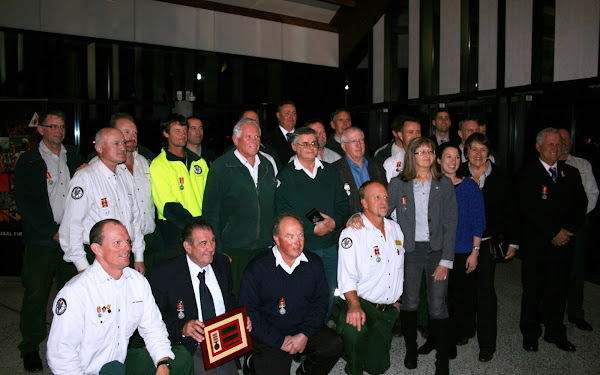 The careers of thirty five fire fighters were recognised last night in a ceremony held at the Arboretum in Canberra.

“I’m incredibly proud of the staff in our teams for their dedication to the ACT Rural Fire Service,” Neil Cooper, Manager Fire, Forests and Roads for ACT Parks and Conservation Service said today.

“Each of the medal recipients has put themself at risk to protect the people, properties and environment in the ACT, which is an important commitment to recognise.

As soon as we know the names of these fire fighters we’ll include them in the story.

Let us not forget the other 135 volunteer firefighters who were also recognised for their service.

Margaret Pascoe - 34 minutes ago
Talk to your bank, the PM said he was going to put a freeze in place. View
Graham McNicholas - 4 hours ago
John Boland yes very much. Let the relief flow down so everyone looked after then the tennants will be too View
Alex Dapontes - 8 hours ago
Micheal Connolly Banks are not freezing mortgage so if my tenant does not pay rent I still have to pay my taxes , land tax ,... View
News 32