The establishment of the Drug and Alcohol Court has meant a shuffle of positions in the courts. Photo: George Tsotsos.

ACT Chief Magistrate Lorraine Walker has been appointed as an Acting Judge of the ACT Supreme Court, and will oversee the ACT’s first Drug and Alcohol Court (DAC).

Ms Walker will take up the role from 1 August for a 12-month period as final arrangements are being made for the DAC to be up and running by the end of the year.

The ACT Government hopes to reduce repeat offending where the cause is a substance addiction, with the new court offering sentencing options that include treatment orders. 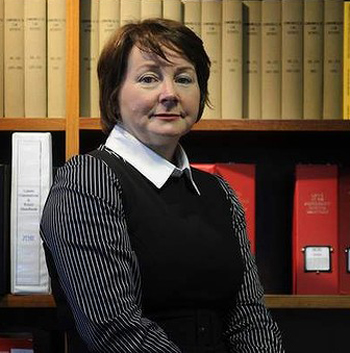 Attorney-General Gordon Ramsay said the DAC aimed to reduce crime and antisocial behaviour by supporting offenders to deal with drug and alcohol addiction.

“The DAC will have significant long-term benefit for the ACT community,” he said.

“The appointment of Ms Walker to support this important initiative shows just how serious this Government is in its commitment to reducing recidivism and promoting restorative justice.”

He said Ms Walker brought a wealth of experience to the role, from nine years as a Magistrate and then Chief Magistrate for the Territory.

“Her professionalism and reputation ensures that this appointment will benefit the Supreme Court, the legal sector, and the wider ACT community,” Mr Ramsay said.

“Ms Walker is well-respected throughout the ACT legal profession and is known to have a strong commitment to therapeutic jurisprudence.”

Mr Theakston was appointed as a Magistrate in May 2016.

“Mr Theakston’s elevation to the Acting Chief Magistrate role is a testament to his strong leadership skills and positive contribution to the Magistrates Court,” Mr Ramsay said.

Margaret Hunter has been re-appointed as a Special Magistrate for an additional year, to bring her appointment out to 31 December 2020.

Dan Cope - 1 hour ago
👏 well done Emma. View
Alexandra Mary - 2 hours ago
Jaimie-Lee Peattie it is! So awesome to see more being set up View
Montana ONeill - 2 hours ago
This is good to see and hopefully it grows throughout the region to other areas💙 View
Opinion 51

J D - 2 hours ago
Fact one : Attendance to vote in an Australian Federal Election is Compulsory. Fact two : the Australian Electoral Commission... View
Capital Retro - 6 hours ago
That's pretty much what I said but in auditing after polling day the anomalies would be detected and the person could be dete... View
News 3

Acton - 4 hours ago
Bats carry desease, shriek incessantly, spread fleas, stink, excrete copiously, but have been allowed to take over part of Co... View
kenbehrens - 8 hours ago
The Government has been keen advocates of people, especially renters, being able to grow their own food. We have a vege patch... View
jwinston - 9 hours ago
Our hospitals are dysfunctional, roads aren’t maintained and education is nearly non-existent. But let’s waste time produ... View
News 10

The housing market in Canberra is absolutely back with a vengeance. There were a record number of auctions last week:...
News 15

@the_riotact @The_RiotACT
We've got all the hot news in this week's newsletter - from hot property, to hot-desking. Subscribe now! https://t.co/nl4QFZTDQW (41 minutes ago)

@the_riotact @The_RiotACT
The hearing for an Australian Federal Police officer accused of forcing a woman to touch his genitals has ended with his lawyer arguing there was "ample basis for reasonable doubt" https://t.co/TfE5K5Ae2H (56 minutes ago)