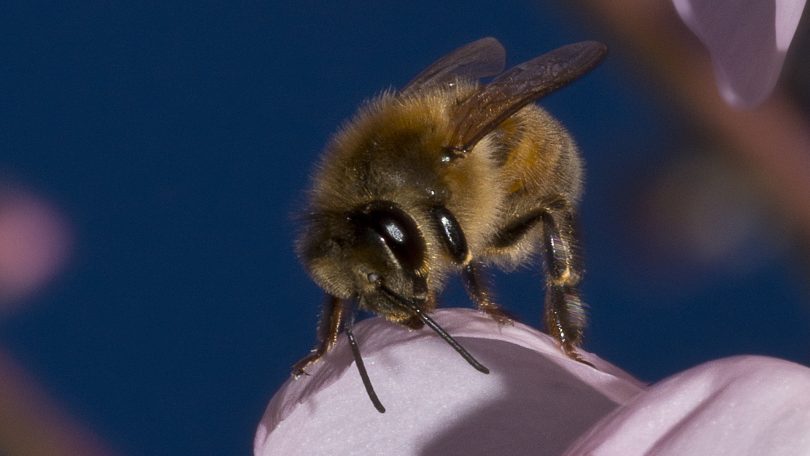 Italian queens and Russians, of course. You can pay per queen, with discounts on orders over 10, over 50, over 100. Carniolan Queens, inseminated breeder queens, rapid response behaviour queens, plus postage … wait, what kind of magazine is this?

A copy of Australasian Beekeeper was brazenly left open in my local library, not even secreted in a brown paper bag. I was immediately fascinated. This was a window into a world completely unknown, aside from my understanding that bees are important for life on our planet.

Mail-order queens! What strange world is this?

Beekeepers have always seemed romantic figures to me, with their sci-fi suits and veils, lonely existence and secret smoke-magic. Do they hypnotise the bees? Seduce them? How do they not get stung? Do the bees trust them? Do the bees perhaps fall a little bit in love with their keepers, in some kind of Baader-Meinhof sense? 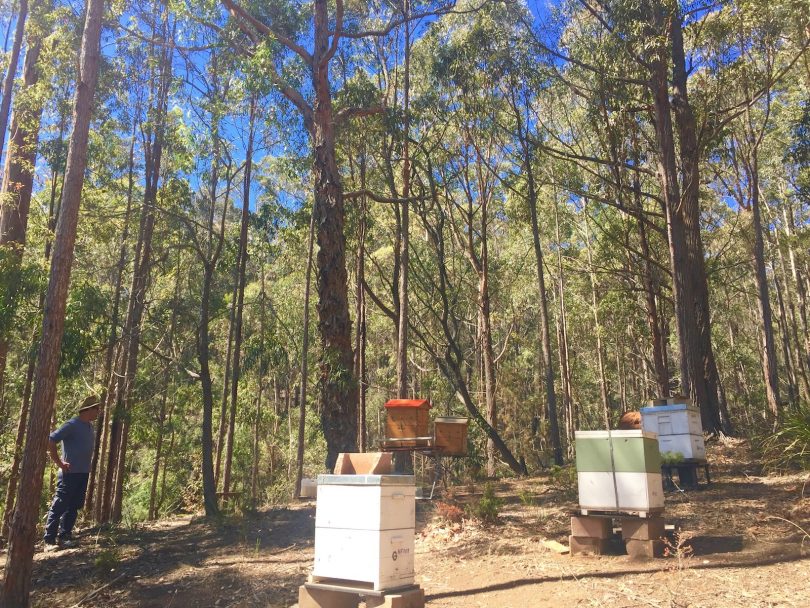 Greg Sproates and his hives in the bush at Bournda. Photo: Lisa Herbert.

Greg Sproates has himself been seduced by the world of bees over the last year. Greg initially set out to save the world one hive at a time and began his journey with two ‘flow-hives’, the Australian invention of low-disturbance hives.

Living at Wallagoot, just south of Tathra in scrubby Melaluca, Acacia and tea-tree bush, Greg now has five hives, with a sixth underway.

At an average of 60,000 bees per hive, this means he looks after around 300,000 bees and at least five queens, some of which, yes, Greg has ordered over the internet and received by mail.

Deb Alker of the Tathra Post Office hadn’t always known you could post bees, but says there are now “many people in the area receiving queens by post”, and she calls Greg as soon as his latest ‘royal cargo’ has arrived.

Buzzing expectantly in her special little box, with her supply of icing sugar and some other bees for company, how does she feel, this queen, about to meet her future handler, sight unseen?

How does Greg feel as he drives to the post office. Is she intact? Will she be happy? Will she be a gracious and benevolent ruler? Or will she be a little cranky? What indeed will be her attitude?

“I do feel a little excited when I’m off to collect a queen, and yes, bees do have attitudes,” explains Greg. “Ideally you want a queen that is quiet and non-aggressive”.

He also adds that “attitudes between hives can be different”. 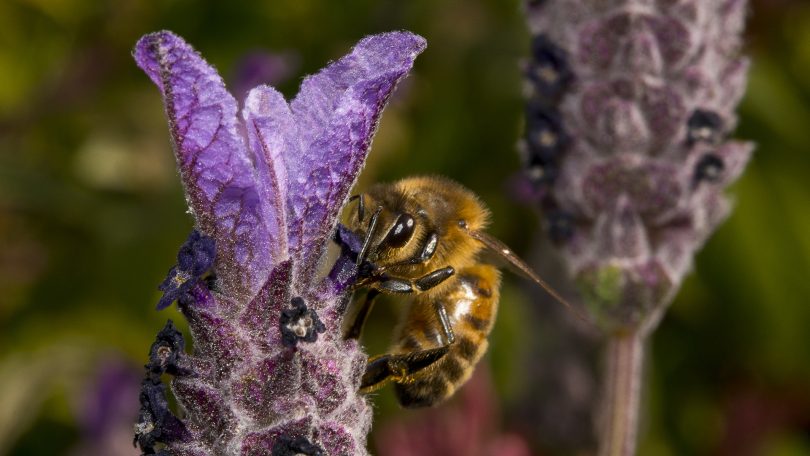 Greg leaves the hive without a queen for a few days “so the previous queen’s pheromones dissipate and the new queen can be accepted”. Hygiene is also important because a “healthy and genetically hygienic queen means a healthy hive”.

How does Australia Post feel about transporting these important, yet tiny, creatures? Chené Owens, who works with Deb at Tathra Post Office, first came across mail-order-queens when she worked at the post office in Katherine, NT. Now married to a Bega lad who himself has six hives, she agrees with Deb that “you shouldn’t post your queens on a Friday”.

“We get a little bit excited if we can hear the buzzing in our big Express Post bag. We always call the bee-keeper straight away,” Chené says.

“I’ve learned quite a bit about bees and queens through the process here at the Post Office,” adds Deb, who is considered by many to be a ‘Queen Bee’ of Tathra.

While the queen is the star, the worker bees are in fact the controllers of the hive.

They conduct all housekeeping and cleaning, look after the hive itself, forage for nectar and pollen, and build stores of honey for winter.

Not surprisingly, the workers are female. The males are referred to as drones. As Greg explains, “they typically do nothing except mate with the virgin queens”. The entire purpose of the hive is really to support the egg-laying productivity of its queen. 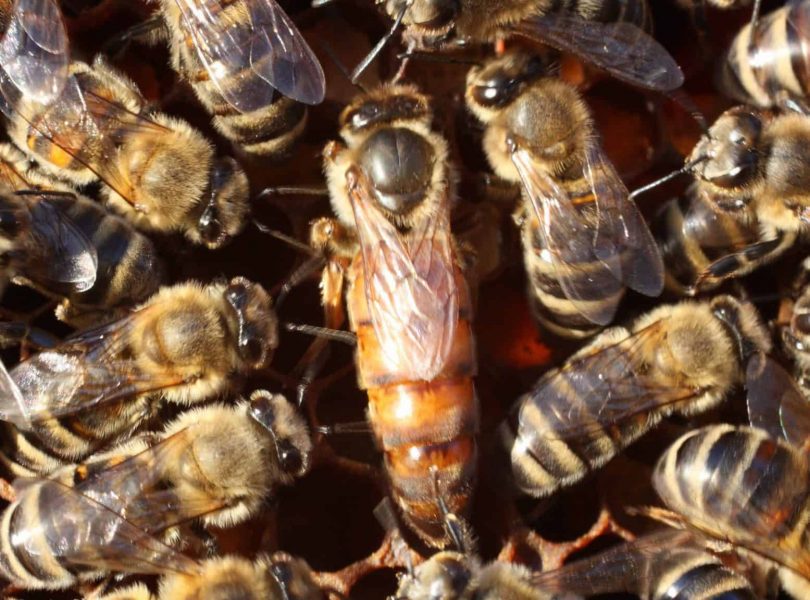 Of course, not all queens have to be mail-ordered, hives do make their own queens. If the worker bees in a hive sense that their current queen’s health or egg-laying ability is lacking they will begin the process of producing a new queen. The information they receive for this and other decisions is gathered via the queen’s pheromones.

If a queen is raised within the hive, she takes around 16 days to gestate in her hive-approved ‘queen cup’, aided by nurse bees, then she begins to chew her way out of her wax cell, her minions helping her. She has been fed a diet of royal jelly throughout her entire larval phase, whereas the drone and worker larvae only receive this famous jelly for their first three days.

If the queen of a hive senses that there is a new queen emerging, she may flee from her current home, taking many workers and drones with her. Before they leave they will drink their fill of honey to take with them, which they need to make the wax and build new cells.

“If there is more than one queen,” says Greg, “they will sort it out among themselves. However, a hive left without a queen for too long can become quite cranky.” 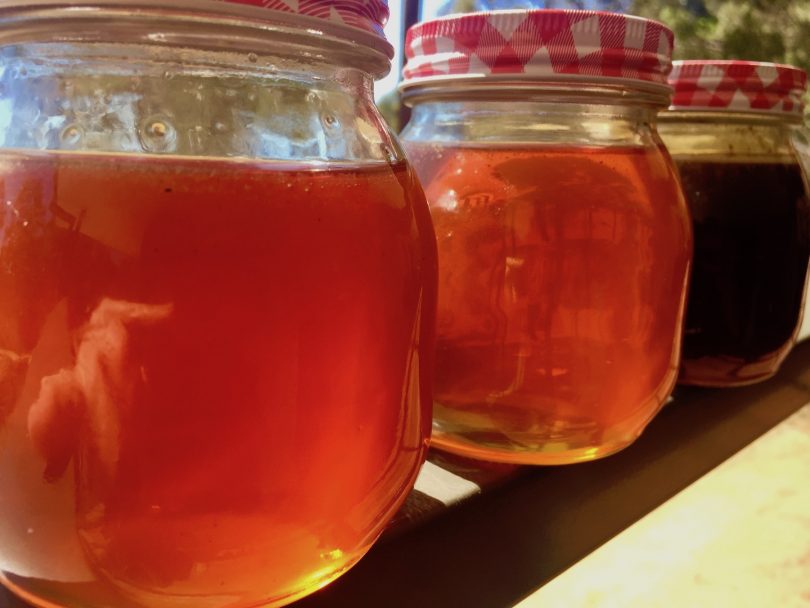 Greg was recently called to rescue a hive from a felled tree on a nearby property – a mission that called for a new queen.

“The bees were understandably upset and I couldn’t see if there was an intact queen, so I scooped them up and brought the hive home and then ordered a new queen. Things seem to be going along ok so far.”

Greg often sits with his hives, observing and learning their behaviour, watching the different colours of the pollens they gather, wondering where they’ve been.

“Once upon a time I just wandered through the bush oblivious, and now I notice everything that is flowering, all the native flora.

“They’re so important. We don’t want to be like China, where the bee population has been devastated by chemicals and disease and where pollination often has to be done by human hands.”

It’s an image that stayed with me all the way home. Pollination by human hands! That doesn’t seem right, does it?

Feed the bees people, let your garden grow. And when you hear an Australia Post package buzzing, be gentle.