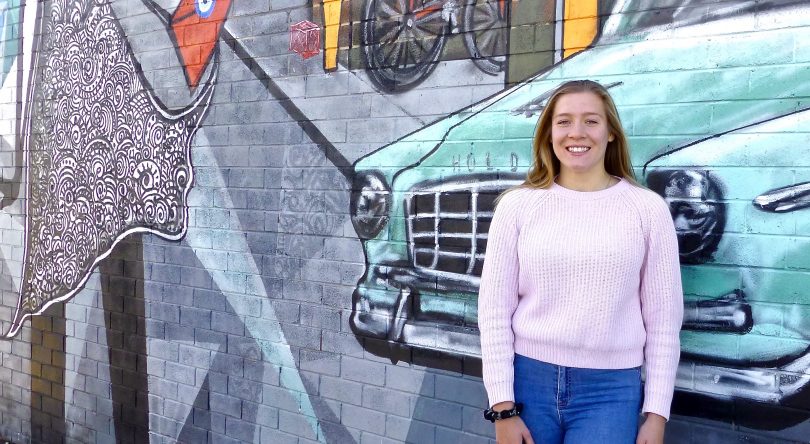 Maja Rathouski, who became homeless after a family breakdown, is now pursuing a career with the Australian Federal Police. Photos: Michael Weaver.

“It all happened so quickly. There wasn’t a lot of time to think about what I could take with me, or where I’d be going or what I’d be eating,” says Maja Rathouski, who became homeless after a family breakdown when she was 15 years old.

Maja, now 18, is the human face of poverty in Canberra.

As part of Anti-Poverty Week from 13 to 19 October, Maja is bravely sharing her story, which is also one of success.

“It was really difficult to not know what I was doing, but all of the challenges have shaped me to who I am today,” Maja told Region Media.

“I wouldn’t take anything back, I wouldn’t change anything. I think the reason why my story is a success story is that I had such a connected group of people around me.”

As a bright 15-year-old, Maja led a full life, loved sport, had a boyfriend and went to a reputable private school. However, Maja’s relationship with her parents was fractured, which led to her leaving the family home. With only a backpack and in her summer pyjamas, Maja started her long journey to find somewhere to call home.

“I don’t think I slept so much. I think I was more walking. I slept more so in the day, and that’s when people see you.

“You don’t want your teachers or your friends to see you out. You haven’t brushed your hair, or brushed your teeth. You’re sunburned. And you’re wearing your pyjamas from five nights ago.”

While Maja is happy to talk about her experience, she hid from her homelessness. She managed to finish school and then a school-based apprenticeship, learning IT, all while on her own.

On weekends, she worked at McDonald’s and played soccer, and was regularly being promoted in the Army cadets.

Eventually, she moved from emergency accommodation into transitional housing and now has a place of her own.

Maja’s story is also part of a podcast called Unlikely, produced by online charity GIVIT to coincide with Anti-Poverty Week. Host Bree Element talks to three Canberran women and their caseworkers to raise awareness of real stories from Canberrans and their tipping points into poverty and their pathway to a better life.

ACT Government figures show that last financial year, more than 1000 young people between the age of 15 and 24 were supported by Canberra homelessness services.

Red Cross ACT regional manager Mark Duggan said Canberra has a hidden rate of poverty, with the second-highest amount of homelessness in the nation.

“About 26,000 Canberrans suffer food stress, spending more than 30 per cent of their income on food,” Mr Duggan said. “And 25,000 Canberrans live below the poverty line. Our key message is poverty exists and we can do something about it.” 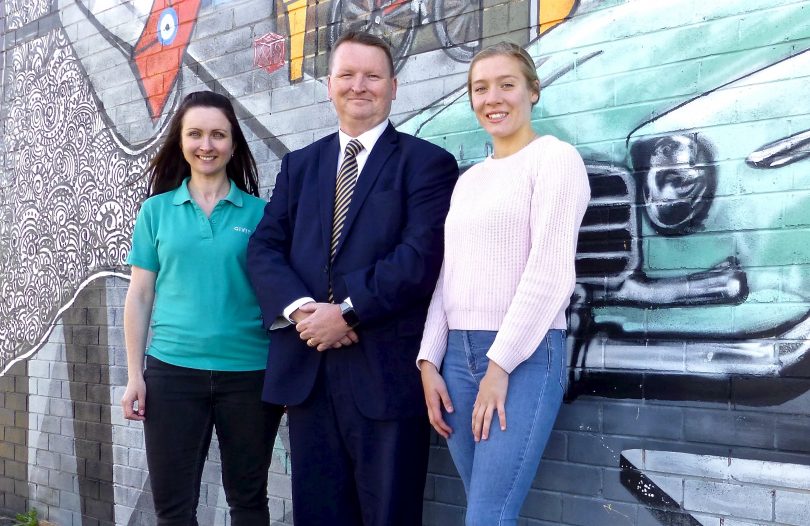 Manager of GIVIT ACT Caroline Odgers, regional manager of the Australian Red Cross Mark Duggan and Maja Rathouski at the launch of a podcast about homelessness in Canberra.

Susan Helyar, the CEO of ACT Council of Social Services (ACTCOSS), which advocates for social justice in the ACT, said people from all walks of life experience poverty.

“Those most at risk of poverty in Canberra include Aboriginal or Torres Strait Islander peoples, people in newly arrived communities, people with disabilities, people over the age of 80, carers and single-income households, especially those with children,” Ms Helyar said.

ACTCOSS will also run a series of events to build public awareness and encourage people to take action to eliminate poverty.

This includes living on a lunch of 66 cents on Tuesday and an event hosted by Canberra Homeless Connect on Thursday that offers a one-stop-shop that brings much-needed services and care to everyone from rough sleepers to couch surfers. Guests will receive free haircuts, shoes, dental and medical checks, sessions with housing agencies and more.

For Maja, who hopes to one day get back in touch with her parents, these services are what helped her most while she was homeless.

“I would like to think that I was really strong-willed and that I could do things on my own, but I wouldn’t have been able to survive without all these support services.

“I would really like to join the AFP and be in a leadership position where I can really help people,” she said.

But first, Maja also has plans to travel overseas. This time, she will take a few more clothes than just her pyjamas.

Thanks for your support RiotACT

I think people would be shocked to know the extent of homelessness in the ACT. 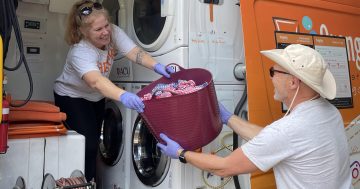 A positive spin for Canberra's homeless