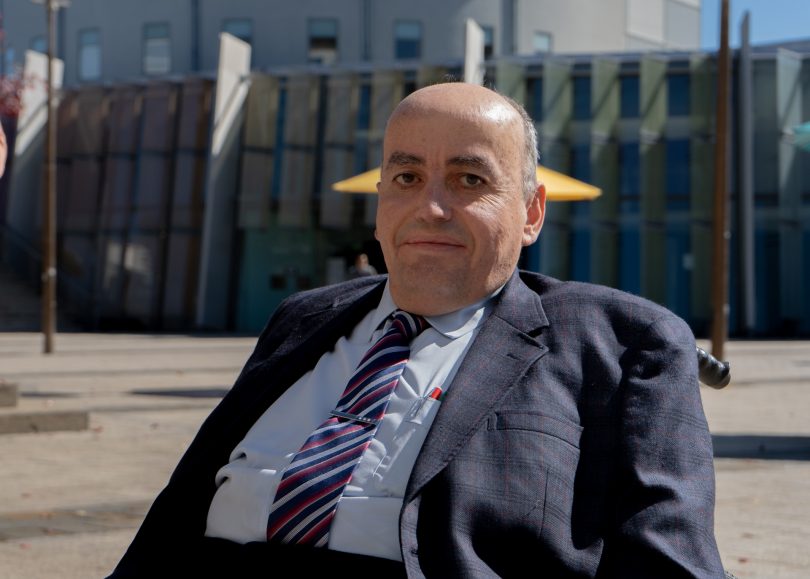 Advocacy for Inclusion head of policy Craig Wallace said the taxi subsidy scheme was not working in its current form and wasn’t well advertised either. Photo: Region Media.

Advocates say the ACT’s taxi subsidy scheme continues to be plagued by endemic issues such as subsidy caps that are too low and a more general lack of awareness and under-utilisation.

These concerns have been backed up by a recent Auditor-General’s report which concluded the scheme is “hampered by a lack of clarity”, and it’s impossible to know whether it’s meeting the needs of the community.

ACT Auditor-General Michael Harris ultimately recommended the government conduct a review of the scheme, which is available to Canberrans who have a disability or mobility restrictions that prevent them from using public transport.

Mr Harris’ report found of the 8675 members in the scheme, 40 per cent had not accessed it in the last five years.

It was also critical of a lack of “rationale” behind the scheme’s subsidy amounts and subsidy caps as they had not kept pace with the average flagfall and fare per kilometre rate for taxis.

And while the Auditor-General couldn’t say whether the caps were appropriate, he did write that because they hadn’t kept pace with the costs of taxis, it was likely the scheme’s benefit was “deteriorating’ for members.

This wasn’t a surprise for Advocacy for Inclusion’s head of policy, Craig Wallace.

And while Mr Wallace supports the principle behind the scheme, he was concerned about how this was translating into practical support.

“It’s not really possible for a member of the scheme to transport themselves from Gungahlin to the Canberra Hospital because that costs around $65 which puts the person out-of-pocket by about $30 each trip,” he said.

Mr Wallace flagged issues with the subsidy caps of 50 and 75 per cent, and the total cap limiting how many trips people could take in a year.

“The scheme should be open and uncapped for those who need to use it, and it should be pegged automatically to increases in taxi fares,” he said.

“It’s not like this is an immense strain on the public purse – it’s a targeted measure which only impacts small numbers of Canberrans.”

Both Mr Wallace and the Auditor-General’s report picked up on another issue with the scheme – that people who need to travel greater distances are more disadvantaged than those who travel smaller distances.

“To the extent that affordable housing and social housing is increasingly located in new suburbs on the outskirts of Canberra, there is likely to be a continuing and growing inequity associated with members’ use of the scheme,” the Auditor-General wrote.

“The scheme was put together at a time when Canberra was smaller and less dense and it hasn’t kept pace with the growth of the city,” he explained.

Mr Wallace also argued that the scheme has historically been under-advertised and “hidden away”.

“I don’t want to speculate on the motives, but it has become a piece of the transport system that isn’t widely known about,” he said.

“For people with disabilities who are managing risks around COVID-19 and being in public spaces, knowing they have the option to get a taxi for a lower price would be a real help.

“Copping the full fare may mean they have to compromise on food, clothes and other essentials.”