Jason Paul Hawkins, 46, was arrested in Canberra before being extradited to NSW to face a murder charge. Photo: Region Media.

The man police will accuse of shooting a woman to death in Newcastle has been arrested and extradited from the ACT to face a murder charge.

About six months ago, 61-year-old Stacey Klimovitch died when she opened her front door and was shot.

The man NSW Police will accuse of pulling the trigger, 46-year-old Jason Paul Hawkins, first appeared in the ACT Magistrates Court on Saturday (27 November). He told Magistrate James Lawton he had been helpful to police since he was arrested the day before.

“I’ve cooperated as much as I can so far,” he said.

“I know the allegation is murder, but there’s no statement of facts or anything.

“You can see in my history, I’ve changed my ways.”

Magistrate Lawton remanded Hawkins in custody to Monday (29 November), saying he would hear the application to extradite him to NSW then because the court had heard the police officers from Newcastle wouldn’t be able to arrive in the ACT to take him back to their state until then.

On Monday, Magistrate Lawton remanded Hawkins into the custody of NSW Police to appear at Queanbeyan Local Court as soon as possible, but he did not appear there that day.

NSW Police said emergency services were called to a home in the Newcastle suburb of Stockton just after 8:00 pm on 9 June 2021, following reports of a shooting.

“A 61-year-old woman answered her front door before she was shot; she died at the scene and was later identified as Stacey Klimovitch,” they said.

Police arrested 29-year-old Stuart Daniel Campbell in Honeysuckle on Friday (26 November) and will allege he is the one who orchestrated the shooting.

Hawkins was then arrested in Chisholm on Friday evening and police will allege he is the one who shot the gun that killed Ms Klimovitch.

Mr Campbell appeared in the Newcastle Local Court on Saturday charged with murder where he did not apply for bail and it was formally refused. His matter was adjourned to 27 January 2022. 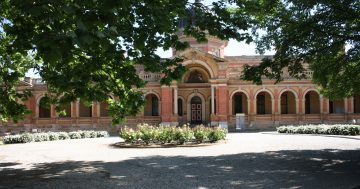