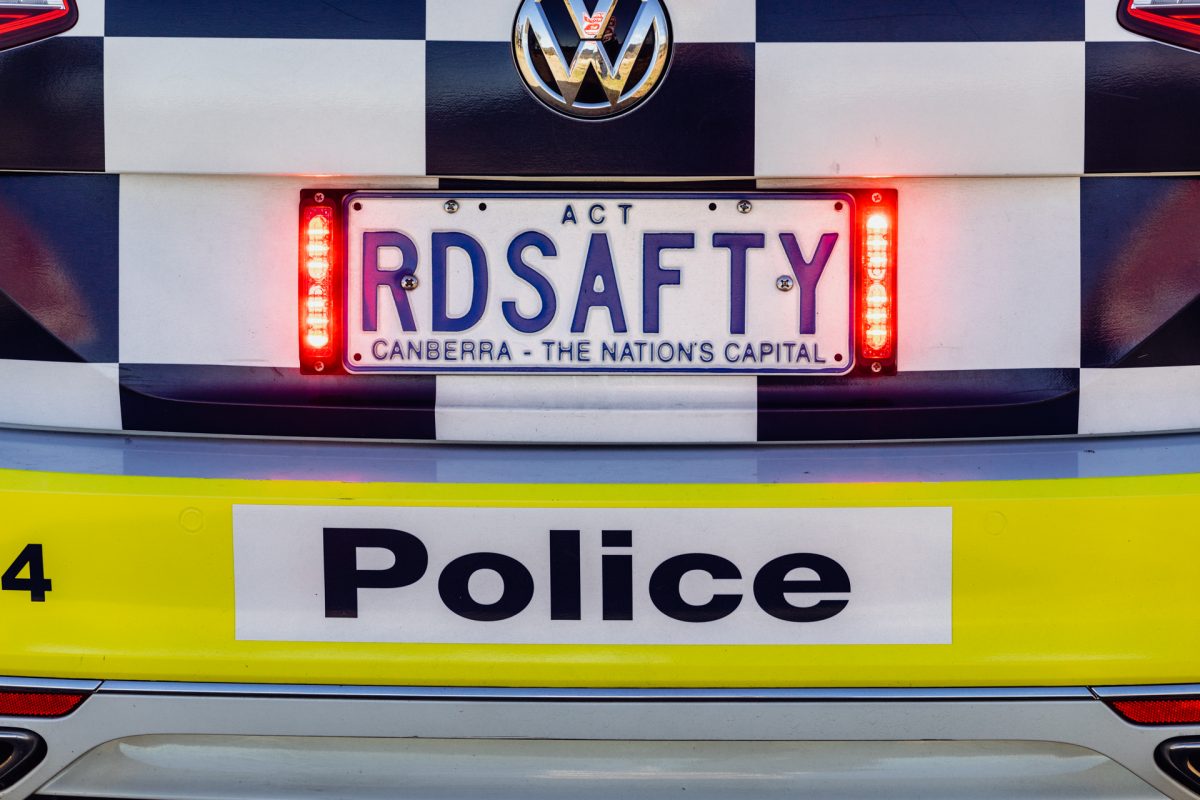 Lost licences, thousands in fines and a man arrested for allegedly trying to avoid police – these were just some of the incidents which occurred on Canberra’s roads over the Labour Day long weekend.

This included a Taylor man who was charged with six driving offences, after allegedly crashing into a tree while trying to evade arrest.

Police said they tried to stop a grey Ford Falcon in Ngunnawal at about 11:20 pm on Sunday (2 October).

After officers turned on their warning lights, it’s alleged the Falcon’s driver drove up a gutter and onto a nature strip to try to get away.

It’s believed the driver lost traction, spinning 180 degrees. Police alleged he then “heavily accelerated” towards the officer’s vehicle before losing control and crashing into a tree.

The man was accused of trying to escape on foot, before he was caught about 50 metres from the crash site.

Upon his arrest, the 27-year-old allegedly told police he had used methamphetamine about three hours before the incident.

Further investigations revealed the man was driving his father’s vehicle without his consent.

The man was charged with aggravated furious/reckless driving, failing to stop for a motor vehicle, driving while disqualified, breaching good behaviour obligations, taking a motor vehicle without consent and driving with a prescribed drug.

In one incident, police detected a grey Ford Wildtrak travelling at 124 km/h in a 100 km/h zone on the Majura Parkway on Saturday morning (1 October).

While speaking with the 45-year-old driver from Dunlop, police saw a 14-year-old asleep in the backseat without wearing a seatbelt.

The driver was fined $966 and accrued 12 demerit points, meaning his licence was suspended for three months.

On the same day, police saw a white Volkswagen Amarok swerve around a stopped vehicle at the traffic lights on Cessnock Street in Fyshwick, before it ran a red light.

Police stopped the vehicle, which was being driven by a female P-plater from Latham.

She was fined $502 and received four demerit points, meaning she lost her licence for three months.

The 17-year-old had only received her provisional licence nine days prior.

Finally, a Harrison man was fined $2798 after being stopped in Acton.

Police saw a white Holden Cruze travelling 80 km/h in a 60 km/h zone on Barry Drive at about 9 pm on Saturday (1 October).

He was fined for speeding, unlicensed driving, driving with suspended registration and driving an uninsured vehicle.