About 8.15pm the man entered a supermarket in the Canberra Centre on Bunda Street, stealing a multipack of matches and attempting to take money from the till.

At about 8.20pm, a man matching the same description entered a service station on Lonsdale Street and threatened the cashier with a syringe, leaving the store with a sum of money.

CCTV footage was obtained and a detailed description of the man was circulated to police.

At 12.45am on Sunday (10 August), the same man allegedly entered another service station on Lonsdale Street threatening the attendant with a syringe. After the attendant failed to open the till, the man jumped the counter and stole sunglasses, tobacco and mobile phones. The man left on a bicycle with a second man who waited outside on a second bike.

The man was arrested by police at about 1.55am in Kanangra Court with the stolen items in his possession.

He was transported to the Watch House and charged with multiple offences including aggravated robbery with offensive weapon and theft.

He will appear in the ACT Magistrates Court on Monday (11 August) where bail will be opposed.

Police are urging anyone who witnessed these incidents and may have information to contact Crime Stoppers on 1800 333 000, or via www.act.crimestoppers.com.au. Information can be provided anonymously.

I’m going to hazard a guess, and a prediction here: 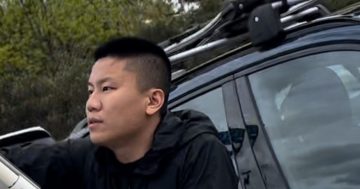