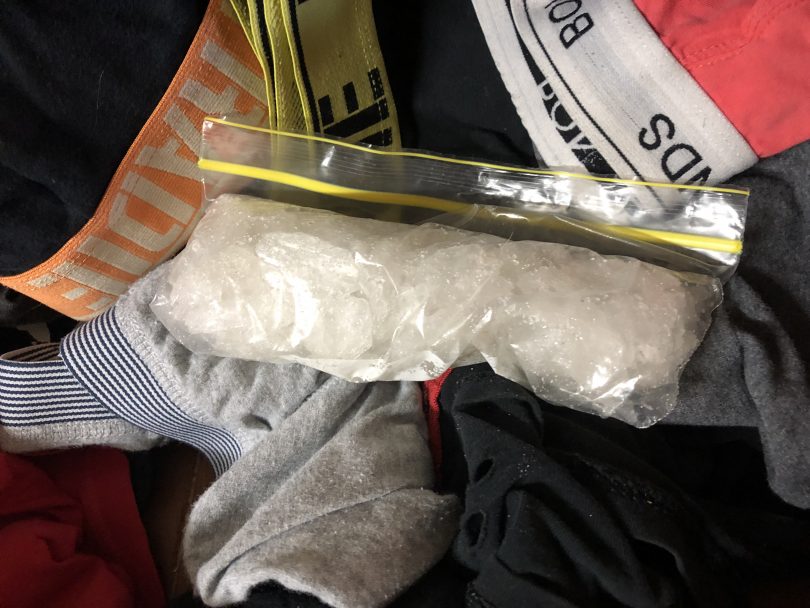 130 grams of crystal methamphetamine was seized from a home in Isabella Plains. Photo: Supplied by ACT Policing.

A 51-year-old man will face the ACT Magistrates Court today (12 December) after police seized $20,000 in cash and $52,000 worth of crystal meth, otherwise known as ice, during an operation targetting bikie gangs.

Police also seized more than $20,000 which is believed to be the proceeds of selling methamphetamine.

The man was arrested and taken to the watch-house where he was charged with trafficking in a controlled drug other than cannabis.

“130 grams of methamphetamine equates to 1300 deals. Sold at about $40 for a deal this equates to $52,000 of criminal profit. Criminals who sell illicit drugs like methamphetamine trade on the misery of others for their own financial benefit,” Detective Station Sergeant Hains said.

“Ice is an evil drug and costs the Australian community billions of dollars per year. I can guarantee you the dealers aren’t paying taxes to help fix their damage.