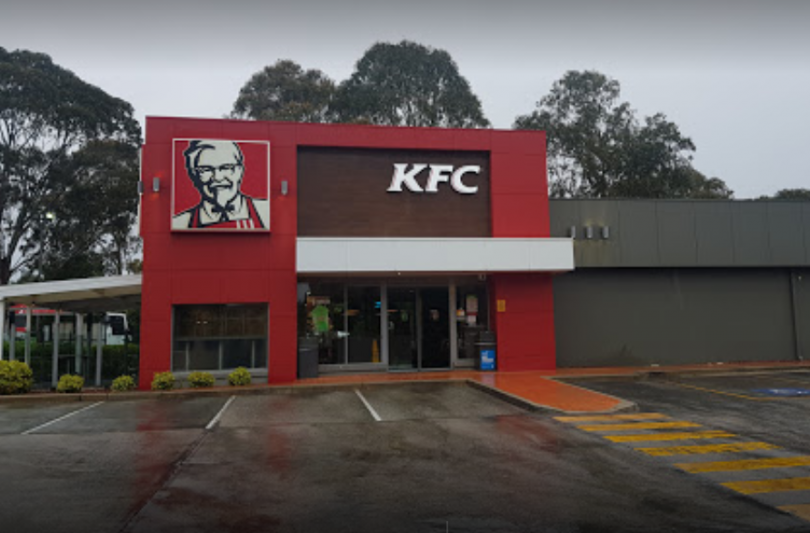 An investigation is underway following an incident outside KFC Queanbeyan this morning. Photo: Google Maps.

Updated 4:45 pm: A 36-year-old woman has been arrested following a short pursuit near Batemans Bay after police noticed a blue Ford Focus they believe to be linked to the earlier incident at the KFC car park in Queanbeyan East.

It will be alleged the car was used to flee the scene after an unknown man, armed with a knife, threatened two men, aged 32 and 60, in the car park of the fast-food restaurant in Waniassa Road at about 6:15 am today (3 June).

The woman is assisting police with their inquiries.

Investigations are continuing to locate her two passengers, a male and a female.

2:00 pm: One man has been shot and two other men were threatened with a knife during an incident in the car park of the KFC restaurant in Queanbeyan early this morning (3 June).

The KFC and nearby businesses in Waniassa Street, East Queanbeyan, are now part of an area of investigation by detectives and police officers after a man armed with a knife entered a Kia Cerato in the car park of the fast-food restaurant at about 6:15 am.

Police have been told the man threatened two men, aged 32 and 60, with a knife before he exited the vehicle and fled the scene with a man and woman in a blue Ford Focus with NSW registration CZ 72 NM.

Shortly after 7:00 am, police were notified that a 39-year-old man from Pambula had presented to Queanbeyan Hospital with a gunshot wound to his lower torso.

He was transferred to Canberra Hospital where he remains in a serious condition.

There have also been several reports of a loud bang heard in the Queanbeyan area early this morning.

Officers attached to Monaro Police District attended the scene and commenced an investigation.

Detectives have since established Strike Force Fihelly to investigate and determine whether the man from Pambula is linked to the incident.

No one has been arrested as yet.

READ ALSO Can you identify these men?

Anyone with information that may assist with the investigation is urged to call Queanbeyan Police on 6298 0599 or Batemans Bay Police on 4472 0099, or contact Crime Stoppers on 1800 333 000 or make a report via the NSW Crimestoppers website.

This is the second serious incident within a week in Queanbeyan, after a 39-year-old man was stabbed in the stomach and a 17-year-old boy was left with cuts to his hands after a brawl in Morisset Street, outside Kmart, just after 3:00 pm on Tuesday last week (25 May).

Two women were arrested and charged with affray over the incident.

LOL
“Why does Queanbeyan get such a bad rap?”
“Shooting at Queanbeyan KFC”

Mount Ainslie is not in Queanbeyan. The whole area is going wild. 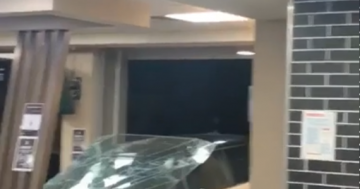