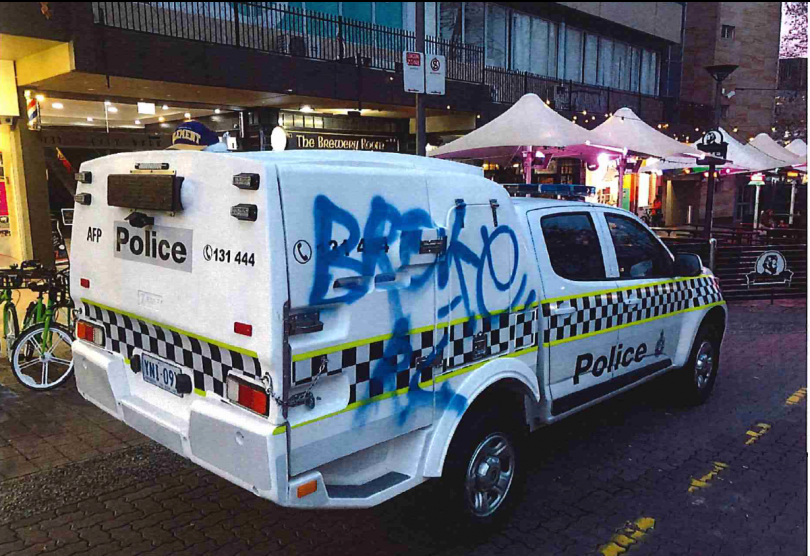 The man is alleged to have graffitied a police vehicle. Photos: ACT Policing.

A 39-year-old O’Connor man will face the ACT Magistrates Court today (11 January) charged with a string of graffiti incidents.

Between May and October 2020, police allege the man committed the offences in Dickson, the City and O’Connor.

The man is alleged to have defaced police vehicles, light rail vehicles and the Sydney Building. 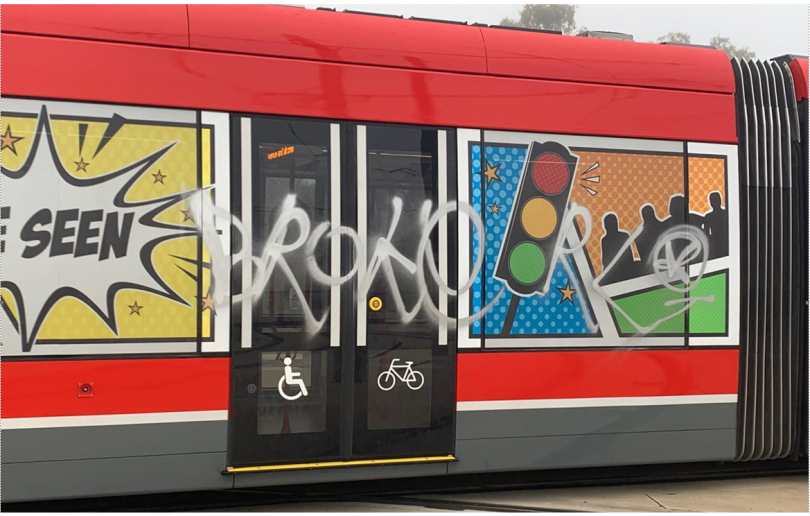 The man is alleged to have defaced light rail vehicles.

“Our investigation indicates the offender would often commit these offences in full view of members of the public, while the offender was also allegedly spotted taking photos of his tags with a mobile phone shortly after committing the offences,” Inspector Rachel Hutka said.

“These incidents amount to property damage which is a criminal offence. 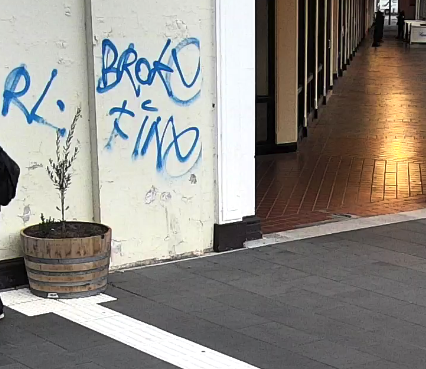 “The cost of the damage is real, with significant expenses involved in the clean-up process.

The man will face a total of seven charges, including defacing Commonwealth premises, damage property, and defacing public property.

TheSilver - 10 hours ago
I'm not. The only two real world usage studies I mentioned predate what's happening now. View
Jacob Mulholland - 11 hours ago
The vaccine isn't a shield or a cure. You can get the flu vaccine but still get the flu, just not as much as compared to some... View
chewy14 - 13 hours ago
JC, Definitely agree with that, testing in those high risk settings should be a given.... View
Breaking 1

kenbehrens - 12 hours ago
You are correct. The issue is a moral one. A few companies have voluntarily repaid Jobkeeper, but most will just keep it. It'... View
chewy14 - 13 hours ago
Phydeaux, Putting in recovery provisions would have made businesses far less likely to access Jobkeeper, the exact opposite o... View
griffite - 14 hours ago
Exactly, so much for "good economic managers" - who designs a scheme that excludes any accountability or ability to reclaim g... View
News 43

@the_riotact @The_RiotACT
When David Grimshaw purchased a replica German World War Two military #tank from @Ausarmour Museum, he didn't know how others would receive it. It wasn't long before the tank, went viral https://t.co/oAb78cGjnI (13 hours ago)