Is anyone up for a little support for those in Syria who are braving a lot more than the weather to be on the streets?

An initiative called Global March for Syria aims to take people from all over the world to the streets on March 15, 16 and 17 in support of the Syrian people’s struggle.

The campaign is explained in a video called “Against a Dictator” 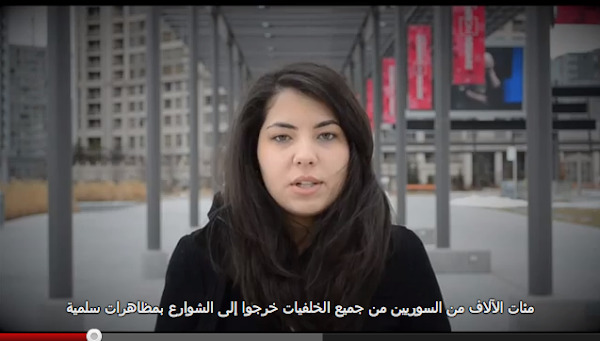 SP Brogues - 55 minutes ago
All that landfill View
Vickie Saunders - 12 hours ago
Not seeing a face makes one confused. Clarity pays off. View
Lorraine Marsh - 13 hours ago
Fed up seeing them all over canberra. One will do.... View
ACT Election 27

Julie Macklin - 3 hours ago
Colin Vivian, The bridge replacement was a suggestion from the Federal government, not local. Now it's not to be replaced, bu... View
Colin Vivian - 3 hours ago
Peter Mackay if they’re smart they could look at Trackless Trams at 1/5 the cost. No need for ridiculous bridge replacement... View
William Mudford - 3 hours ago
The Liberals announced the other day that they would fund their promises by encouraging people to “move back from Queanbeya... View
Property 14

@The_RiotACT @The_RiotACT
Canberra's much-loved GG's Flowers has to move and needs a new home for their blooming social enterprise. Can you help them find a new place to blossom? https://t.co/oH67IWg4dc (26 minutes ago)