Marcus Popp at the NFSA 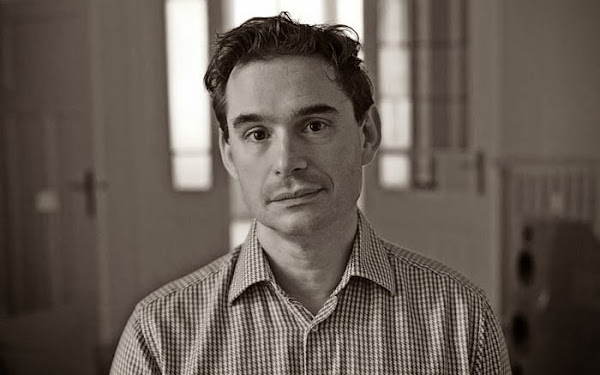 Lovers of beeps and bops and all the other wonderful sounds that make up electronica take note! German electronic musician and sound theorist Markus Popp is doing this thing this Saturday at the NFSA Theatrette alongside Spartak and Hinterlandt.

Markus Popp
Markus Popp’s now legendary early album releases sent shockwaves through the“electronica” landscape in the late 1990’s—introducing a unique, new sound and digital production aesthetic. With an undeniable instinct for the pleasantly irritating, the drastic and the dreamy, Popp pioneered ‘glitch’ and ‘clicks & cuts’, inspiring and provoking an entire generation of musicians to this day. After a long hiatus, Oval is back, changing the game all over again with a new, groundbreaking ‘hyperreal’ style and no less than 150+ compelling tracks, spanning two EPs (Oh EP and Oval/Liturgy split EP), two double CDs/DVDs (O and OvalDNA) as well as a brand new, surprise collaboration album (Calidostópia!) – proving him as one of the prolific and influential forces in contemporary electronic music, a true visionary of digital audio and beyond.
markuspopp.me

aussie2 - 3 hours ago
Firstly I would be challenging directing all southbound traffic to Woden interchange. We are spread out. Surely those outside... View
chewy14 - 5 hours ago
I actually like what they are proposing here and I think integrating the CIT into the new development space is a sensible mov... View
JC - 9 hours ago
So true. It’s far easier to whinge about anything and everything. Though think the core issue is many here just don’t lik... View
News 9

Capital Retro - 8 hours ago
You can't help bad luck OI L. View
Capital Retro - 10 hours ago
Home batteries generally are duds: https://www.solarquotes.com.au/blog/battery-test-centre-reports/?utm_campaign=sq_news_week... View
Ol L - 12 hours ago
Interest free but still a loan. And who would want a second hand EV given their finite batteries? And yes I do own one. View
News 2

chewy14 - 14 hours ago
Dolphin, The Greens will never be a realitisic alternative whilst they refuse to deal with reality when determining their pol... View
dolphin - 1 day ago
its not hard jwinston, just look at the libs and you understand why. they are just too socially conservative for most of us.... View
HiddenDragon - 1 day ago
"....The question now is making it work and be accessible to as many Canberrans as possible..." No, Zed, the question is and... View
News 31

Kristine Evans - 23 hours ago
Andrew Barr Then you need to let parents into schools before this happens. View
Christopher Marlowe - 1 day ago
Jenna Vdv that's why HECS/HELP exists View
Rod Phillips - 1 day ago
I'd like to see a bit more planning and less guessing all round! We've seen the impact of poor quarantine procedures through... View
Food & Wine 2

@The_RiotACT @The_RiotACT
Running seven marathons in seven states in seven days will be uncomfortable says Kaiti Penrose who is one of six runners in the region taking on the Bravehearts challenge to end childhood violence https://t.co/Briu2xeOMC (4 hours ago)

@The_RiotACT @The_RiotACT
Galilee School will be opening for year 11 and 12 students in 2021 creating opportunities for students challenged by mainstream education https://t.co/gGkYC1X3yN (5 hours ago)