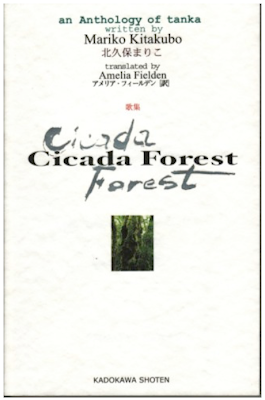 The Japanese writer and performance poet, Mariko Kitakubo, is going to be appearing at Jamison’s Asia Bookroom next month for a reading of her ‘tanka’ poetry from a new anthology, translated into English by Amelia Fielden (translating poetry often being more taxing than writing it in the original language).

Amelia will give a brief explanation of the tanka form and its background. Wearing traditional kimono Mariko and Amelia will then perform, in Japanese and English, a large selection of poems from Cicada Forest to
musical accompaniment by Rupert Summerson playing the shakuhachi.

Admission is by gold coin donation. All money raised will go towards NTA East Indonesia Aid.

John Vallance - 12 hours ago
Lucas Anasdow um.... because like all vaccines it goes through testing. once testing and trials and results are reviewed then... View
News 2

Brent Carlisle - 14 hours ago
I was shearing in the 1980’s and we where talking about how bad the conditions where then and nothing has really changed. View
James Tartarus-Gibson - 14 hours ago
Patrick Honeysett you and I will get a kick out of this 🤣 View
Property 15

Chris Vlahos - 15 hours ago
Should be built alot further back from the monaro highway for future road lanes and traffic expansion if need be. Esp with th... View
show more show less
*Results are based on activity within last 7 days

It's the week before the national holiday that causes division across the country, so it wouldn't be right for me...
Opinion 60

Whenever a story about cycling appears, it activates an avalanche of pent up angst from the wider community. Predominantly it’s...
News 54

@The_RiotACT @The_RiotACT
The COVID-19 vaccine rollout will be a focus of the ACT Budget this year, which is expected to be around $900 million in the red for 2020-21 https://t.co/czVFKo6XAx (34 minutes ago)

@The_RiotACT @The_RiotACT
As the region marks one year since the Orroral Valley fire began, ESA boss Georgeina Whelan says Defence still has some questions to answer https://t.co/yirx3OfKTM (2 hours ago)

@The_RiotACT @The_RiotACT
Even well run, financially strong sports struggled in 2020. Tim Gavel asks: how many community sports will survive if the pandemic continues? https://t.co/WXpu8lWkhu (5 hours ago)