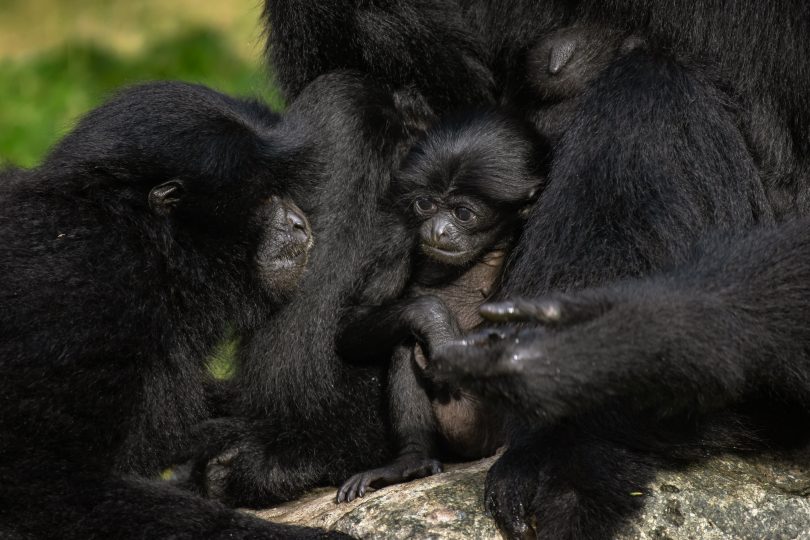 The baby siamang is wide-eyed and keen to explore. Photos: Supplied by National Zoo and Aquarium.

The National Zoo and Aquarium’s cuteness level has gone through the roof, as the zoo celebrates the birth of its three newest members.

Common marmoset twins and a baby siamang have been presented to the world in time for the ACT’s school holidays, as the young offspring settle into their new surroundings.

Proud mother Tunku and father Cian have increased their siamang family to four, with the zoo’s senior wildlife keeper Rachael Thomas saying even older sister Miliyah is wanting to help raise the baby.

“Each siamang has its own unique personality and that’s certainly shown in our new siamang baby,” Ms Thomas said. “The baby is very curious, very confident and always keeps trying to run away from mum when she’s not watching so she does need to keep an eye on it.

“Older siamang sibling Miliyah is also getting really involved with the rearing of the infant by playing with it, touching it and even trying to take it off mum to wear it on her stomach.” 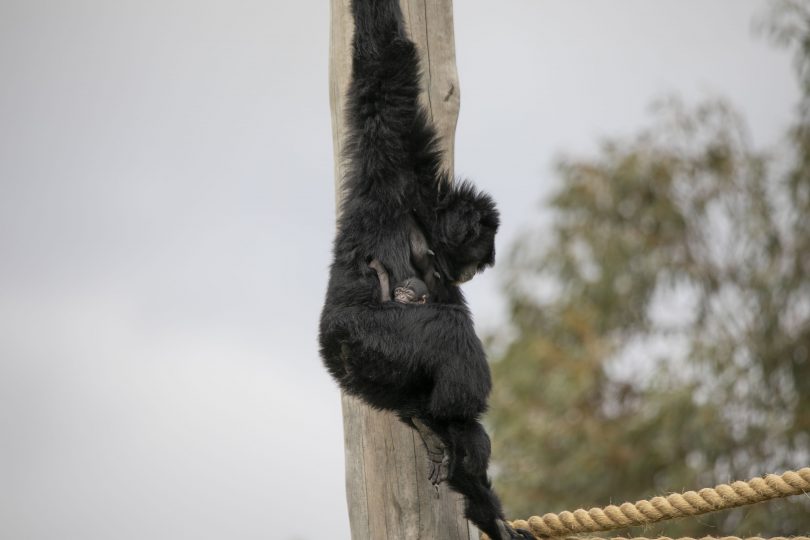 The National Zoo and Aquarium is part of a regional breeding program for siamangs, with Tunku and Cian now having successful birthed two siamangs. Currently, siamangs are on the endangered list due to habitat destruction and hunting for pet trade.

“Siamangs are the largest members of the gibbon family. With apes as their closest cousins, siamangs are referred to as ‘lesser apes’,” Ms Thomas said. “But what they lack in body size compared to a great ape, they make up for with their personality.

“Only four per cent of siamang habitat in the wild is protected and the National Zoo and Aquarium is playing a vital role in ensuring that there is a sustainable population of siamangs in captivity.” 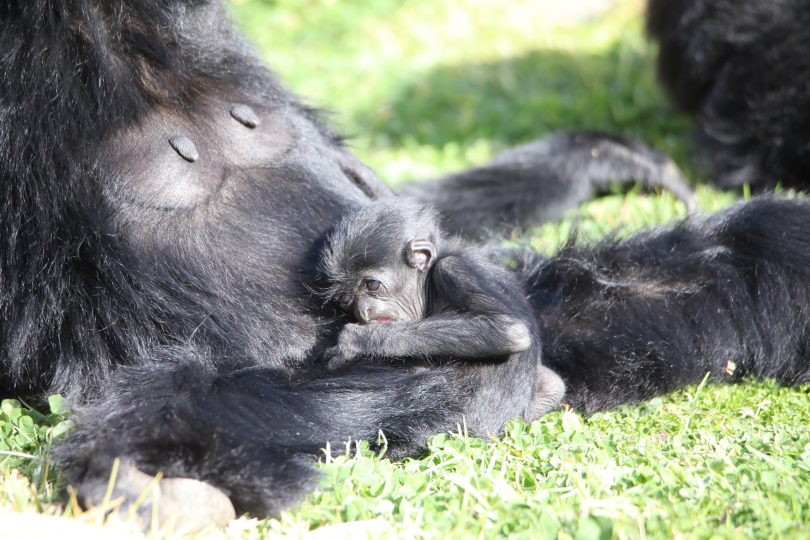 On the other side of the zoo, a family of common marmosets are raising their two new babies together, which is not unusual for the hands-on family.

“Marmosets commonly have twins, with infants weighing up to 27 per cent of their mother’s total body weight at birth,” Ms Thomas shared. “The demands of pregnancy, lactation and the difficulty of carrying two heavy infants mean that the female is unable to rear offspring on her own.

“Instead, infants are raised by the entire group in a practice known as collective rearing. 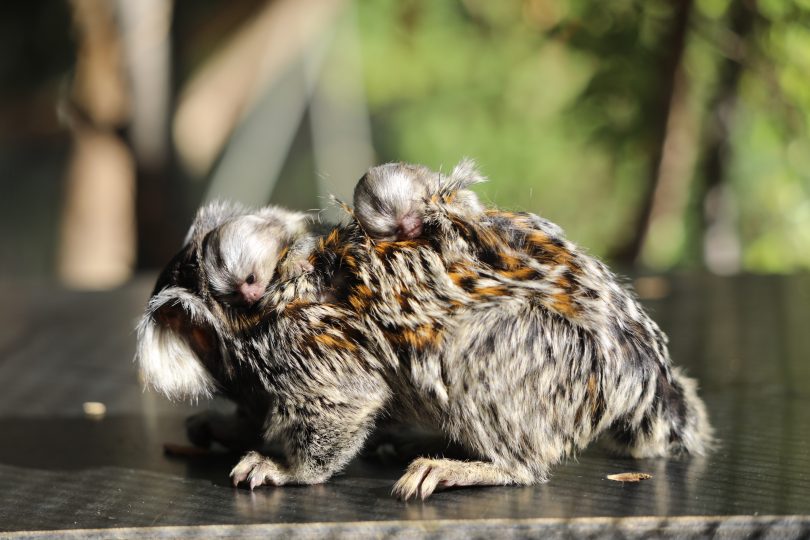 Marmosets are a tight-knit family.

“The babies are currently being carried around by different members of the family so if you come and visit them at the zoo, you won’t generally see them on mum and dad.

“The twins’ four older siblings have actually taken on the role of parenthood and are learning how to take care of their own young by carrying the younger siblings around.”

Ms Thomas said though common marmosets are not endangered, they take on the role of ambassadors for their struggling cousins.

“Currently common marmosets are listed as least concerned, however, they do serve as ambassadors for their cousins such as a cotton-topped tamarin, who are endangered,” she said. 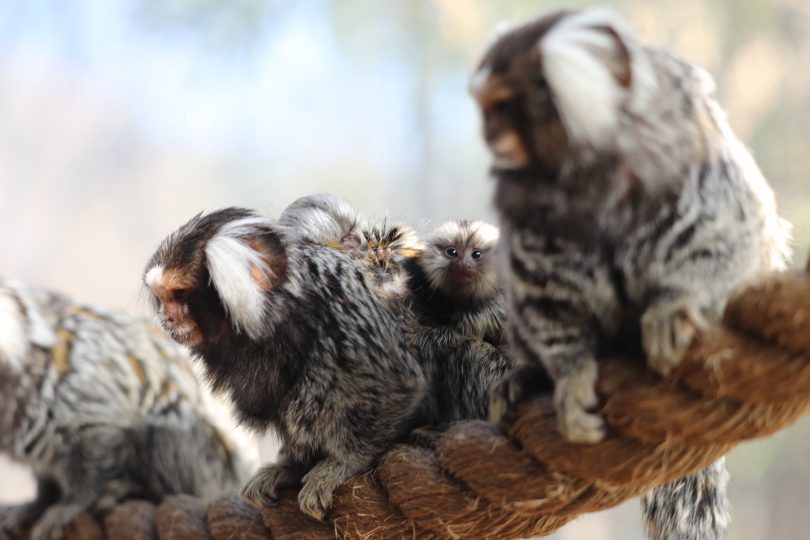 Raising a family is no monkey business.

“These species are struggling due to habitat loss and destruction. They are also suffering due to the pet trade because a lot of them get taken as pets.

“Common marmosets and siamang babies do grow very quickly so make sure you come down to the zoo these school holidays before it’s too late.”