Experts in buying, selling & renting
Your property, your future
7 August 2020 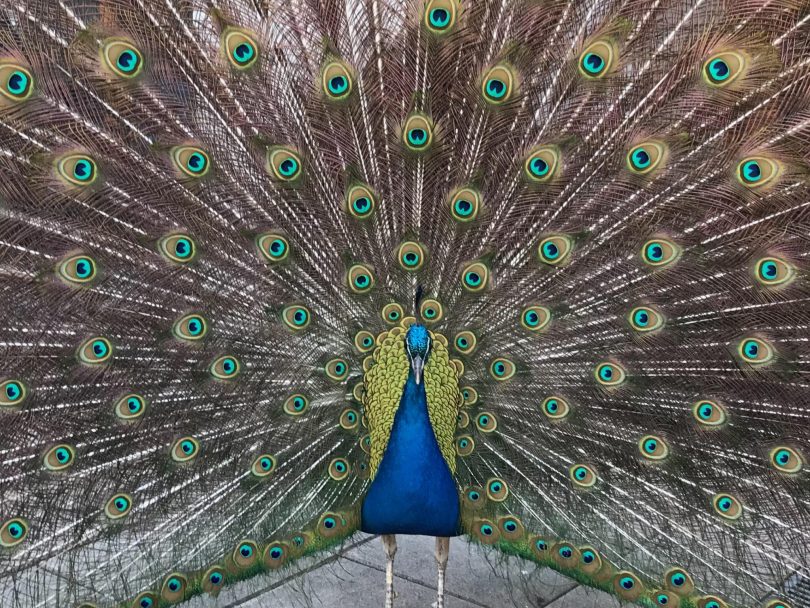 Lasting through the spring months, Narrabundah’s peacock population will go through the annual mating ritual, with proud males showing off their flashy blue and green tail feathers to allure a female.

Narrabundah Peafowlers spokesperson Timothy DeWan said a major part of the male’s mating ritual is trying to impress the girls with the colour and length of their train and the size of the ‘eyes’.

“They don’t really know what a calendar looks like, but as soon as it gets warmer, the boys start picking up and the girls start looking around for the boys,” Timothy said.

“You can tell it’s mating season because the boys start to get together in a group called a ‘lek’. They grow their feathers for the mating season, and they start showing off around the backyards and parks of Narrabundah.

“It’s the boys who frock up for the girls when it comes to peacock land.”

The boys start to signal their availability by calling out to the females, which Timothy says can be beautiful to hear during the evening, but admits may not be so pleasant after the sun sets.

“Normally at this time of the year, we hear their calls around sunset then they’re roosting in local trees,” he explained. “But as the mating season progresses, they like to call out at inconvenient times of the night to let the girls know where they are.

“It can be loud and annoying when they call out at 2 AM, but it is something you learn to live with. We always ask the local community to be patient because occasionally, I think, it is good if we give way to local wildlife.”

Last year, the ACT Government announced its plan to rehome or euthanise the population but “overwhelming” community support saved the birds from being removed. Timothy said despite the mating season, the population will not grow excessively and he hoped the Government will realise they are “not taking over the world”.

“The birds have been here for 20 years, so they have probably been here longer than most residents,” he said. “We occasionally do an audit of the peacock population and it seems fairly self-regulated. It remains constant with around 30 members.

“They don’t seem to wander around much either, so they like to come back to the same place every evening.”

The majority of residents love these harmless birds who have a small grouping in Narrabundah. Certainly more colourful and less noisy than the cars doing donuts after midnight.