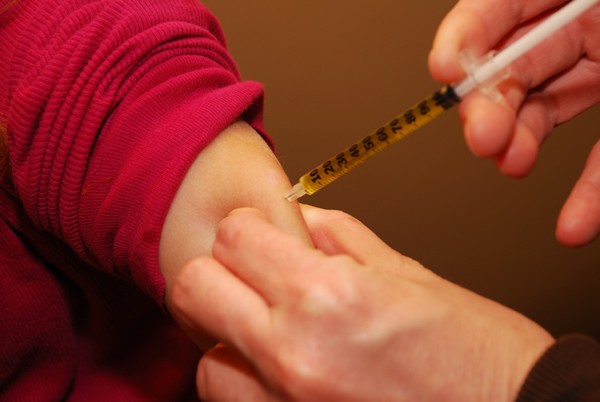 Canberrans have been urged to check for measles symptoms after a person who recently returned from an overseas trip was diagnosed with the disease.

Authorities issued the health alert this morning after discovering the person had visited a Woden shopping centre after flying from Melbourne to Canberra during the contagious period.

ACT Public Health Physician Dr Kerryn Coleman is alerting the community to be aware of measles symptoms following confirmation of a case of measles in the ACT, the second measles case since August.

Dr Coleman said the individual had likely acquired the infection on a recent overseas trip, prompting a reminder to those travelling overseas over the holiday period to make sure they are vaccinated.

She urged anyone who attended the UNITE 2018 Syro Malabar National Youth Conference at Philip Island Adventure Resort on 10 December or flew on Tiger Air Flight TT65 from Melbourne (departed 11:30 am) to Canberra (landed 12:30 pm) and anyone in Melbourne Domestic between 9 am and midday and visitors in Canberra Airport between 12:30pm – 2pm on 11 December to be aware of symptoms.

“People who attended these sites at these times should be aware of symptoms of measles from now until Friday 4 January 2019. These may include fever, tiredness, runny nose, sore eyes and a cough, followed by a rash which appears 2-7 days later,” Dr Coleman said.

“Anyone with symptoms of measles should seek medical advice, advising their health care provider before they arrive so that appropriate infection control precautions can be put in place to stop the spread of the infection.”

People generally develop symptoms 7-18 days after being exposed to a person with infectious measles, with 10 days being more common. People are infectious from four days before they develop a rash until four days after.

Dr Coleman reminded Canberrans that measles is a “serious disease and is highly contagious” among people who are not fully immunised.

“The virus is spread from an infectious person during coughing and sneezing or through direct contact with secretions from the nose or mouth,” she said. “Whenever a case of measles is identified in our community, it is a strong reminder that the best way to protect yourself and your family against measles is vaccination.

“Two doses of Measles Mumps Rubella vaccine (MMR) are required for immunity against measles and are given to children in Australia at 12 and 18 months of age. However, the vaccine can be given at any age after 9 months.

“With many travelling over the holiday period in the next few weeks, we are encouraging people to check their immunisation status and get up to date if needed before travelling,” Dr Coleman said.

For further information about measles, visit the ACT Health website