Meet Peter, a local vendor of The Big Issue 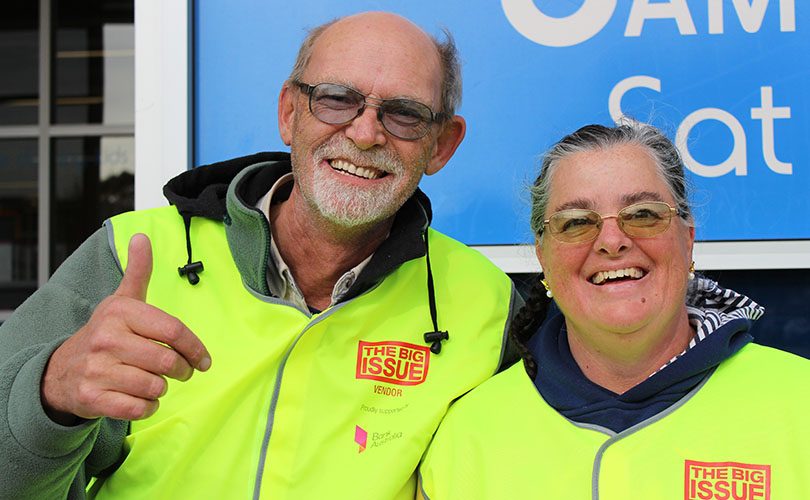 Peter and Genice have been married for over two years and work together to sell The Big Issue in Queanbeyan, NSW.

Peter is a vibrant, energetic and experienced salesperson who, with his wife Genice, has developed a market for The Big Issue magazine at his pitch out the front of Kmart in Queanbeyan.

“We have built this pitch up over the last 18 months,” explained Peter. “When we first started we would sit here for hours with no sales and thought we didn’t have a hope in hell. Then all of a sudden people started buying and now we have regular repeat customers who know us,” he said.

“People don’t realise how much enjoyment we get out of doing The Big Issue,” said Peter. “It’s our business. We haven’t won lotto, we work really hard at it, but it is great.” 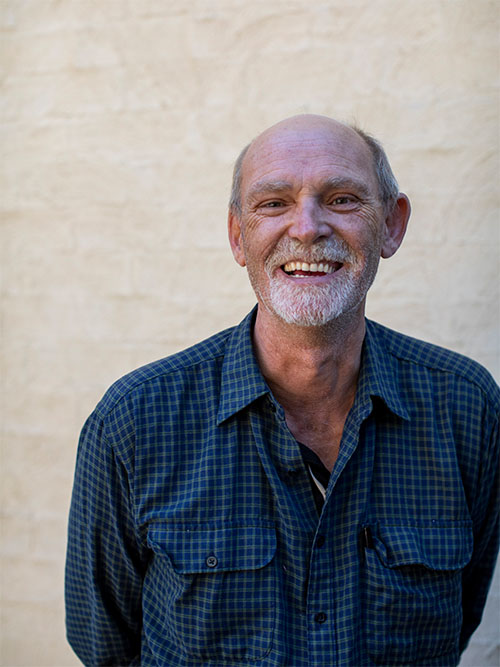 The feature photo of Peter in the latest issue of The Big Issue, out 14 June 2019, Photo: Sean Davey/The Big Issue.

Peter is featured in the 14 June 2019 edition of The Big Issue, a social enterprise that helps homeless, marginalised and disadvantaged people positively change their lives.

Like many vendors in the Canberra region, Peter has had some tough times. Selling The Big Issue magazine has helped with providing extra income for essentials and occasional luxuries. More importantly, it provides a sense of purpose and an opportunity to develop valuable skills and build relationships. 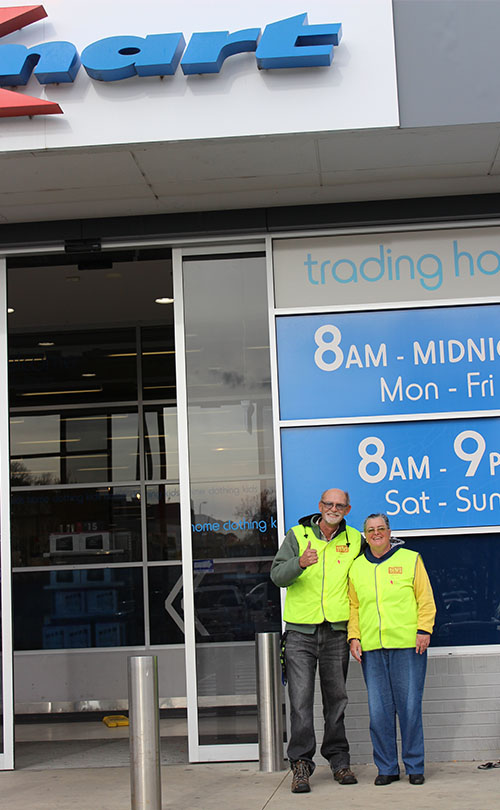 Peter and Genice at their pitch in front of Kmart in Queanbeyan, NSW.

The Big Issue in Canberra

Every fortnight there are up to 20 vendors in their fluorescent vests selling The Big Issue across Canberra. These people are running their own micro-enterprises. Buying the magazine for $4.50 and selling it for $9 means vendors can invest in more and make money.

Vendors earn an income, gain experience in sales, stock management and customer service as well as create connections with the community. It can take many hours standing on the street being passed by lots of people to sell a few magazines. These are truly resilient people.

For vendors selling The Big Issue, it means more than the extra money. In response to a recent survey conducted by Australian Catholic University Social Work students, vendors explained what The Big Issue means for them:

“(It’s) more than just a job ‘you’re not worthless, you can do something (sell Big Issue) People with disabilities get knocked back on a lot of jobs”

“Feeling of independence, confidence and a sense of purpose to do something every day”

were some of their responses.

Woden Community Service (WCS) manages the operations of The Big Issue in the Canberra region and is seeking a new home to run this program. WCS needs office space in the city area so that our vendors can drop in, buy magazines, get support and have a cuppa with us. If you know of any unused office space in the city that might be suitable, please get in touch with us on (02) 6181 2801 or email thebigissue@wcs.org.au.

You can also help by spreading the news about how The Big Issue helps vulnerable people. WCS welcomes invitations to workplaces or community groups to spread the word about The Big Issue and what you can do to make a difference.

And of course, next time you see a vendor, buy a magazine knowing that you are contributing to not only someone’s income but also their sense of self-worth and dignity. It is this that really makes the difference to people like Peter. 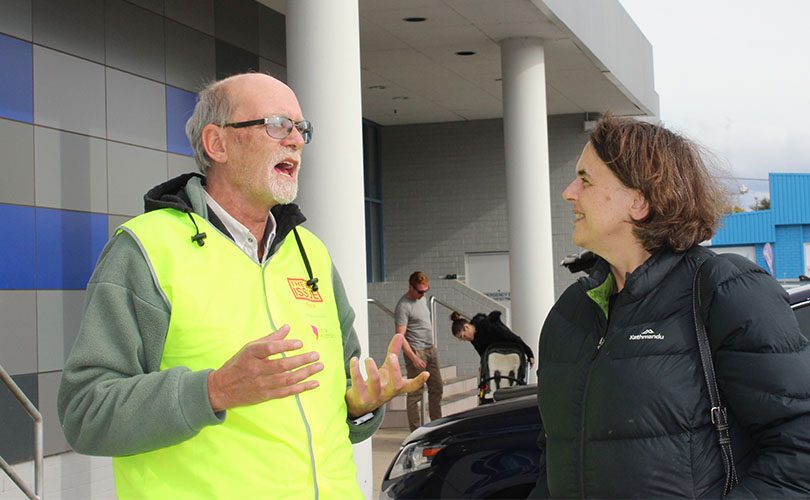 I always buy one

William Coats - 29 minutes ago
The land tax was to stop people “land banking” houses should be used as homes not stagnant investments View
Lea Powell - 6 hours ago
William Coats it takes time to change policy directions. It’s not as simple as a click of the fingers. View
Lea Powell - 6 hours ago
Kerry-anne Stafford appeal the decision. Why have they revoked it. Don’t take that lying down. View
News 5

@The_RiotACT @The_RiotACT
Did you know that it takes an average Australian 10 years to do something about their hearing loss once they realise they're affected by it? https://t.co/E4x3cUjwVr (13 minutes ago)