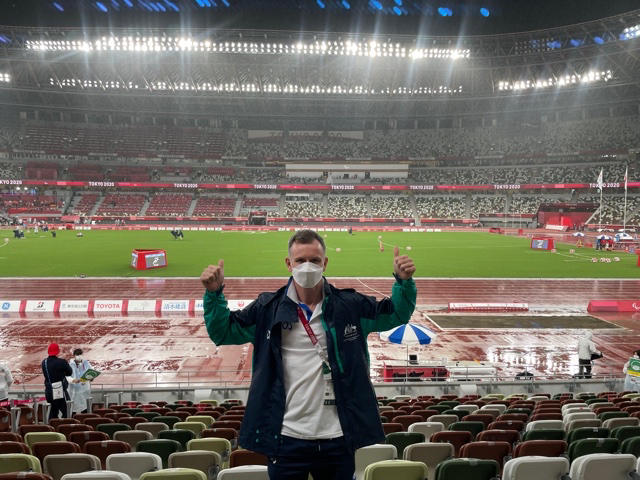 While usually found working in Canberra Hospital’s ICU, or with elite athletes at the AIS, registered nurse Luke Roberts recently travelled to Tokyo as the coordinator/nurse for the Australian Paralympics Team’s Medical HQ in the athlete’s village.

He joined his Canberra Health Services colleagues, ICU and ED nurses Nikki Ayers and Kathryn Ross, who both competed in the Paralympics rowing team.

Luke’s role was multifaceted and kept him busy. It involved not only coordinating medical services such as physiotherapy, soft tissue therapy and psychology for the athletes, but also completing nursing-specific tasks and generally helping out with everything else going on during the Paralympics.

“Sometimes it was emptying garbage bins, or carrying bags up to rooms and assisting with food services,” he says.

With a team of 340 people, including athletes and support staff, Luke had his work cut out keeping everyone safe.

“You get coughs and colds, blisters, cuts, bruises and injuries from competition,” he says.

“Being a Paralympics team, there are also lots of medical and personal needs specific to that cohort.”

With the Paralympics being held in the middle of the global COVID-19 pandemic, there were also some logistical challenges.

Luke describes just getting the Games off the ground and an Australian team to Tokyo as a “huge effort”. 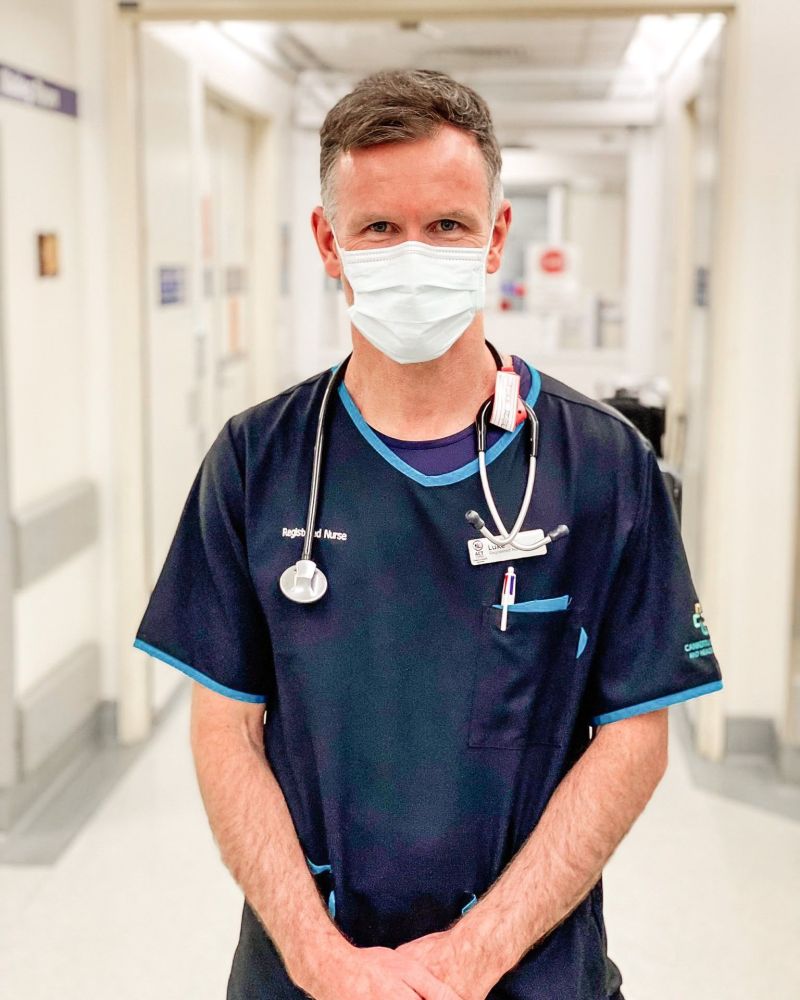 He says there were quite a few processes in place to ensure the Australian team’s safety while in Tokyo, including the athlete’s staying in a “bubble within a bubble”.

“The Paralympics Village itself was a bubble with tight security and biosecurity procedures in place, including the wearing of masks at all times, but then the Australian HQ was based in one of the apartment blocks within it,” says Luke.

“When people weren’t at competitions or training or just going out for a walk, they stayed within our HQ.”

Even the dining hall was off-limits for the Australian team as medical advice suggested that would be the area to present the most significant risk of COVID-19 infection.

“Instead, the Australian team was catered for by a fantastic group of Australian dietitians who organised food supply and deliveries with some local service providers, and Australian products that had been shipped over prior to the Games,” says Luke.

Thankfully, the Australian team didn’t record a single positive COVID-19 result during the Paralympics or from returning athletes in quarantine.

Although he suspects that might have something to do with the fact he’s come off the back of three weeks of long, busy days where he started work at 7:00 am and wouldn’t be done until after 10:30 pm.

“It’s been quite nice to have some time to rest, sleep and have some self-space,” says Luke. “I’ve got a bike and an indoor trainer, a laptop, a nice room and the food’s been fantastic.”

Given Luke will be back working in ICU at Canberra Hospital by Friday, 24 September, he’s making the most of his downtime.

“The guys have been doing a terrific job with lockdown and with COVID-19 numbers increasing, and things have certainly been full-on,” he says. “I expect that to continue during the next few weeks.”

Well done Spook. What next ?

So proud of you Sluka 👍👊

Proud of you Luke!!!

Thanks everyone for your very kind comments. In reality, I was just one of an amazing team of dedicated professionals who worked tirelessly to support our Paralympians to achieve their potential.😊🇦🇺

Bit of an absolute legend this bloke!!

So well done Luke Roberts.Great respect to you for a job well done.❤

Thanks Luke, you continually give to others, keep safe

This amazing human helped to save my mother in law this year.

One of the best men I know xx