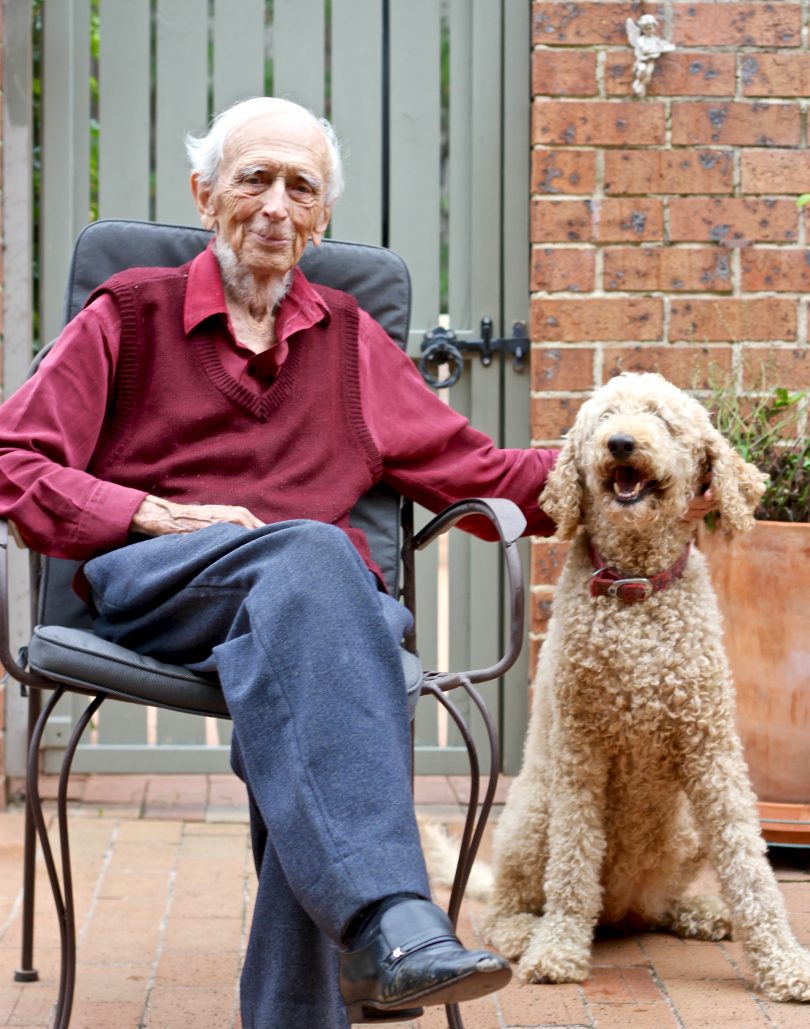 ACT Chief Minister Andrew Barr take note. The unofficial mayor of Kingston is having her time in the sun – at least three times a day.

Rosina, the 10-year-old purebred poodle, may not have declared her political aspirations, but is proving very popular with the people of Kingston who have dubbed her the mayor after lapping up attention during her three daily walks around the suburb.

Also known as Rosie, she is the energetic companion to 92-year-old Michael Wilson, a former diplomat with the Department of Foreign Affairs who retired in 1993.

Rosie is a little apprehensive at first meeting but soon warms to lots of pats and scratches. Together, Michael and Rosie are practically inseparable.

Neighbours take her for a morning walk while Michael and Rosie roam the streets during the day.

“She’s a perfectly friendly companion,” Michael tells Region Media. “She doesn’t bark, doesn’t howl. She just wants my company and has to be taken for a walk … three times a day.

“She loves Green Square. We go around the park or down to the shops. She loves meeting all the people on the way and they love seeing her too.” 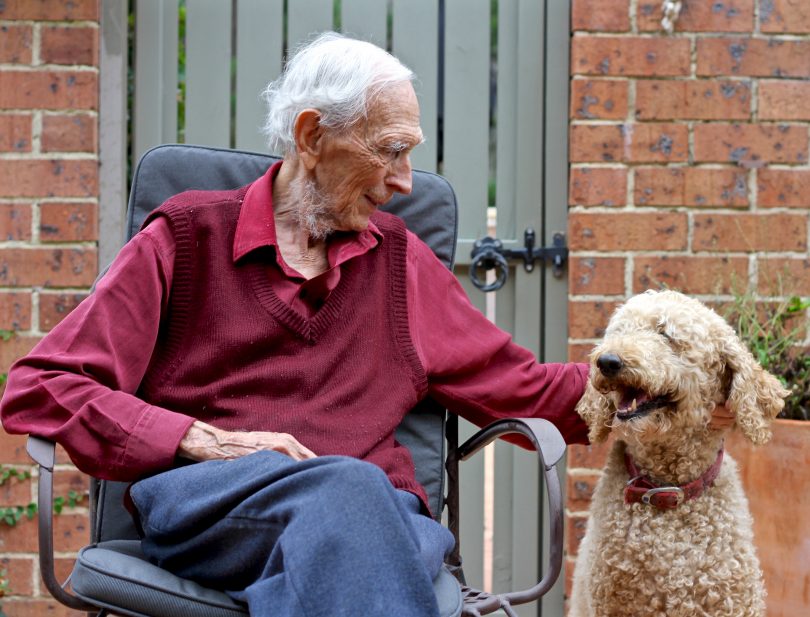 Rosie earned the auspicious title of ‘mayor’ of Kingston when the Kingston-Barton Residents’ Group saw the canine’s connection with the community during Floriade Reimagined at the end of last year.

However, it is the 10-year connection between owner and dog that endures.

Michael has had Rosie since she was a pup and the pair have lived at Kingston for 10 years. Before that, Michael lived in many parts of the world, including Papua New Guinea, Belgrade, London and Vienna.

Neighbour and friend Vonda Daniels checks in on Michael who is still staunchly independent and loves reading and watching the TV program Numbers and Letters.

“He’s up at 6:00 am every morning and still cooks for himself. He still drives and loves to visit the galleries,” Ms Daniels says.

Occasionally, it’s a case of the dog walking the man when Rosie and Michael see their friends on her daily walks.

“She has a tremendous amount of energy,” says Michael. “She’s great with children and they all love seeing her.”

Born in Dee Why, Sydney, in April 1928, Michael is the youngest of two brothers and a sister. He was too young to serve during World War II, and while aging gracefully, says he is now “clinging on to the wreckage”.

“I’m still able to walk up and down the stairs and I almost always go for a daily walk with Rosina.

“She also tells me to do what I’m told, so it’s an easy life really.”

David Warner - 26 minutes ago
John Elliott don't forget Howards idea... He wanted to be supreme ruler... View
David Warner - 27 minutes ago
A viable alternative would get better results but they don't put forward decent proposals View
John Elliott - 2 hours ago
Paul South ... Not possible mate because of the separation of powers in the Constitution. The Judiciary is there to keep an e... View
Community 112

Sam Austin - 49 minutes ago
Fair enough but its 1 week a year. But there needs to be a place to do this stuff, think of it like a sporting facility golfe... View
Opinion 154

BlowMeDown - 53 minutes ago
Of course, most people will not buy homes next to airports or raceways. That's why the values drop. But there will always be... View
Matt Maas - 6 hours ago
Viviean Laycock The track has the vast majority in support. The only ones not in support fit in two categories. a) have somet... View
Viviean Laycock - 7 hours ago
Matt Maas And you wonder why you may not have as much support as you like with an attitude like that. Would you speak the sam... View
Opinion 108