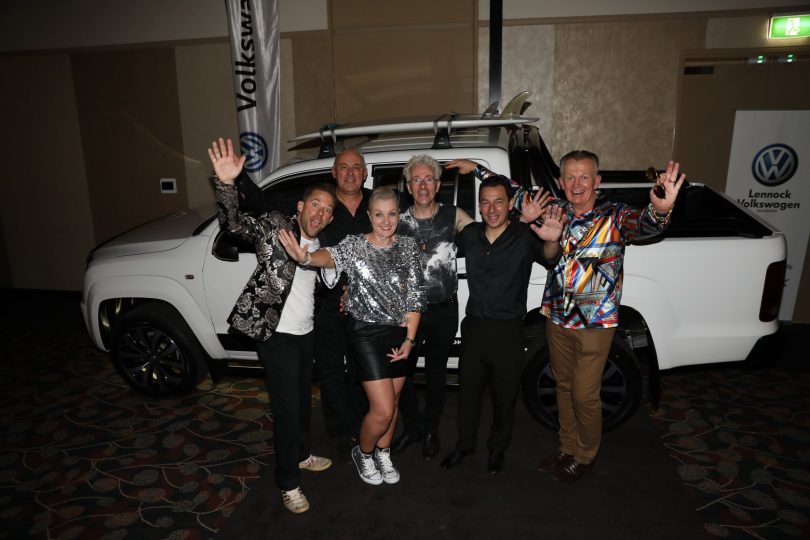 Martin Fisk, CEO Menslink, with Menslink supporters at The Big Night Out.

“To put it quite plainly, Menslink saved my life. Before I met John* and the rest of the mentors I was in a bad spot. Didn’t see a good relationship with my father, and I didn’t really have anyone I could talk to about what I was going through because no one understood. The day I met the mentors was the day I was going to kill myself, I had it all planned out. But I decided that I’d give the mentor thing a shot and I’m so glad that I did because it turned my life around. John understood what I was going through on a level that no one else did because he lived through it all himself. To summarise, I wouldn’t be here today if it wasn’t for the work that the Menslink guys put in.”

*John not his name

On Friday March 23, Menslink hosted its annual Big Night Out to raise money for its free mentoring and counselling programs that help young Canberra men, such as the Menslink mentee above, get through tough times.

450 people from across Canberra and as far as Sydney and Brisbane converged on the Southern Cross Club in Woden, for the 70s & 80s themed auction dinner. 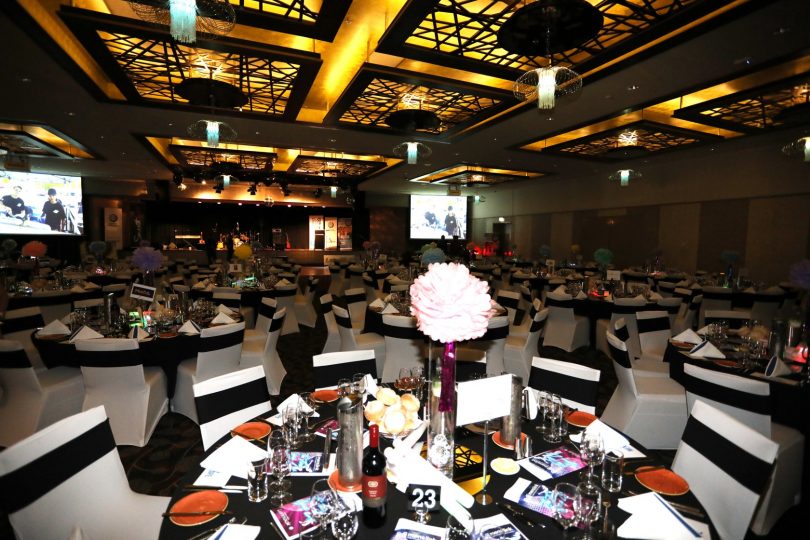 Menslink Big Night Out at the Southern Cross Club Woden.

Items donated from a wide range of Canberra businesses and personalities fetched big bucks on the night, raising over $150,000 which will go directly towards supporting Menslink programs.

Martin Fisk, CEO of Menslink says the night was fantastic, and the monies raised are a sensational effort for such a small charity.

“The Canberra community really got behind us, and we all had a great time. Generous businesses and individuals contributed some amazing items for auction, as well as making financial contributions, which led to an outstanding financial result. People bid on experiences with ACT Australian of the Year David Morrison, TV presenter Genevieve Jacobs, professional bicycle racer Matt Hayman, mountain biker Ben Henderson, winemaker Tim Kirk, and even the Canberra Raiders – all raising much needed funds for our programs.

“Everything went up on ALLBIDS before the event, and the hammer went down at 11 pm on the night. We also had a number of great live auction items, including a Volkswagen Amarok from Lennock Volkswagen, the chance to drive a luxury Volkswagen Arteon, a weekend away at Terry Snow’s Willinga Park Equestrian Centre, home renovation packages from Southern Innovations and SP Electrical, TV and radio advertising from WIN TV and Canberra FM, and more. In total, there were over 90 items up for auction.”

Dressed as Billy Idol for the night, Martin says the 70s and 80s theme was a big hit, with guests sporting looks from all the famous characters of the disco era.

“I went as Billy Idol and my wife went as David Bowie. We had Axl Rose, Dame Edna Everage, Madonna and a whole bunch of celebrities on the night! It was great fun, with everyone chatting and having a great time while jumping on their phones to bid for all the auction items.” 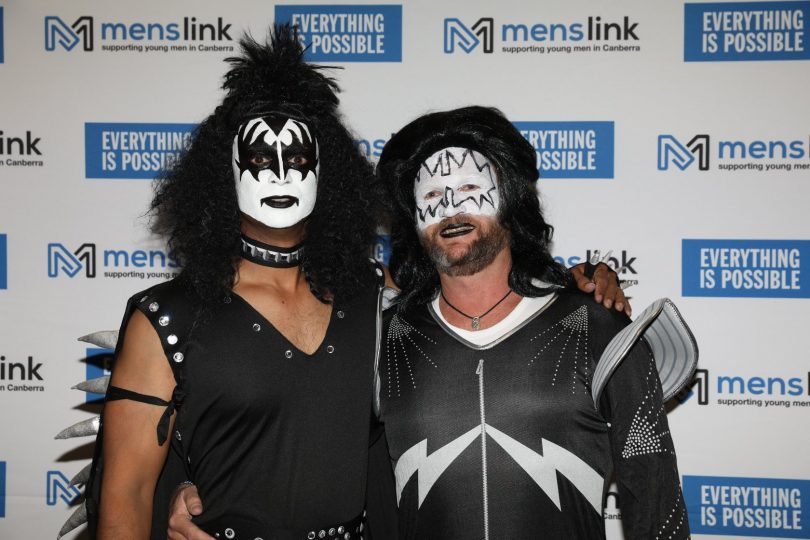 Martin says the event wouldn’t have been possible without the support of Menslink’s major partners, such as Canberra Community Bank Group, whose ongoing support provides the funds needed to get events such as The Big Night Out off the ground.

“Our ongoing sponsors, who support us throughout the entire year, make it possible for us to help as many young men as possible get through tough times with the least amount of harm to themselves and those around them. This year, we’re looking to provide nearly 1,800 free counselling sessions to young guys aged 10 to 25, and we want to make sure we are able to continue to help every young man when he needs it the most.”

For more information on Menslink or its programs, visit Menslink.

To learn more about how Canberra Community Bank Group helps to support community organisations such as Menslink, pop into any one of their branches in:

Carly Maree - 4 hours ago
I love how people act surprised when this city has some of the worst crime I’ve ever encountered? I lived in Sydney for 8 y... View
theroundone - 16 hours ago
Who's getting punished, though, asides from law abiding rates payers in this city? A racial or sexist epithet is treated more... View
News 1

HiddenDragon - 7 hours ago
The report aired on ABC Canberra news tonight about the devastating impact of the hailstorm on important crop resilience rese... View
News 12