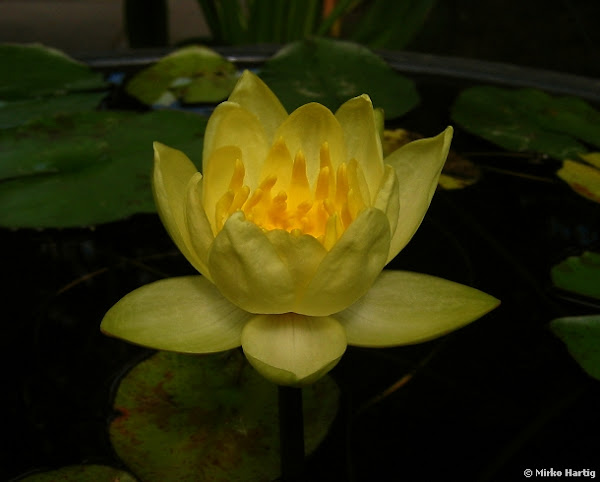 The Canberra Times is reporting that the Mexican waterlily, Nymphaea mexicana, is rife in the supposed environmental nirvana of the Jerrabomberra wetlands.

”It is highly invasive and little bits break off it easily and start new plants,” he said. ”We think there is a risk of it getting out of Lake Burley Griffin and into the national waterways.”

A Department of Territory and Municipal Services spokeswoman said she was aware of the plant’s existence and the department would respond once the final stages of its identification were complete.

Water watch coordinator for Molonglo Catchment Group Stephen Skinner said the introduced species was a nightmare to remove and would require dredging.

Johnathan Davis for Brindabella - 1 hour ago
I understand what you’re saying Neil. As keen as I am on light rail, I appreciate it won’t happen over night. That’s wh... View
News 1

Capital Retro - 18 hours ago
That's the way it used to be but that is now part of the cancelled culture. View
HiddenDragon - 20 hours ago
"Mr Dubey had apparently gone off message during campaigning..." Could be interesting - we all know what happened in Oxley in... View
News 57

Georgie Newhouse - 20 hours ago
Colin Ball whats the bet it wont happen View
Steve Gannis - 21 hours ago
Wow are they serious!! View
Martin Silsby - 23 hours ago
Once again, developers seem to get around pesky traffic issues or parking requirements. Gungahlin is a nightmare already of a... View
Community 13

Ziggy Zangl - 23 hours ago
Chelle Belle... Did you find the cheapest Skip? I need one.... View
show more show less
*Results are based on activity within last 7 days

A group of religious schools are accusing ACT Chief Minister Andrew Barr of using COVID-19 health regulations as a cover...

@The_RiotACT @The_RiotACT
The Master Builders Association says that delaying Light Rail Stage 2A is bad for Canberra's construction economy and will cost jobs, opportunities and apprenticeships as well as letting the voters down https://t.co/Augs7ytLRu (28 minutes ago)