The Canberra International Film Festival have announced the launch of their 2011 outing.

Gus Van Sant’s “Restless” starring Canberra’s own Mia Wasikowska is going to headline the festival (trailer above) and they have this to say:

The 2011 program consists of 58 extraordinary films (17 Australian premieres) that include family films, comedy, drama, mayhem and breathtaking beauties about love and desire. New this year at the Arc Cinema is a celebration of song, dance and classic musicals, presented in collaboration with the National Film & Sound Archive.

Artistic Director Simon Weaving said “I see some wonderful and interesting characters as I sit back and ponder this year’s festival program– from French tomboys and Japanese chefs, to Norwegian troll hunters and unlikely heroes from the back blocks of London. It is, of course, always the characters that draw us into storytelling – and whether they are real, like Australia’s Chad Morgan, or totally and deliciously fictitious (and there are plenty of those!) there’s nothing quite like seeing and feeling another view of the world through their eyes and their actions.” 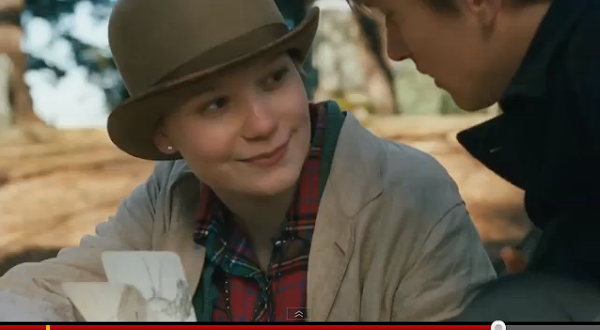 I found another famous former Canberran. Alex O’Loughlin from the current Hawaii Five-O tv series. He was born in Canberra and went to Macquarie Primary school.

t2owe - 1 hour ago
I really don't care about what they say about the Libs. Given the antics of the Barr government, just how much more damage co... View
t2owe - 2 hours ago
How about a change of government. It's way over due,. ACT government is consult in name only, and planning is off the wall.... View
Lifestyle 7