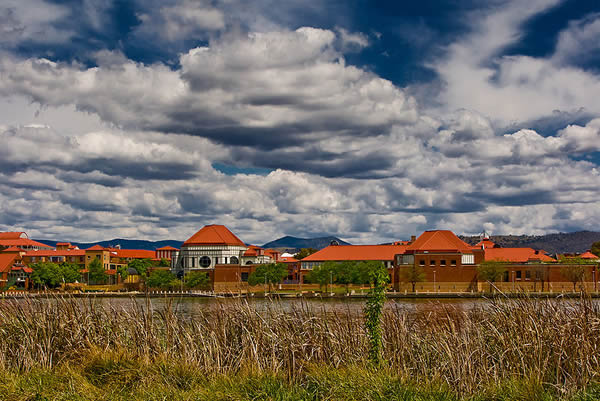 Just a quick note to advise Tuggeranong residents that ACT Planning Minister, Mick Gentleman, will be guest speaker at the next Tuggeranong Community Council general meeting on Tuesday 7 July. Mick will talk on future planning in the ACT.

The meeting will be held in the upstairs formal dining room at the Southern Cross Club in Greenway. It will commence at 7.30pm. Members and guests are welcome.

Given the hysterical “end of civilisation as we know it” objections against trams, coming largely out of Tuggeranong, perhaps this would be a case of the Minister listening to the local constituents?

Once again, you over sensationalise the objections to the Tram.

There is widespread disbelief that the Gov’t will or can deliver on its promise to extend it all over Canberra – especially to Tuggeranong. Its simply unaffordable for a revenue raising base the size of Canberra’s. There is also widespread disbelief that the tram is the right solution for the b$1 stage 1 too. So, its not a “hysterical end of civilisation as we know it” objection as you claim, rather its objection based on logic & common sense.

Oh, and an increasing ability of ACT residents and ratepayers (especially in Tuggers it seems) to see through the spin and lies of the current ACT Labor/Greens Government.

3) That the tram won’t really actually make it to Tuggeranong – ever – because its is simply unaffordable given the ACTs narrow revenue raising base. But the spin that it will, sounds good.

Given the hysterical “end of civilisation as we know it” objections against trams, coming largely out of Tuggeranong, perhaps this would be a case of the Minister listening to the local constituents?

Perhaps Mr Gentleman can also admit, on behalf of the ACt government that :

1) Though Annual Rates will eventually triple, the ACT Gov’t has caused that to occur much, much faster than would otherwise have been the case.
2) That getting those who have already paid stamp duty on their houses purchased in the ACT over and over again via the avg.10% increase in Annual Rates forever, is fair.
3) That the tram won’t really actually make it to Tuggeranong – ever – because its is simply unaffordable given the ACTs narrow revenue raising base. But the spin that it will, sounds good.
4) That the ACT Gov’t announcement not to remove stamp duties in conjunction with that 10% avg. pa increase in Annual Rates, isn’t really a broken promise as they never intended to do that anyway.

If Mr Gentleman actually came out and admitted a few home truths, it may not actually be “one term Mick”. Start representing Tuggeranong please.

Can you please consider the building design issue that has been publicised at http://the-riotact.com/new-multi-unit-developments-need-designated-smoking-areas/148739, during any future planning considerations – perhaps influence the designers of the Southport Apartments development planned for Greenway.

chewy14 - 17 minutes ago
"A responsible and competent government would" Well there's your first problem. They haven't been forthcoming with robust bus... View
michael quirk - 2 hours ago
The government has yet to provide evidence to justify the light rail extension, the viability of which is tenuous given incre... View
News 115

Jay Annabel - 29 minutes ago
Ajay Cee ...... a drastically reduced number in 2020 because of covid lockdowns. View
Ajay Cee - 2 hours ago
Jay Annabel 36 in 2020. View
chewy14 - 3 hours ago
JC, Seeing as I've been the one quoting directly from the national plan, your memory seems a bit fuzzy. And I'm still waiting... View
News 1

Capital Retro - 37 minutes ago
The next step is to equip the ravens with lasers. Death to all drones!... View
Community 6

@The_RiotACT @The_RiotACT
A plastic surgery clinic and medical centres are among new exposure sites, and Calvary has confirmed a fully vaccinated aged-care staff member has tested positive https://t.co/RE8RHLqgTF (12 minutes ago)

@The_RiotACT @The_RiotACT
A new @ACOSS survey has revealed 85 per cent of income support recipients cannot access COVID-19 #Disaster Payments and are struggling to survive, including up to 20,000 #Canberrans https://t.co/0w2XlrG1qc (52 minutes ago)