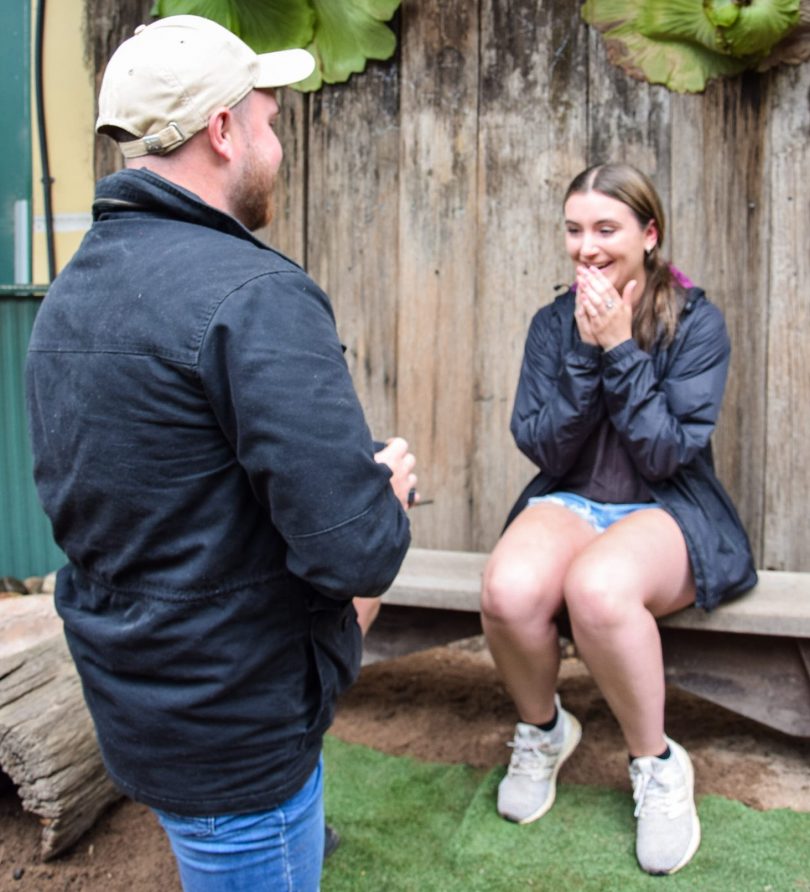 Travis McGrath relied on a bit more than animal magnetism and good timing when he proposed to his girlfriend, Karlee Barton, during a meerkat encounter at Mogo Wildlife Park.

Down on one knee in front of a family and complete strangers, the Amaroo plumber was reasonably optimistic he would get a “yes” from his girlfriend of three years.

“I don’t want to sound too confident, but I was pretty sure she would say yes,” the 22-year-old said.

“She really likes animals and I wanted to surprise her.”

A family trip to the coast provided the perfect cover – and the audience – for a wedding proposal.

“I’ve been planning it for a month or two,” Travis said. “I had to surprise her somehow. I knew if I did something more romantic, she would guess straight away.

“I had a bit of an audience and she was crying happy tears. Everyone heard it and it was a bit of a spectacle.

“I definitely caught her by surprise.”

So how did the meerkats react?

“They were pretty curious, coming up and having a look,” Travis said.

“When he got down on one knee, one of them ran up to him,” Karlee added. “They were so cute.”

Karlee said she had no idea the proposal was about to happen.

“My parents were videoing the whole meerkat encounter, and I thought that was funny, but I didn’t realise why until he proposed,” she said.

READ ALSO: I’m the black sheep of the family, alpaca my bags now

“I was completely blindsided. I didn’t think he’d do the whole big proposal thing.

“I was shocked. I didn’t know what to say. My whole family was crying too, so it was very emotional.”

Travis grew up in Harden and Karlee grew up in Boorowa, but they went to school together. Their love story began after they left school. Travis moved to the ACT five years ago and Karlee joined him in 2019.

Karlee commutes each day from Canberra to her job at Goulburn Mulwaree Council and says there are no plans to change that. 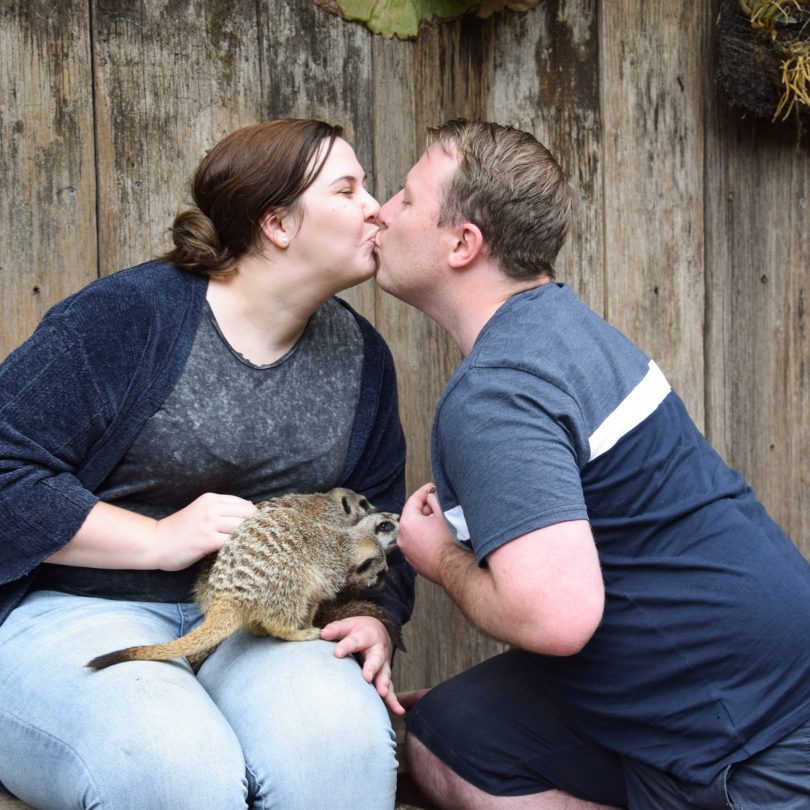 Travis set the tone for the day at Mogo Wildlife Park, with Tom McKinnon from Bathurst, following his example with a proposal a couple of hours later.

With a little planning help from his mum and dad, Tom also popped the question during a meerkat encounter on 20 November and his girlfriend of almost six years, Shanaya Stapleton, also said yes.

The couple was on the South Coast to visit Tom’s parents, Michelle and John McKinnon, of Batemans Bay, who bought the meerkat encounter for them as a birthday present.

Mogo Wildlife Park’s zookeeper Chad Staples said it was a great day for the park.

“It is wonderful that after we have been in lockdown for so long, that these special couples chose to be one with nature for such an important moment in their lives,” he said.

Errol Jobsz - 23 minutes ago
$10 million won't go far on that road. View
Brett Griffiths - 1 hour ago
Excellent! It’s the best bypass road, onto Jerangle then Bredbo, for when the Monaro highway is shut down, as it was recent... View
Topher Garlik - 2 hours ago
10mil that will fix the pot holes, if they serious can double that 💰 View
Lifestyle 20

@the_riotact @The_RiotACT
#DixonAdvisory - for decades the first choice for financial advice in #Canberra - has entered voluntary administration due to mounting liabilities, potential class actions and penalties owing to the corporate watchdog https://t.co/3IHElcJyLS (51 minutes ago)