Monaro Panthers women set to create their own slice of history 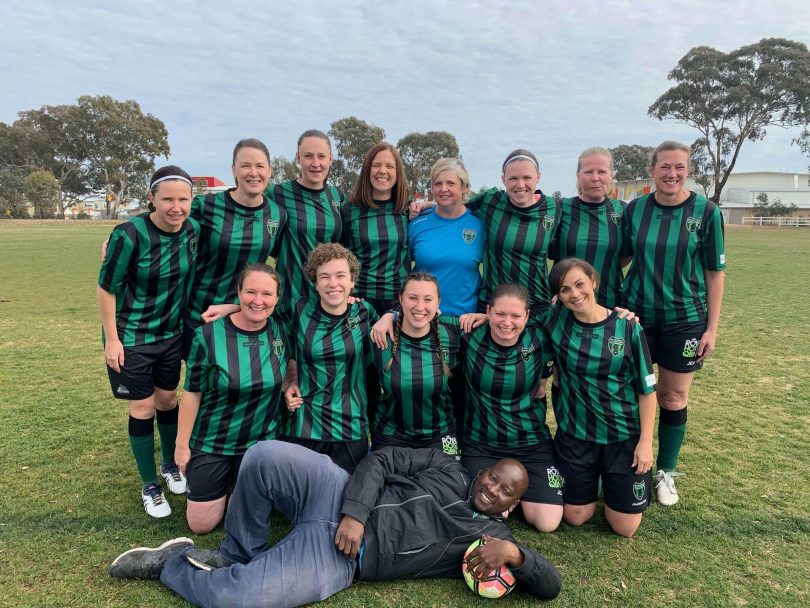 The Monaro Panthers women’s division 5 side is one of five Queanbeyan sides playing grand finals this weekend. Photos: Supplied.

The Monaro Panthers Football Club’s women’s teams are looking to create their own piece of history when two of their sides front up for grand finals in the Canberra Women’s State League competition this Sunday (8 September).

The Queanbeyan club will field five teams in this weekend’s State League grand finals, but their three senior women’s sides have been leading the way following a push to develop women’s soccer.

Head of the Panthers’ women’s program Nichole Overall told Region Media it is the first time in Queanbeyan’s history that the town has fielded two teams in separate grand finals.

“Over the last three years, the Club has had a focus on growing the women’s program. The success of this is leading to even more exciting initiatives that are currently in preparation for the 2020 season.”

Senior women’s coach Ottis Muzvidzwa also praised his players, who he said are a pleasure to coach.

“This year, we’ve taken a bigger drive to promote women’s soccer and to actually field three senior teams and have two of them in the grand finals is a big achievement that we’re very proud of,” Mr Muzvidzwa said.

“Coming to the end of the season, all teams were in the top four in their divisions and the division four team won the minor premiership. One of our players, Bronte Copeland, won the golden boot in division four too, so that was another great achievement.”

Mr Muzvidzwa said some of the players had never played soccer until this year and are now at a point where they believe in their abilities and are primed to rise to the occasion on Sunday.

“It’s been amazing to see the players and their commitment to learning new skills. That commitment is what I love and it keeps me coming along to training because I know there is someone who wants to learn something.

“The beauty is that when you do all the drills, and then you get to game day, and you actually see them putting those things into play, it’s unreal. It’s really inspiring.”

The Women’s State League competition has five divisions and a masters division. Games are played on various fields across the ACT, Cooma and Yass. Nichole Overall said the club aims to have a senior women’s team in each of the six divisions.

“As the fastest-growing sporting code for women in the country, I’m pleased to be involved with the steering group that will further advance, promote and support women and girls of all ages and abilities in playing football.

“We welcome all women, from both the Queanbeyan community and further afield, whatever their skill level, ability or age, to join our footballing family and be part of this exciting future for women’s football in our region.

“And of course, any men who’d like to help elevate the women’s game are also warmly encouraged to come on board,” Ms Overall said. 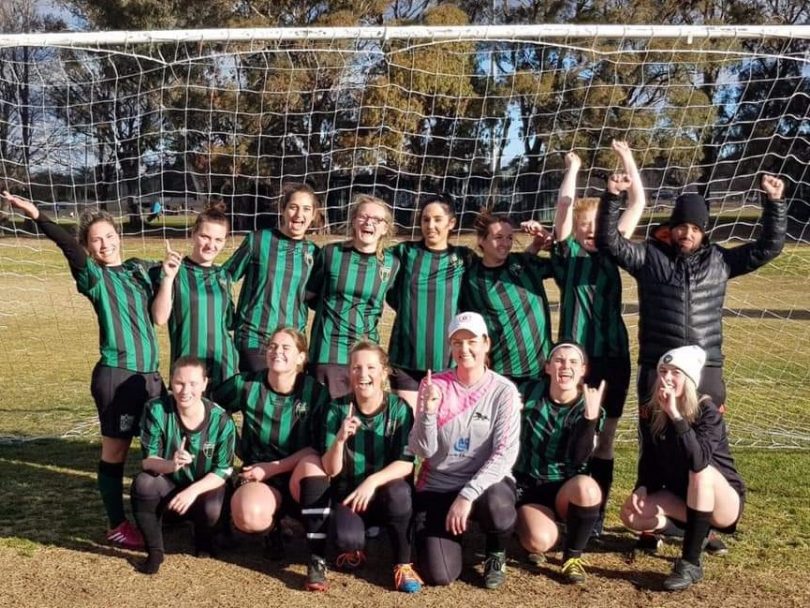 The Monaro Panthers women’s division four players will look to end their successful season with a grand final win against Yass on Sunday.