Many football teams at the 2019 Kanga Cup had to raise money to come to the nation’s capital for the week-long tournament, but a New Zealand side has taken an extreme measure to cross the ditch to this year’s event.

The Otago Boys’ High School team sold $35,000 worth of toilet paper so they could fund their trip to the largest soccer tournament in the southern hemisphere.

Last year, the Dunedin outfit raised $30,000 by selling boxes of toilet paper and Cheese rolls, which are known in a few parts of New Zealand as “Southern Sushi”.

This time around, they chalked up around $35,000 and though cheese rolls were absent from the fundraising initiative; they stuck with the boxes of toilet paper as well as raffles and selling pies.

The under 15’s team have the opportunity to claim back-to-back male cup accolades after their success in the tournament last year going undefeated.

Former New Zealand international and member of the schools coaching staff, Michael McGarry, said playing in the tournament gives the boys the chance to shine on a big stage.

“The important thing for us is the whole team thing,” McGarry said. “You fundraise together, you travel overseas together and we travel in school uniform wherever we go.

“I suppose it’s one of those dreams for most kids to become a professional sportsman, so here is your opportunity to act like professionals and it may be the only time in your life that you get to do so.”

The set-up of the Kanga Cup appeals to all the teams competing in the competition and Michael believes that it is the best chance for kids to experience something different and have fun.

“Kids love tournaments and adults do too, let’s face it,” he said. “They just love getting away, playing a bit of footy and to come away to a tournament is great, spend a bit of time with your mates and have fun as well.” 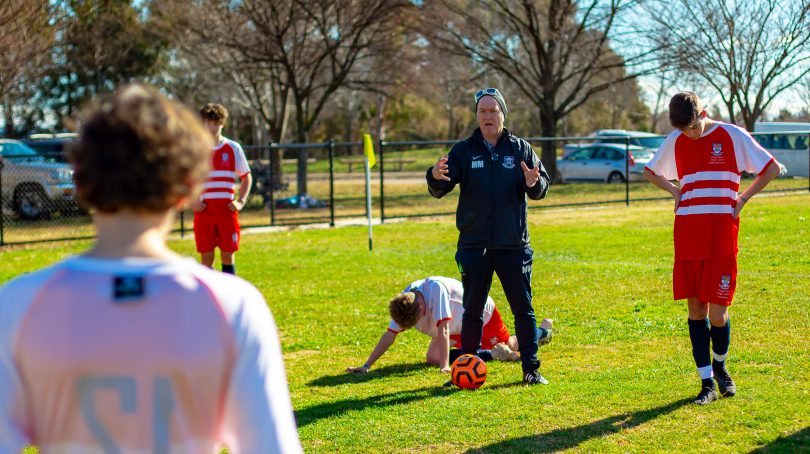 Michael McGarry talking to the Otago boys ahead of kickoff.

Regardless if Otago walks away as champions again, they could look to take a break from the Canberra based tournament, but will definitely look to come back in the near future.

“We decided straight away that we wanted to come back,” he said. “We might not come every year, we might have a year off then come back in 2021 possibly. We might do something different, it’s all about stepping up and making a few changes.”

Kacey Butterworth - 4 hours ago
Tim, let’s move. View
Jodie Kerec - 6 hours ago
Lisa Van Schieveen we could live here together. View
Gabrielle Driver - 7 hours ago
Lauren Edney look how nice it is. I'd have the cottage View
Sport 7

Morven Isla - 5 hours ago
Trees are wonderful and I’m all for making things green. However the thing that we need more is public rubbish bins! The AC... View
accessdenied - 5 hours ago
Pretty cheap really. I find that the people that whinge about the cost are the people that expect the labourers to work for $... View
kenbehrens - 6 hours ago
I walked along a footpath behind a townhouse complex today. On both sides of the footpath were gum trees. The thing that caug... View
Lifestyle 1