More needs to be done to clean up political donations laws 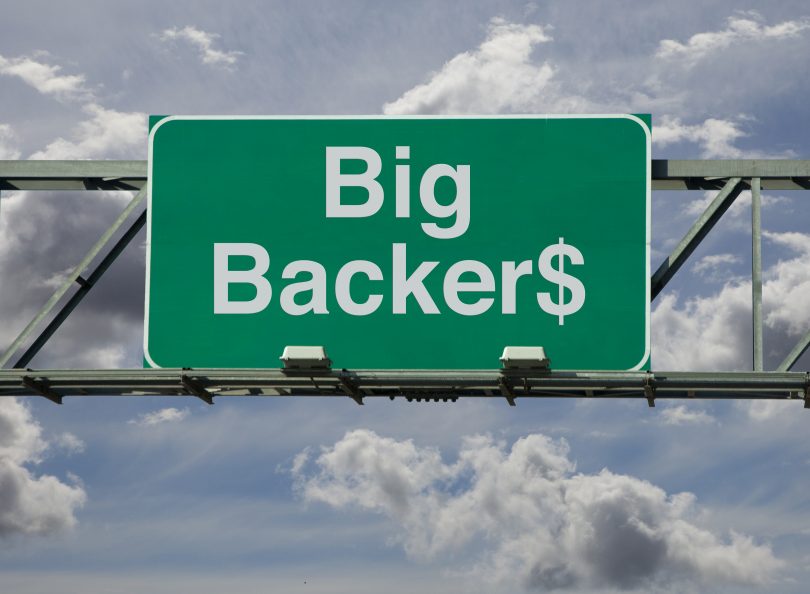 Democracy is not for sale: Laws must be strengthened to ensure political donations are monitored closely.

Political donations are one of the murkiest areas of our democratic system. These donations often go unnoticed by the general public but can have an impact on our political process. In recent times there has been some welcome scrutiny and focus on this issue, with a growing realisation among citizens that donations might be used by businesses and other powerful players to buy access and influence, gain favours and nudge policy in ways that are in their personal interest rather than in the public interest. At a time when confidence in politicians is at a low point, it is important that the rules governing these donations are rigorous. It is also important that we are paying attention to the level of donations that are being provided to our politicians at a local and federal level.

Here in the ACT, the level of donations that occur locally are not at the same scale as what is occurring federally. Even so, it’s important that we pay attention to who the financial backers of our local parties are, and ensure that our donations disclosure system is transparent and accountable back to the electorate. While donations can be a legitimate way for individuals and organisations to show support for particular political parties, we need to be assured that political parties are not too close, or too financially dependent on those with vested interests.

Last week, Elections ACT released the annual return of political donations to our local political parties. These returns always make interesting reading, and it shows that even in non-election years there is still plenty of money coming into the major parties’ coffers.

These returns show that the major parties are still comfortable accepting money and in-kind donations from pokie venues. In the Canberra Liberal’s case, there are also donations from large consultancy firms, and even property developers. It’s particularly surprising to still see these developer donations being accepted given this practice is set to be phased out by the end of the year as part of the parliamentary agreement between ACT Labor and ACT Greens.

It’s good to see disclosures happen soon after the end of the financial year. However, transparency still seems to be lacking in some cases. For a layperson reading through the disclosures, it can still be pretty hard to understand the nature of relationships between some of these entities. Public searches of some of the key financial backers such as the 1972 Foundation reveal little about these organisations.

With such a high level of distrust across the community regarding the motivations of our politicians, this is one area where politicians can win back trust by demonstrating a high level of transparency and accountability. There is still work to be done to improve donations law, and while it’s good to know that we will soon see new rules in place banning developers donations, this is an area where we have also backtracked in recent years. Of particular concern was the move by ACT Labor and the Canberra Liberals in 2015 to remove the $10,000 cap for donations, despite experts warning at the time that bigger donations leave politicians more open to corruptive influences.

I think we need to see strong laws on political donations to ensure our democracy is not for sale, and our politicians are not tempted to sell access or influence around political decision making. What do you think?

Rebecca is an active member of the ACT Greens and ran as a local candidate in the 2016 Territory Election.

Unions back Labor
Labor backs big business because they are controlled by unions and have larger union workforce. Union workforce provides money to Union organisations. What a lovely symbiotic relationship there is.

Rebecca, it’s the 1973 (not 1972) Foundation who are big donors to Labor, and frankly, if your public search about that outfit “revealed little”, then with respect you didn’t search very hard.

But I agree, politics and donations are evil bedfellows. However, you cannot claim the moral high ground (as a Green) just because your substantial income comes from individuals rather than companies. Who are these individuals? Where does their money come from and what do they expect ?
And what of GetUp’s mysterious backers? Why the secrecy there?

ALL political donations potentially distort our democracy. Money is no more pure just because it comes from people on your side.

1. Elections should have set public funding. All donations banned including 3rd party.
2. All Ministers and Senior Public Servants diaries should be made public, stop hiding behind “commercial in confidence”.
3. All members of parliament can serve a maximum of two terms and must publicly document any post parliamentary involved in the party or associated business dealings.

So all parties receive the same funding? What about in between elections? Could we see people establishing parties solely for the purpose of being employed to administer them?

Two terms could vary between 6 & 12 years depending on the parliament and house. Maybe a 12 year max would be better, fitting in with the various 3, 4 & 6 year terms. However, where does that leave by-elections and mid term replacements for retiring members?

What happens with 3rd party campaigns? Do we see unions and businesses campaigning on behalf of the party they want to see elected, effectively getting around your set funding, or are 3rd party campaigns banned? Would that raise issues around free speech and political communication? Do unions and businesses establish more parties so they can access the set funding, but run only a handful of candidates? They could just run campaigns attacking the party they want to see lose without publishing any policies of their own.

We should remove union funding at the same time.

Anything to stop us going down the U.S route

At the same time, how about examining where/why political parties pass on the donations:

No they should not accept money. it's not a donation, it is made with the expectation of decisions being made in their favour later on.

I believe parties in glass houses shouldn’t throw stones when it comes to where their donations come from.

Cheryl Creswick - 2 hours ago
Makes it easier for Pollies to head off OS for their holidays.. Hawaii here they come View
News 43

Victor Bilow - 3 hours ago
Elroy Jones Live Virtual Constructive Polygons... View
Elroy Jones - 6 hours ago
What do you think LVC stands for Victor? View
Iain McKimm - 7 hours ago
So to address another issue, those who in good faith who bought a Townhouse in the Opus complex backing onto this development... View
News 23

Richard Shortt - 3 hours ago
Todd Hepworth , many. And, as always, the reply should be “I would be, but you have distracted me by your unlawful conduct,... View
Carole Ford - 18 hours ago
About bloody time, there are morons driving and looking at phones everyday in the hundreds. I hope that fining them helps sto... View
News 3

Joan James - 4 hours ago
This has been such a long drawn out agony for the families. I taught Luke in primary school and worked with his mother Kim. I... View
News 46

Michael Hansby - 6 hours ago
I believe the term is 'shake and bake'. View
Sport 6

Bri Travalos - 7 hours ago
Being at OBGA when Trevor Gerling scored the goal in overtime in the 2018 grand final. Best atmosphere at an away game I’ve... View
John Harriott - 10 hours ago
Being on the edge of my seat in melbourne during overtime and finally seeing cbr lift the goodall cup View
Chris Kubara - 10 hours ago
My Hockey involvement started quite a few years ago firstly as an unpaid chauffeur, then Team Manager, Junior Coach and then... View
News 3

Milo11 - 11 hours ago
Definately not the case the AFP runs ACT Policing which is simply a functional area of the AFP no different any other. There... View
News 3

michael quirk - 11 hours ago
The fundamental issue is the relative costs and benefits of the extension of the light rail to Woden and possible alternative... View
Business 3

The ACT Planning and Land Authority (ACTPLA) has rejected claims that it's a toothless body unwilling to fight for its...
News 31

Chief Minister Andrew Barr has criticised the terms of reference of the Bushfire Royal Commission for not giving a higher...

A pox on both your houses

@The_RiotACT @The_RiotACT
Leaving the car at home? The ACT Government is touting a huge increase in public transport usage this year, revealing figures showing more than half a million boardings last week. Check out the new data exciting the government https://t.co/LDqs0wCEBB (1 hour ago)

@The_RiotACT @The_RiotACT
The Orroral Valley fire, which sparked Canberra's worst bushfire crisis since 2003, is officially listed as out after almost 40 days https://t.co/mN7kkCxdJs (4 hours ago)