A summer marked by hazardous air quality and bushfire smoke may have cost 31 Canberrans their lives, according to a new study published in the Medical Journal of Australia.

NSW was the worst-affected state, carrying more than 50 per cent of the burden after most of the state was ravaged by bushfires, some of which started as early as July.

Between October 2019 and February 2020, the concentration of PM2.5 – fine particles that irritate the respiratory system – exceeding the 95th percentage of historical daily averages was recorded by at least one air-quality monitoring station on 94 per cent of days. 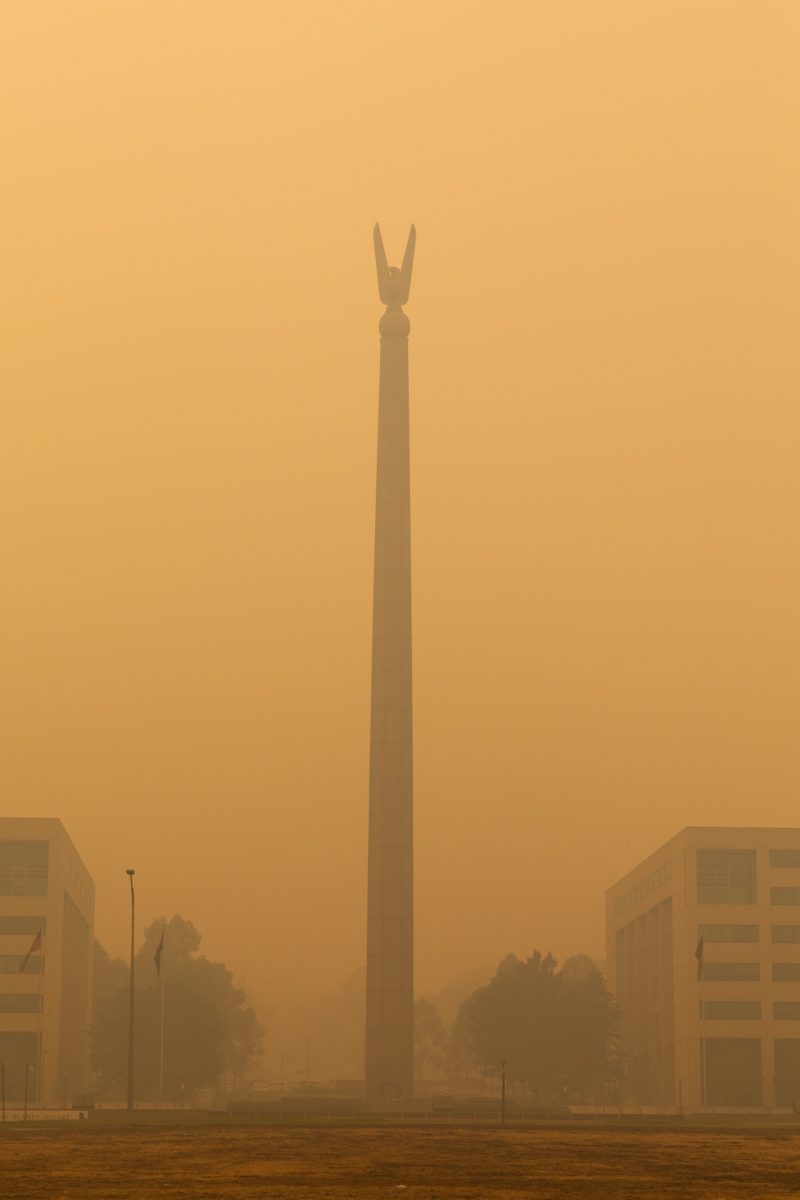 Leading environmental health expert from ANU, Professor Sotiris Vardoulakis, said that studies are yet to conclude what constitutes long-term exposure to particulate matter but there is no safe level of exposure to bushfire smoke.

“Bushfire smoke is a major public health concern. These very small particles in bushfire smoke can penetrate deep into the respiratory system inducing inflammation and even translocate into the bloodstream,” Professor Vardoulakis said.

“For most people, it [was] like smoking a few cigarettes a day – it increas[ed] the risk of developing lung and heart disease in their lifetime.”

The report also found that stronger bushfire mitigation and adaption techniques were urgently needed to help lessen the impacts and severity of future fires which are made worse because of widespread drought and heatwaves across Australia.

the only injury i sustain is to my wallet cause i have to use seretide and buy expensive masks. I should consider myself lucky. no permanent damage and im still alive.

Chan Phoenix a new planet of the apes movie. someone show me a video of an orangutan washing his hands. so if the virus escalates after lock down. everyone might die and the apes live. i have no idea who is left to see "planet of the apes"

My family and I have damaged lungs from living in Malua Bay everyday for months we breathed in smoke and we copped a direct hit on NYE when we had to flee to the beach , then every time the wind would blow it would bring ash and toxins from the debris of the burnt houses etc! We've been sick ever since!!!

I had a phone call in January from my respiratory physician regarding participating in a survey, I was out of the running though because I had been taking both antibiotics and prednisone up until Christmas!

Mother nature seems to be cross with her children...

True, and pet animals were affected too.

I wonder how many more people will suffer front CV19 because their lungs have been compromised from the smoke?

Given these claims (I really don’t believe them) more people died from bushfire smoke than will probably die from the coronavirus pandemic.

You are delusional if you think COVID-19 is going to cause less deaths than 400.

I am not delusional – we are only comparing NSW, Queensland, Victoria and the ACT.

A lot of the coronavirus deaths are happening in WA thanks to the stupidity of NSW regarding the Ruby Princess debacle.

@the_riotact @The_RiotACT
Did you hear about the bloke who was bitten by a #white-tail spider and doctors had to amputate his leg? It probably didn't happen, but the #spider's fearsome reputation persists without a shred of evidence. Damien Larkins explains https://t.co/5I2pJBKyzw (35 minutes ago)