More than tea and scones 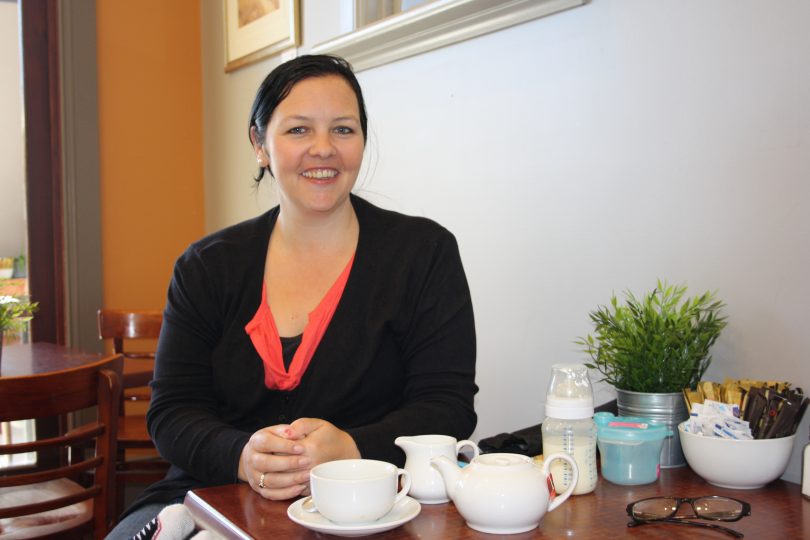 A push by a committed group of young rural women has revitalized the Taralga branch of the Country Women’s Association (CWA), helping to retain time-honored skills while keeping a focus firmly on the future.

“The branch closed in 2013 because members were aging. We thought it was a massive shame that such a pivotal part of our rural community was going to be lost, like so many skills of that generation have been,” Taralga CWA President, 37-year-old Alison Cummins said.

“We wanted to learn these skills and values, and be part of a network where they are passed to the younger generation.”

The CWA is in its 95th year and is perhaps one of Australia’s most prominent rural women’s groups. It’s variously known for rallying in times of hardship, for its fundraising and as an influencer of national rural policy. Its members’ considerable cooking and baking skills are legendary.

CWA Queanbeyan Evening Branch President Narelle Sargent is a member of the NSW CWA’s Social Issues Committee which has a focus on advocacy.

“We were previously associated with providing tea and scones but we are so much more than that. I like to say the CWA stands for ‘chicks with attitude’,” she said.

Priority areas for the NSW CWA are equity of services in the bush and, in particular, access to healthcare and telecommunications. Regional jobs and growth through decentralization

of business and government, and maintaining access to women’s health and wellbeing services, are also key policy and advocacy areas.

“Rural residents often have to travel long distances to access health services and early intervention is impacted because it’s too difficult,” Narelle said.

“And although we’ve come a long way with telecommunications infrastructure, there’s still a long way to go.”

Now, as it did 95 years ago, the CWA is a leading voice contributing to Federal and State rural policy.

“There is population decline in rural areas and with that comes the loss of jobs and services but the community spirit is still there and country people are resilient,” Narelle said.

Financial and environmental pressures have driven initiatives to build economic resilience in rural communities such as farm income diversification and self-determination. In many ways, the CWA is an example of how country Australia actively steers its own future. 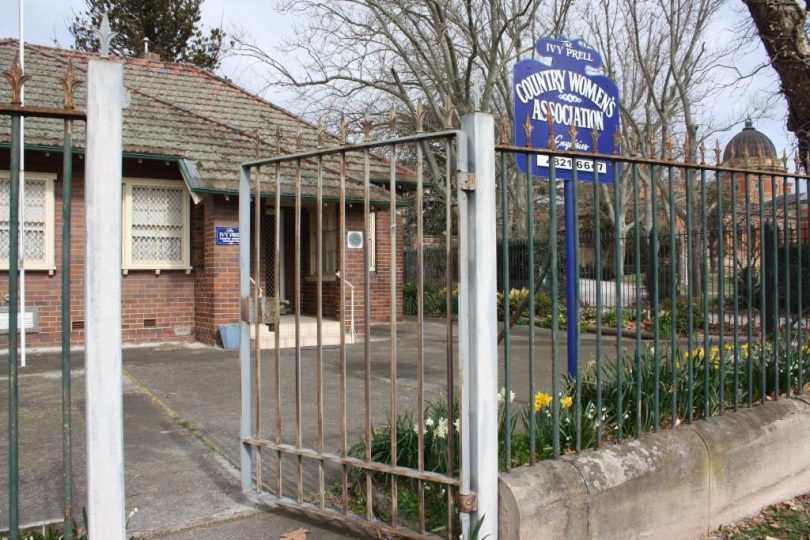 The Goulburn branch of the CWA – the door is always open to new members.

In Taralga, the young rural women meet on a Sunday every month over coffee. The group is a mix of those born in the region and also newcomers, relocating from outside the area.

“We’re still finding our way but we wanted to reopen the branch as a younger group of women and make it our own. Most of us have young children and work, so it it’s not like it used to be for our parents and grandparents who may not have been in the workforce,” Alison said.

However, there are the similarities. They cater for local events and use the money raised for much-needed community projects. They’ve recently contributed funds for a patient lifter at the local aged care home and are hoping to establish a scholarship fund to help local youth achieve their goals.

“It may help with education expenses and also representative sporting opportunities. If a young person has talent, we want to help them achieve their dreams,” Alison said.

Alison was born in Goulburn and married into a Taralga based farming family. A relief teacher and with three young children, time is a commodity but the CWA is included in her priorities.

“The CWA ladies know how to do everything; sew, knit and cook beautifully. They are so clever and share what they’ve learned. It’s a tradition and culture that needs to continue,” she said.

This week is the CWA’s annual Awareness Week. To highlight the week and its advocacy work, the NSW CWA has announced a major campaign championing women and families living in regional and rural NSW.

The focus is on the rights of grandparents as primary carers of grandchildren and also young rural women; encouraging and assisting them to start small businesses; advocating for greater financial literacy skills, and building their resilience.

According to a study by the Australian Psychological Society in 2014, financial and family issues remain the leading cause of stress for Australians.

“We’ve identified these four areas as key in helping families and women, both young and old, navigate and enjoy life in the 21st Century,” State CWA President Annette Turner said.

What is the role of government in providing equitable access to services for people living in regional and rural Australia?

Jordan Amber - 2 minutes ago
Anthony Gordo the club has to diversify away from gambling based revenue business models and as part of the ACT Government re... View
Peter Morales - 3 hours ago
David Malcolm WTF should they View
Peter Morales - 3 hours ago
The kid's ain't got a chance to voice themselves against a drug and gambling organisation especially when their backed by loc... View
Community 3

May Mac - 2 hours ago
The only reason we switched to landfill nappies was the struggle to keep line dried reusables from stinking of woodsmoke in w... View
Phillipa Leggo - 4 hours ago
Well done Olga Imbriano - lovely article👏👏👏 View
Vickie Quinn - 6 hours ago
Sarah Quinn looks good I'll have to check it out! View
Property 14

Ol L - 2 hours ago
NOVEMBER 11 2019 - 12:01AM Canberra is home to the biggest houses but the smallest units, new report shows... View
chewy14 - 4 hours ago
Capital Retro, The median price for apartments and townhouses is significantly less than for detached dwellings. So if the pr... View
News 1

Ol L - 2 hours ago
While the sun shined they didn’t put $ aside for a rainy day and now there crying poor. View
Food & Wine 23

I was recently at an event with friends when I pointed out another attendee who was a person of colour....
News 43