Finnigan and Brother are launching their new album tomorrow night at Smiths.

To get a feel for what an epic event this will be they’ve released the above video with this note:

Babe, what would we do – you and me – if we got together?

Words and music by Chris and David Finnigan, written in July 2012 as part of a residency at Campos de Gutierrez, Medellin, Colombia, under the guidance of curator Andres Monzon.

This is a single (‘single’ – what does that actually mean I don’t know) from our record FINNIGAN AND BROTHER SPEND A MONTH IN COLOMBIA, which you can download from http://finniganandbrother.bandcamp.com

Furthermore the dynamic duo submitted this dialogue to us:

A Socratic dialogue between Finnigan, and his brother.

CHRIS: I’m really pleased with how the Move To Canberra clip turned out, hey.

DAVID: Yeah, Jordan and Sam did a great job. Tell you what, though, I’m mostly keen to see what the RiotACT kids make of it.

CHRIS: They’re gonna have kittens about the fact that it’s clearly not filmed in Canberra.

DAVID: No dude you’re not giving them enough credit – I think they’ll probs understand that it’s not actually about what it says it’s about. It is, to be fair, the only one of our tunes that is about more than one thing.

CHRIS: Some of our songs aren’t even about one thing.

DAVID: I think the RiotACT commentariat are actually pretty nuanced in their understanding and critiques of ACT music, tbh

CHRIS: I’m just pleased you can’t see where you chipped my guitar when you dropped it during filming

DAVID: Shut up, anyway, what do you reckon they’ll make of the actual album?

CHRIS: It has a song about the two of us playing the Hillsong festival under false pretences on it, I feel like that’s got some RiotACT-y appeal

DAVID: Yeah but who even knows what those guys like

DAVID: Yeah but it’s the internet, everything is for free

CHRIS: You know what they can’t download for free? The album launch at Smiths tomorrow night featuring music by Paul Heslin and poetry by Amelia Filmer-Sankey.

It has, of course, been added to our excellent Canberra Music Playlist: 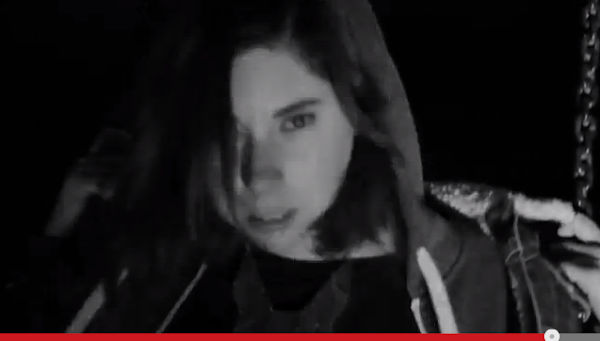 What did I just experience…

This is ridiculously great.

Daniel Lesky - 6 hours ago
Jason Malcolm could be worse not like she needs to go to charnwood View
Lisa LaMaitre - 9 hours ago
No-one pays attention to crime in Canberra until it impacts them! We closed a Gungahlin based business over 10 years ago afte... View
Food & Wine 25

PE TE - 9 hours ago
Sean Bishop but the Uber rapes have increased View
Kim Rumble-Kozjak - 19 hours ago
Jacqleequack it was all good fun until the two hour wait in the cab line, in stilettos, without a jacket in -2 🥶❄️ View
News 5