Mulgara and the DIY music scene in Canberra 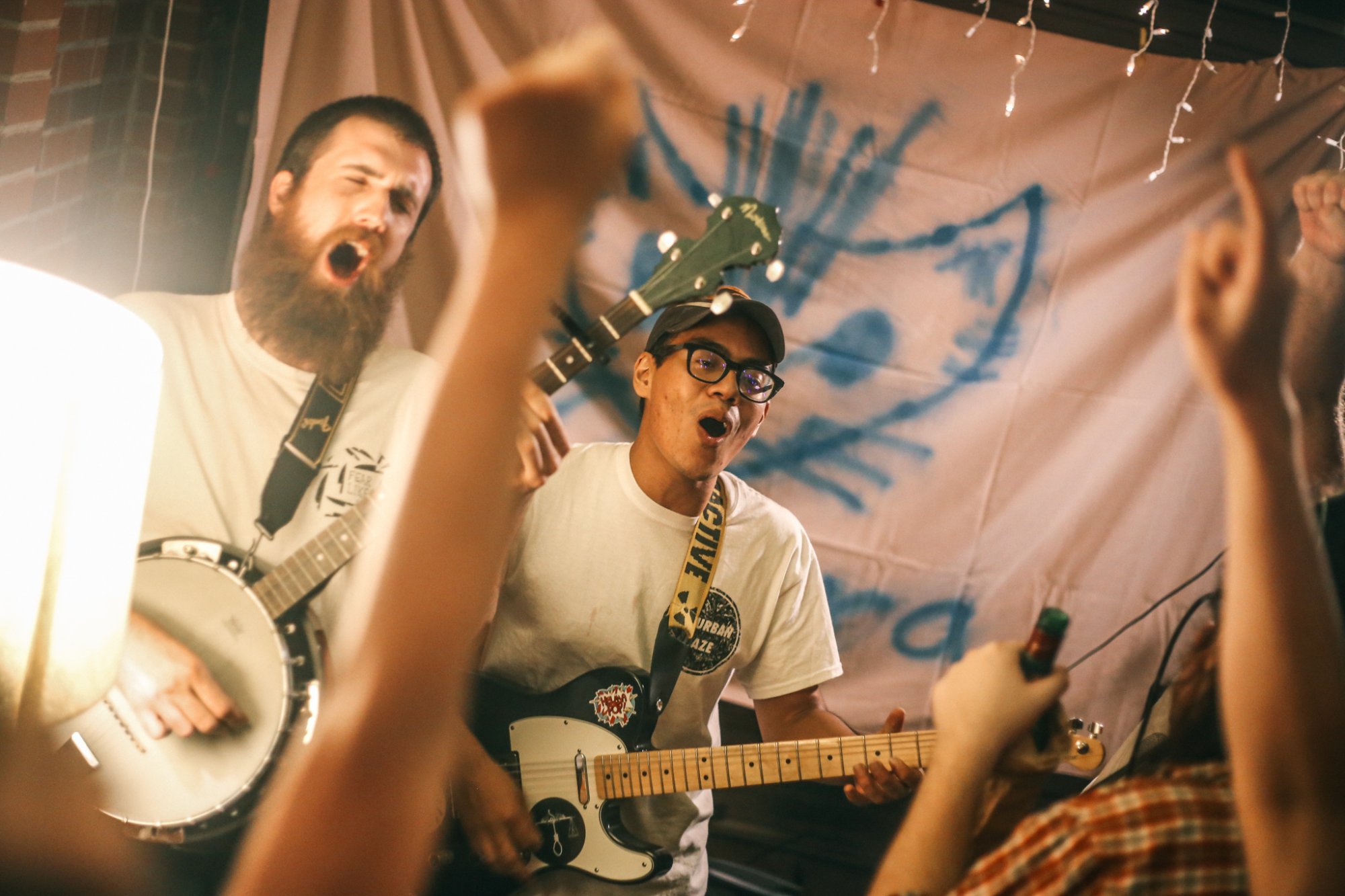 In his book Radio Silence: A Visual History of American Hardcore, Nathan Nedorostek recounts the first time he encountered hardcore punk, “I was 9 when I first came into contact with hardcore at a skateboard shop in suburban Connecticut. I saw a kid wearing a t-shirt with the words Minor Threat crudely scrawled on it with a black marker.”

These two words set up what became a quintessential element of punk music, the do it yourself (DIY) aesthetic. Nedorostek goes on to say that the DIY t-shirt “motivated me to figure out what Minor Threat actually was…but, most importantly it inspired me to make my own t-shirt.”

From creating one’s own merch, DIY evolved into its own ethos. One organised their own shows, put out their own records on either their own labels or their friend’s labels, and used whatever they could for a venue.

DIY was necessary to the survival of punk music. It was unlikely, especially in the 1980s when DIY started, that major labels, large venues and government funding was going to get behind the subversion of bands with names like Reagan Youth or albums with titles like “13 Point Program to Destroy America.”

DIY is now an irremovable element of music scenes everywhere, and Canberra is no exception. From Lacklustre Records and Home Brew Records to DIY venue Crossroads and the variety of shows that occur in unconventional and perhaps unauthorised locations, Canberra has a burgeoning DIY scene. One of the newest groups on this scene is Mulgara.

For Cameron, Phoebe and Bene, the core and founders of Mulgara, the DIY approach is not just necessary, but creative and liberating. “The DIY ethos resonates for us, it’s fiercely assertive. Don’t whinge about your boring city – create it! Get out and make things, do things, pull people together. We don’t need to wait for corporate events or trendy new bars. We just need some space to be loud and dance. It’s a positive mindset that starts with a ‘why not’ instead of a why.” 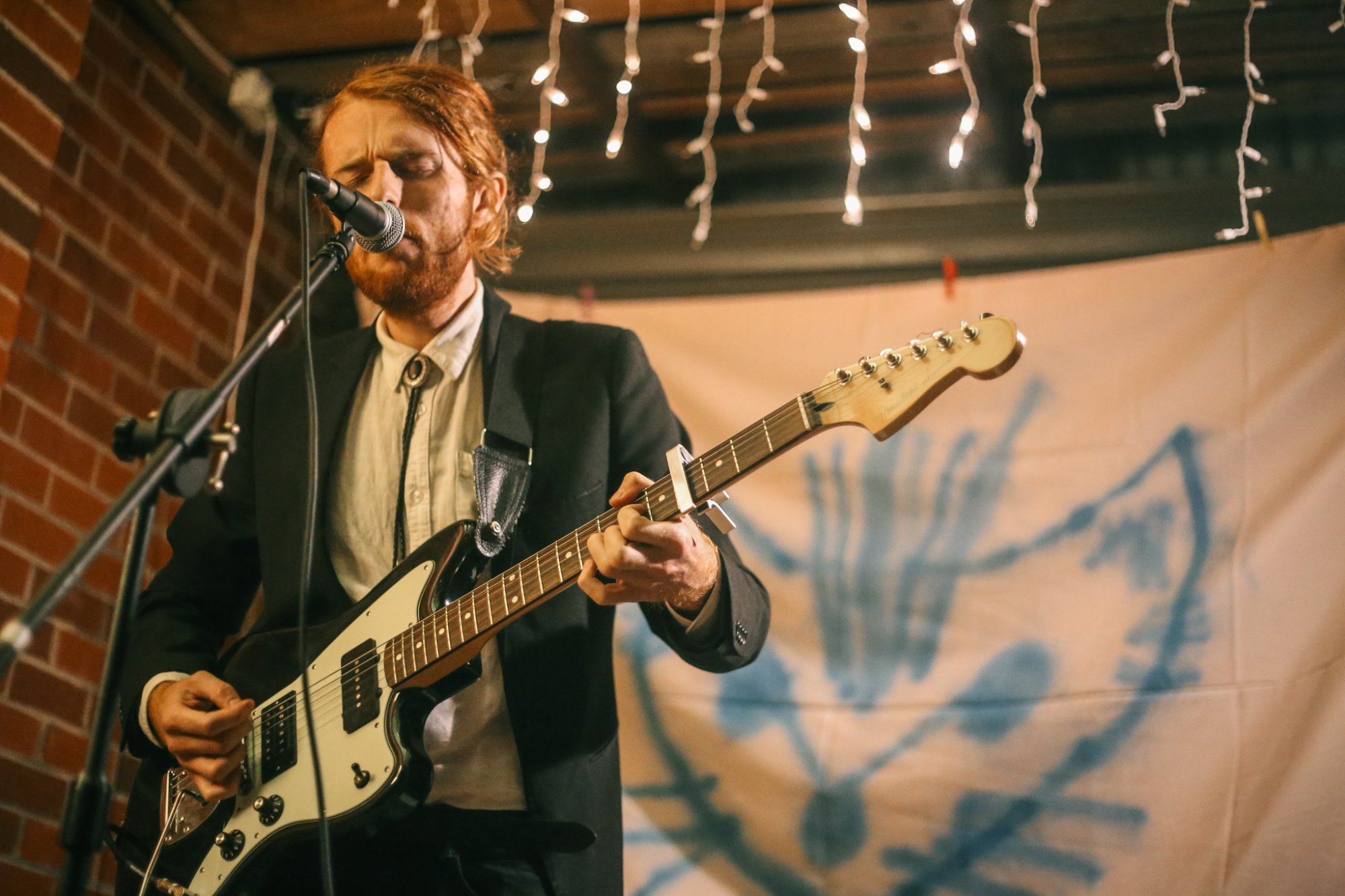 Mulgara started when Cameron moved to Canberra for work. His friends from Sydney and Newcastle who wished to play Canberra found their venue options narrow. Cameron told his mates to play his house, and he would help out from there. In the space of about a year, Mulgara has gone from a Facebook page and a house with a PA to hosting a mini-festival.

Starting with the focus on shows, it seems natural that Mulgara will be hosting No Front Fences 2017 this weekend. A three-day mini-festival (from 17-19 March), it features 17 bands from across Australia. Cam and Phoebe were inspired by the DIY festivals in other Australian cities, such as Fools Festival and Sad by Sad West.

No Front Fences stands as a testament to the growth of DIY music. Mulgara has managed to pull in some well-known names from across Australia’s punk and indie scene. Highlights include Jamie Hay from Fear Like Us playing on Friday night, and Sunday closing with both Naif from the now defunct Hannahband and Zzzounds, the solo project of David Drayton from Milhouse.

For the future Mulgara is moving towards not just shows, but also zines, art, poetry, and maybe even record releases. The DIY aesthetic they embody is crucial for not just Canberra but any music scene. In it, authenticity, individuality and community come together to help push our musical limits. Mulgara are a fine example of what a handful of people with drive and passion can do to better the arts in their own city.

No Front Fences 2017 is on this weekend in Canberra. You can get a ticket here.

Turnball Yarry - 1 hour ago
Rusty Mash Micro-forest!... View
Ashley Keaveney - 2 hours ago
How about fix and maintain them. Dry land oval is a complete cop-out...... View
Elspeth Shannon Rollason - 3 hours ago
The Florey oval which is in this picture needs to be an oval for the primary school. It needs to be fixed up so the kids can... View
News 17

assiduous - 2 hours ago
The ACT government is culpable for this situation. If the developers couldn't get $200k more for these properties they would... View
Codi Barry - 2 hours ago
Yep we are building a brick garage and the price has gone up alot timber and steel have all had huge price increases View
Property 26

Patrick Boundy - 3 hours ago
Unfortunately, this is becoming a way to common occurrence in Canberra. View
News 35

Tim Evans - 6 hours ago
They were useless. View
Community 1

Flinders Doyle - 8 hours ago
Love Meating You . Great customer service and the quality is the best! View
Community 5

Martin Miller - 9 hours ago
Andrew Barr as Sports Minister in 2008, with the help of the then ACTPLA now EPSSD. View
Lifestyle 11

ChrisinTurner - 10 hours ago
Is this another example of land speculation like City Block 1 Section 96? View
show more show less
*Results are based on activity within last 7 days

@the_riotact @The_RiotACT
After a momentary reprieve for locals and the publican, 'Choppy' Connor, the #Gundaroo pub has closed again. But for how long? https://t.co/bv6Vm9Bb1a (2 hours ago)

@the_riotact @The_RiotACT
Eden Road is the only #Canberra region #winemaker to make this year's James Halliday Top 100 list. Here's how they did it https://t.co/IlhsfvnPQh (3 hours ago)

@the_riotact @The_RiotACT
The stories in a 1960s True #Confessions magazine were pure escapism but Sally Hopman reckons if you spent your days waiting for your #husband to come home, only to be interrupted by a door-to-door Encyclopaedia Britannica salesmen, they weren't half bad https://t.co/YIANv111sK (4 hours ago)