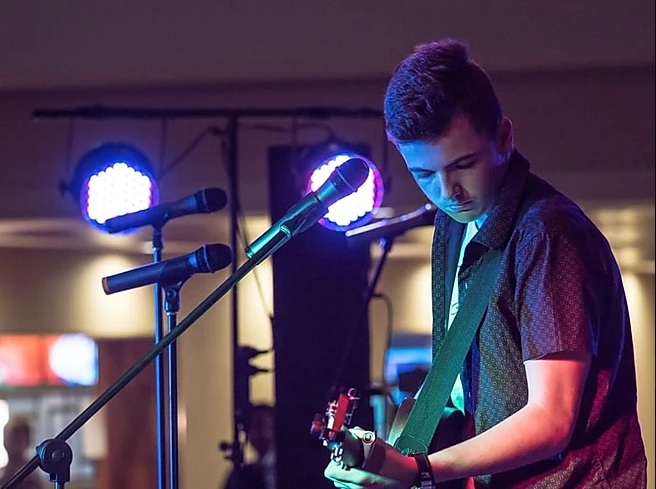 Talented singer-songwriter Harry Cleverdon, of Young, is a finalist in the 2020 International Songwriting Competition. Photo: Supplied.

With the click of a button, we could all help a musician from Young realise his dreams of becoming an international singer-songwriter.

The people of the Hilltops region all know Harry Cleverdon. He has grown up entertaining locals with his music in a range of venues – starting out on the streets as a busker at festivals, then it was weddings, parties, anything. Now it’s pubs, clubs, halls… and still a few weddings.

But the tenacious 17-year-old has finally hit the big time with the song, Hit Me While I’m Down – from his debut EP, “From My Side of the Stage” –selected as a finalist in three categories of the 2020 International Songwriting Competition (ISC).

The annual song contest is run out of the US city of Nashville, and affords aspiring and established songwriters the opportunity to have their songs heard internationally. It typically attracts up to 20,000 entrants from around the world each year.

The large and prestigious panel of judges includes record label executives and artists such as Dua Lipa, Coldplay, Jeremih, Tom Waits, Fleet Foxes, American Authors, Lukas Nelson and Easton Corbin. It offers enormous worldwide exposure and the opportunity to have songs heard by the most influential decision-makers in the music industry.

Harry, a year 12 student at Hennessy Catholic College in Young, entered the competition last year, just prior to releasing Hit Me While I’m Down.

Then it was back to HSC studies.

This month, he was shocked to get the news he is a finalist in a trio of categories: Teen, Unpublished and Unsigned.

If it wasn’t for a novelty keyboard presented to him by his parents, Charlie and Elke, when he was four years old, a love of music might never have happened.

“The keyboard came with a book of tunes to play – I learned those in a week,” he laughs.

From an early age, Harry was enrolled in the Young Regional School of Music, where he took lessons in classical piano until he was 16.

At age 12, he found his voice at the National Cherry Festival in Young. But if you count the trips between the town and his home near Wallendbeen – 30km from Young – as a child singing Play School songs to keep him awake in the car, the voice probably came earlier.

“I don’t know if that had anything to do with my musical talent,” he jokes.

When it comes to Harry’s musical talent, one thing is certain: he certainly doesn’t credit his parents. In fact, the whole family – all farmers – are a bit stunned by his artistic proficiency. But the teen still says his father is his greatest influence.

“My dad is always super supportive,” he says. “I think he would’ve been a good musician had he been given the chance. He has a good ear. He can’t sing or play an instrument to save his life, but he can pick a good performance.

“I always have him in the studio to ask what he things. If he says, ‘That’s crap,’ I’ll pretty much respect that.”

Hit Me While I’m Down is a song, and video, reflective of his age and the very real issue of bullying, alienation and kindness. 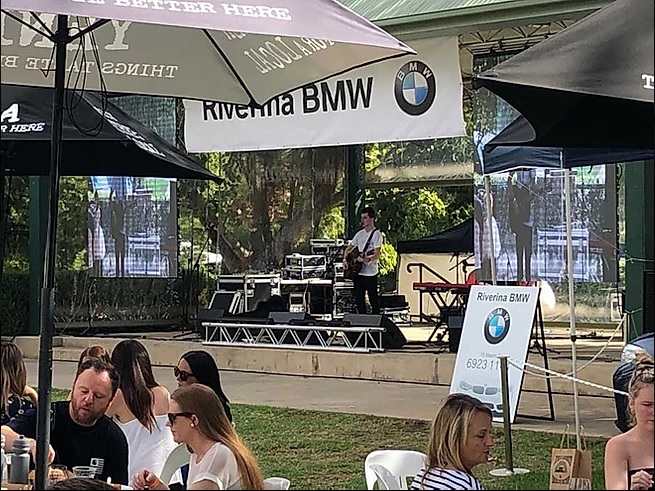 Harry has earned a fine reputation by performing on many local stages in recent years. Photo: Supplied.

The lyrics, he says, come from personal experience and from that of his friends.

It was written in one afternoon in his garage-converted studio. The next week, Harry had recorded it, then a week after that he laid down the final track.

“It was a quick turnaround, but you spend the next month editing,” he says.

The outcome has amazed him.

“Honestly, I didn’t expect to get that far,” he says.

Now, if you go to Spotify or iTunes, you can hear a selection of Harry’s songs. On top of that, there’s 100 more in the wings ready for lyrics.

And while he studies for the HSC this year, he’s also working on finishing an album, which he hopes to release at the end of 2020. About the time he sits for the HSC exams.

“The HSC is definitely my priority and that’s how it will remain,” he says. “But I am working on the album on the sidelines.”

Harry’s post-HSC path is uncertain. He may not know what the future holds, but he’s just hoping he gets found.

“I guess I’m hoping that one day someone with connections will say I’ve got it,” he explains. “I guess with this competition, I am most keen to do well in the Teen section because [industry] people will be looking there.”

All finalist songs have been sent to ISC judges to select the winners, who will be announced in late April or early May.

However, there is an opportunity for all of us to have our say in a People’s Voice award for each of Harry’s categories, which works like most people’s choice awards: you click, vote and the most number of votes wins.

To access the voting for Harry and Hit Me While I’m Down, click on the following links for each category: Teen, Unpublished and Unsigned.

Hint: if you make it your mission to vote for Harry every day, you can do it from multiple email addresses to strengthen his chances!

John Vallance - 2 hours ago
Lucas Anasdow um.... because like all vaccines it goes through testing. once testing and trials and results are reviewed then... View
Property 15

Robert Morris - 7 hours ago
When will people in the ACT understand that our local Government has no interest in maintaining the bare minimum what they ar... View
Roderick Saunders - 8 hours ago
Avril Pounds the ability for residents to get pedestrian crossings etc installed does seem to vary for no apparent reason View
Avril Pounds - 9 hours ago
Lots of new speed humps around but not where my local school p&c have been begging for one for at least a few years now. View
Community 4

Katy Did - 8 hours ago
I remember View
Community 39

@The_RiotACT @The_RiotACT
Hot in the City: Love gaming? Enjoy it with your food & your friends by your side at Reload Bar & Games https://t.co/i24LIWpdje (6 hours ago)

@The_RiotACT @The_RiotACT
Been looking for a large, quality family home in one of Gungahlin's most exclusive areas? This stunning residence could be all you’ve ever wanted + so much more https://t.co/lh17g6PgsK (7 hours ago)