My friend Alex: Tim Gavel's heartfelt tribute to AM recipient 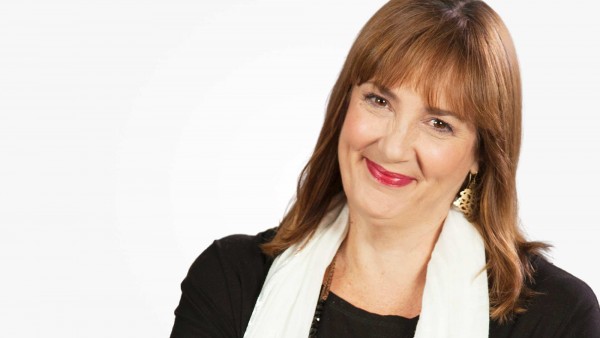 When I heard Alex Sloan was honoured as a Member of the Order of Australia at this year’s Australia Day Honours, I wasn’t surprised.

It can never be said that Alex Sloan does anything half-heartedly: whether it is one of her trademark interviews, her role as an MC, or her passionate defence or advocacy for something she believes in.

Even in retirement from the ABC, Alex remains a tour de force in the Canberra community. Her charity and community work is legendary, ranging from her involvement with Hands Across Canberra and Project Independence to the ACT Architects Board, the Australian Institute’s Writer in Residence Program, the Churchill Fellowship Selection Committee and the ACT Place Names Committee.

I believe her view of contributing to her community stems somewhat from her two years spent as an Australian Volunteers Abroad teacher and farm manager in Papua New Guinea.

There is also her passion for the rural community. Driven initially through growing up in country Victoria, this passion was further fuelled years later when she hosted the Tasmanian Country Hour.

As a broadcaster, Alex was exceptional. Her ability to draw the best from interview subjects is one of her key qualities.

Equal to her ability to allow people to tell their stories was the impact that she had on the people she interviewed. I witnessed, time after time, people leaving the studio after an interview with Alex feeling great about themselves and their contribution. They may not have been household names but Alex had the ability to make them feel positive.

Her interviews, especially with authors, were always well researched. Alex would often turn up to work on Monday having spent the weekend reading books sent by publishers ahead of interviews.

And she wasn’t backward in expressing a point of view.

Many listeners remember her for the laughter and humour in her voice. At times, it is disarming for anyone who comes within her orbit. For interviewees, it always made them feel at home.

One of the few shifts Alex didn’t work on at the ABC was breakfast. I believe this was because she wasn’t an early morning person but I could be wrong. If I am, I’m sure she will let me know.

On one occasion, prior to the Brumbies’ grand final at Canberra Stadium, she suggested that I would have trouble putting the word ‘compost’ into my commentary. She was, at the time, doing the Saturday gardening program.

Knowing Alex was in the stands listening, I managed to add to my commentary: “The scrum collapsed like a compost.”

Such is the influence of Alex. She said she told people in the stands about it at the time and she saw this as a definite winner!

But her influence exists in loftier pursuits. I have many people in Canberra suggest that if Alex is on board you are on to a winner.

This latest honour, though, is not so much about her ability to help influence for the better but a ringing endorsement on the impact she has had and continues to have on our community.