My No Front Fences aftermath 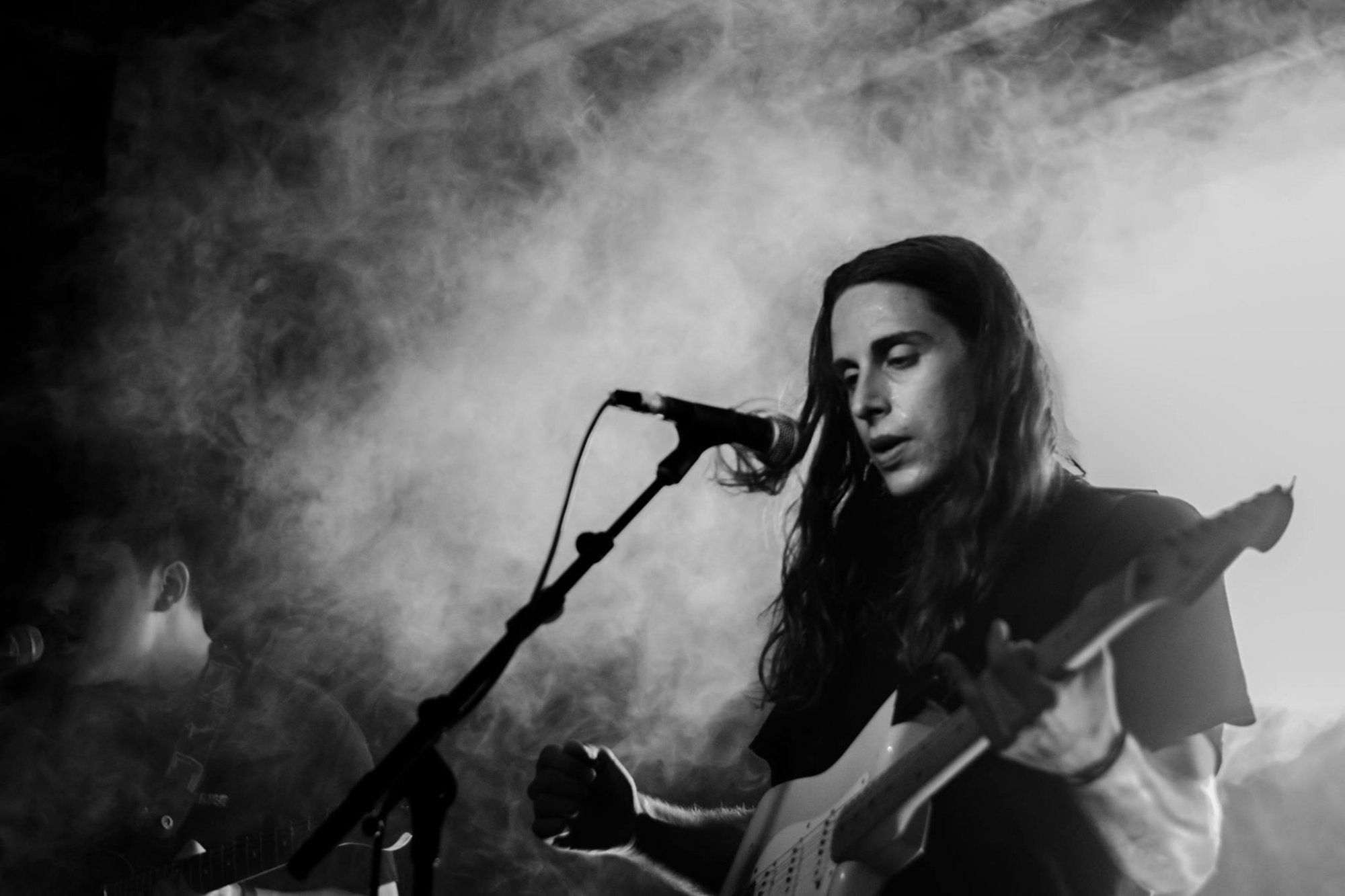 So, mates. I was gonna write something for you guys about a week ago, and then my life got de-railed by Mulgara’s No Front Fences festival. After 17 acts, I was pretty cooked (though probably not as cooked as Luke from Capes. That guy can party!)

Here’s a few of the coolest memories for me from each day. If you came along to NFF over the weekend, let me know your highlight! The organisers worked so hard on this one, I’m sure they’d be keen to hear your stories.

The Friday house show was a great opener to the festival! PJ Johnson fooled the audience with some sneaky guitar loops, which was subtle enough for him to put his guitar down and wander half way across the barbecue area with only a mic in hand before people caught on.

Saturday at LoBrow was the closest thing to a house show you could ever want at a small venue, with the ability to have a bunch of bands tear through their sets, one after the other. I’m not sure if the highlight was Helena Pop’s weird new track, or the crowd screaming the lyrics to Capes’ “Apnea” for me. Honourable mention to DJ Bye Bye Byers dance moves to Pink’s “Get the party started.”

If you’ve never bought cold brew coffee as a merch item from a band in a back yard, then you just haven’t lived, and the Sunday house show at Macleay Farm really delivered. Ben from Slowly Slowly, and The Lowlands, played some of the most amazing sets I’ve ever heard, and Zzzounds provided the best pun based setlist.

This next week is a bit of a tough one! So many talented local and imported acts to see!! The support from you guys has been incredible over the last few weeks. Let’s keep it up!!

Here’s my top picks this week for the alternative kids.

Frenzal Rhomb @ The Basement. If you haven’t seen frenzal rhomb live, you really should go check them out. They still don’t give a sh$t, and they’re still as good as the first time I ever saw them at a Scout Jamboree with Killing Heidi in 2001 (?) THIS SHOW WILL SELL OUT! BUY YOUR TIX EARLY!!

Sail On! Sail On! and Safe Hands @ The Phoenix. Featuring Canberra’s coolest new spoken word/emo band Sleeping Døgs. Also, Safe Hands have gotta be one of my favourite heavy bands from Newcastle. Also, Have/Hold and Elk Locker are sick too!

PJ Michael & The Bandidas at Smiths, featuring The Lowlands, who are arguably the best legends in Canberra folk.

Panhandler & Tiger Can Smile at Lobrow with local lords Revellers and Crash House.

Panhandler are from freakin SWEDEN and are freakin AMAZING! Come and check this show out. It’ll definitely be worth your while. It’s only $10 (or $5 for students!) for an international band. Want value?

Jim Dusty, Jack Lundie and friends @ the front Jim writes sick songs and plays in heaps of awesome bands across Canberra. In this act, he wields a banjo and sings some awesome sh$t! Jack Lundie is also a great mate, has a dog called Leo, and sings mad tunes!

Until next week, be good to each other, bring your mates, and enjoy your scene. If i’ve missed something, post in the comments. The last thing we need is some fool watching commercial tv all week because they thought there wasn’t anything on…

Peter Alsop - 11 minutes ago
Your right change it to 20 January. The date the first fleet arrived in Australia.. January 26th isn't even the real date alr... View
Duncan Lennox - 2 hours ago
There is for 98% of the population View
Philip Howe - 3 hours ago
What link? View
Opinion 52

Norman Stoner - 1 hour ago
Keran Niquet rather than making misinformed comments on Facebook, do a bit of reading on the matter. Have a read of this befo... View
Paul Mathews - 5 hours ago
great. Now need one for BARKING DOGS, eh Chris View
Daryll Rae - 14 hours ago
Mark Katalinic -cyclist by law are under no legal obligation to use cycles paths . View
Community 26

Les Mitchell - 1 hour ago
Jill Worrell I agree. A lot of cyclists do travel too fast on shared paths. If you want to ride fast then use the roads and r... View
Trev Graham - 1 hour ago
Karl Brown yeah right - time for your medicine and a nice cup of Milo.... View
Karl Brown - 1 hour ago
David Brown except for toll roads, no one "pays" to use the road. Its totally free (other than the taxes I pay) for me to dri... View
Opinion 17

Gungahlin residents will be forced to swelter through Canberra's heatwave over the weekend and into next week without any relief...
Opinion 151

Beth Stevenson is a single mother of two and she could be homeless soon if she is unable to secure...
Community 26

Although Summernats was cancelled this year due to COVID-19, streetcars continued to make the news. ACT Policing worked closely with...
News 36

Indigenous people in the ACT are experiencing increasing incarceration rates and over-representation in the justice system, with a ministerial briefing...
News 22

@The_RiotACT @The_RiotACT
The ACT Government will allocate $300 million in this year’s budget, including $100 for the ‘Big Canberra Battery’ to help power the Territory https://t.co/jGrZzlCkcN (3 hours ago)

@The_RiotACT @The_RiotACT
What's happening at the One City Hill site? Find out why a crane has been installed https://t.co/GQGdVlwgI7 (4 hours ago)