The south coast town of Narooma is a tourism hotspot, but now researchers say it’s a hot spot for other reasons. Photo: Tourism NSW.

The endless beaches of Narooma mean the far south coast town of 3000 people has rated high as a tourism hotspot, but now researchers have discovered its clear blue waters are a troubling barometer of climate change.

A UNSW study has found the waters off southern NSW and the east coast of Tasmania are warming twice as fast as waters off northern NSW, and at more than three times the global average.

And while this might be ideal for those wanting to dip a toe in the ocean for a little longer each year, the implications for wildlife in the area – particularly the penguins of Montague Island – are harmful.

The unique nature reserve and wildlife sanctuary is located just nine kilometres off the coast of Narooma and is home the state’s largest permanent fur seal colony, thousands of Little Penguins and, during springtime, the preferred nesting place for tens of thousands of sea birds. 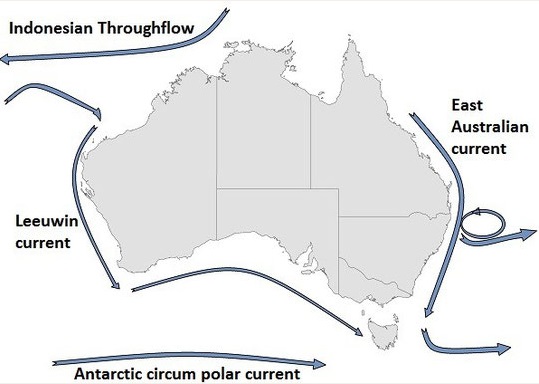 The study analysed how coastal waters adjacent to the Eastern Australian Current [EAC], which runs south from the tropics down the east coast of Australia, have warmed over the last 25 years.

Scientists have so far found that parts of western boundary currents such as the EAC are warming at two to three times the global average of 0.12 degrees per decade.

This means these waters have warmed about 1.5 degrees on average in the past 30 years.

Lead author and Postdoctoral Research Fellow in UNSW Science’s School of Mathematics and Statistics Dr Neil Malan, said what really surprised him was the raw numbers and the effect of climate change and what half a degree per decade actually meant for an ecosystem or for an environment in 10 or 20 years.

“These numbers are accelerating off southern NSW – at times this year the water temperature there was four degrees warmer than normal,” he said.

“The fact that the trend is so large and that it’s more than three times greater than the global average and that Narooma is such a hotspot, is very shocking.”

Dr Malan says this ‘tropicalisation of ecosystems could have a widespread biological impact.

He says it will make life difficult for species such as the penguins of Montague Island which forage for environmentally sensitive species of fish, squid and other marine creatures such as krill and even sea horses

The study on the foraging efficiency of the penguins found that warmer ocean temperatures affect the ability of penguins to hunt and catch prey.

“Their work seems to show that they avoid the warm water so they swim longer distances to find these lower temperature areas to find food,” he said. 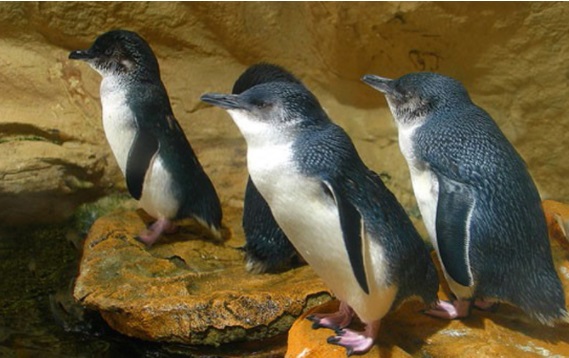 The foraging habits of Montague Island’s Little Penguins will be impacted by the warmer water temperatures. Photo: Supplied.

The UNSW study used data from more than 10 years of measurements of actual water temperatures from five sites – North Stradbroke Island, Coffs Harbour, Sydney, Narooma and Maria Island – plus satellite estimates of temperatures and currents and a regional ocean model over the last 22 years.

Dr Malan said fast-flowing western boundary currents, like the EAC, bring the impacts of changes of ocean basin circulation (in this case across the breadth of the south Pacific Ocean) to their coastlines, which are usually highly populated.

The EAC moves warm water down the coast of NSW but just north of Sydney it branches off towards New Zealand.

At this point it forms large eddies (rotating bodies of warm ocean water) that are carried along south east Australia.

Another UNSW study has showed that the amount of warm water transported south by these eddies is increasing.

Dr Malan said the EAC has some of the strongest currents and eddies in the world.

“Northern NSW water temperatures, while still warming, are more stable as they are not as affected by what is happening offshore. It is southern NSW, where we see an increase in eddy activity, that is warming the fastest,” he said.

Dr Malan says the next areas of research will look at longer trends of coastal warming dating back to the 1950s, studying more coastal sites around Australia and looking at the link between deep ocean and coastal water temperatures.

The study has been published in the scientific Geophysical Research Letters which highlights major advances in all major geoscience disciplines.

CityDweller - 38 minutes ago
Well if you look at the disaster being created along Parkes Way and Anzac Parade, we would end up with another apartment buil... View
News 6

bj_ACT - 60 minutes ago
Who would have thought that taking buses off the Tuggeranong Parkway and also making peoples peak hour bus commute from Tugge... View
Capital Retro - 2 hours ago
Why is it necessary to outsource the decision to consultants at a huge cost to the ratepayers? We have various directorates w... View
yellowredme - 3 hours ago
I drive from West Belconnen to Woden daily doing 24/7 shift work, traffic build up even out of peak hour is becoming more com... View
Property 23

Rebecca Southwell - 1 hour ago
Angela Mcintyre, and we were talking about this restaurant this morning View
Elle Roberts - 3 hours ago
I had my 21st birthday there. 🍾... View
Sandra Jorgensen - 4 hours ago
Great views View
Community 3

Capital Retro - 2 hours ago
The residents of Conder and suburbs to the south should worry about this proposal as the standing inversion layer that plague... View
consumeradvocatecanberra - 4 hours ago
This is not a NIMBY issue as someone seems to think, but real health dangers which have been recognised. Like the plastics to... View
News 3

Capital Retro - 2 hours ago
I don't think they are into Canberra and mouse plagues usually only occur in any of Australia’s grain growing regions when... View
TimboinOz - 3 hours ago
How far into the ACT have the mice got to? View
Lifestyle 13

Kathy Tozer - 4 hours ago
Well done Robyn, wondered what had happened to you after all these years. View
Courts & Crime 1

54-11 - 5 hours ago
The continuing prosecution of Collaery and Witness K is an absolute disgrace, and is a stain on the character of the Liberal... View
News 2

Capital Retro - 7 hours ago
If our progressive education system extended studies to local history, students would be aware that in the last 80 years, sev... View
show more show less
*Results are based on activity within last 7 days

A man who violently beat his ex-partner while their two-week-old baby lay nearby was hugged by elders after being released...
Food & Wine 0

Launching at the end of May, Okami is taking over the large, renovated space that was occupied by Olive at...
Property 9

@The_RiotACT @The_RiotACT
Alisa Taylor says you only have to look at the cranes gracing our skyline to realise how integral construction is to Canberra's economy, so it makes sense that the law around this receives specialist attention https://t.co/JRdnU0dcD2 (37 minutes ago)

@The_RiotACT @The_RiotACT
Canberra has a dynamic arts and culture scene, but we don't know what it's worth and what it needs to be a powerhouse. A new study will change that https://t.co/K6gLx3zKf3 (4 hours ago)