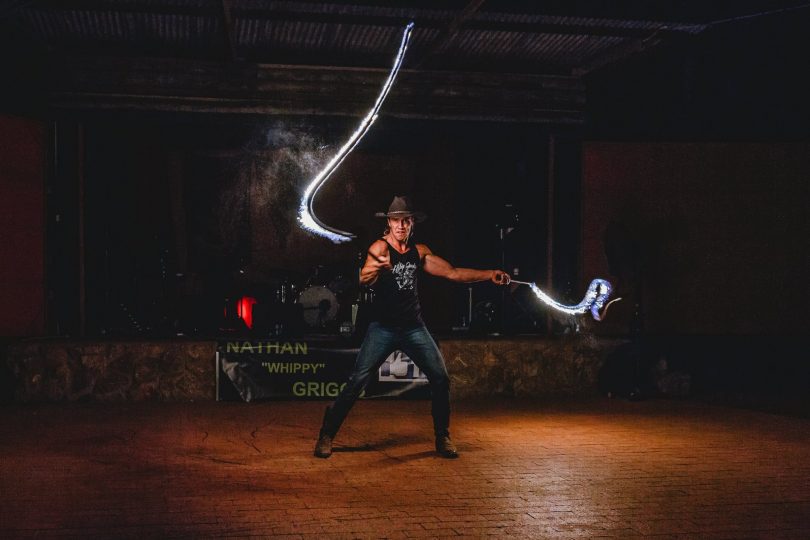 Nathan ‘Whippy’ Griggs is living the dream of many young boys from the bush: touring Australia and making a career out of whip cracking.

The man known as ‘Whippy’ to his mates and fans has broken the record for the most amount of cracks in a minute – an incredible 697 using two whips, and 359 using one whip.

READ ALSO Goulburn father and son pay $65,000 to have their bodies frozen

He also holds the record for cracking the world’s longest whip – a staggering 100.47 metres, which took him three months to make from 11 cowhides. You can imagine his relief when it finally cracked after two months of practice.

The 27-year-old has developed quite a fanbase, with youngsters choosing to dress up as Whippy at school, and recording videos of their own cracking skills.

Soon, Whippy will be capturing the hearts of bush kids in southern NSW as he tours the Central West, Southern Tablelands and South Coast in February 2021.

So how does someone become a whip-cracking champion? You could say it starts with a lot of time on your hands.

Whippy grew up in Western Australia, but moved to Grafton, NSW, when he was 14. He bought his first whip on the move between the two states as his family travelled through the top end of Australia.

Once settled in Grafton, there wasn’t much to do so Whippy spent his spare time making whips and getting better at cracking them, to the delight of his family.

“Growing up, I wanted to play the drums but mum said no because it was too noisy, but then I started whip cracking which was worse,” he laughs. “But we had a couple of hundred acres so at least I could get out of the house to practice.” 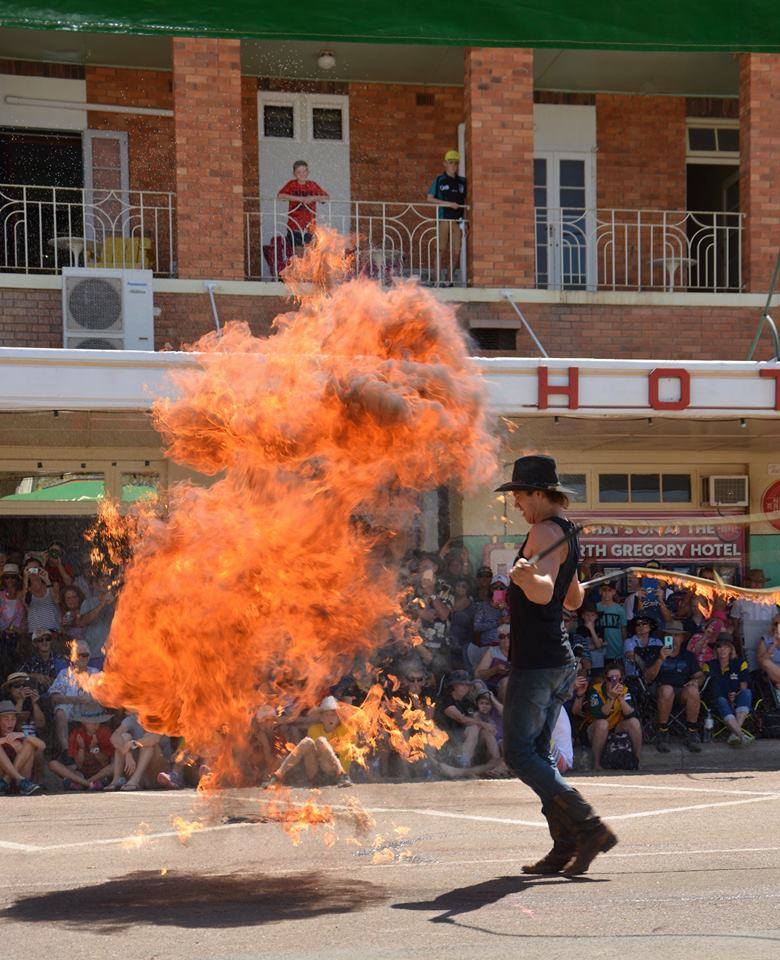 Whippy worked at an outdoor centre near Grafton and was often responsible for looking after the school camps. On the last night of the camp, Whippy would bring out his whips and put on a small performance.

“I realised people enjoyed it so started adding parts to it,” he says.

Then when he was 18, he decided to buy a ute and begin touring Australia.

“You name a spot and I’ve probably done a show there,” says Whippy.

Nowadays he lives in Mataranka, Northern Territory, and spends the summer touring the south of the country with his girlfriend, Tess Rowley, before returning home to fish during the runoff and then performing at a local tourist centre five nights a week.

When he’s not touring, Whippy still practices every day and makes whips that are in high demand globally. He also keeps fans entertained by posting videos of his latest tricks on social media. He has 89,000 followers on Facebook and 10,900 followers on Instagram.

See Whippy’s latest videos and tour dates – under the events section – on his Facebook page.

Mick the Whip in Darwin is pretty good too 😀

Kathy Paterson.. your kids would love to see him😊

I wonder what he is doing at Reid’s Flat. Maybe we could all go?

Steve – a show for you, Alison and the boys. Maybe you could take your homemade whip along? 😝

We saw Nathan at Mataranka last year. Great show, do check it out if you can.

This is why you need in your life Brittany Tibbitts

Such a great show!