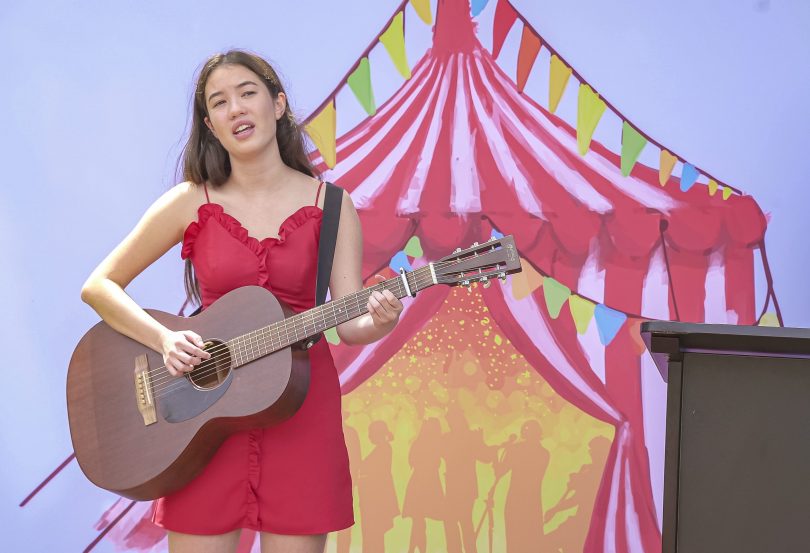 This year’s National Folk Festival will acknowledge the devastating impact of the summer’s bushfires with a special concert and fundraising efforts across the Easter weekend.

Speaking at Tuesday’s launch of the 54th National Folk Festival at Gorman Arts Centre, festival managing director Helen Roben said it would be a heartfelt response to the summer’s tragedies.

“We have reached out to support fire-affected folk festivals at this year’s event with a host of relief and fundraising efforts,” Ms Roben said.

Three festivals and their communities – Cobargo on the South Coast, Nariel Creek in Victoria and Numeralla in the Snowys – will benefit, with the popular Fitzroy Pavilion venue renamed the ‘Hope for Folk Stage’, with 100 per cent of proceeds from the adjoining bar going to bushfire relief.

The horror summer has had a disastrous impact on three very strong folk festivals but the National Folk Festival is ready to turn things around. The event will present a wonderful opportunity for folk fans to come and have a whole lot of fun this Easter. Here's festival managing director Helen Roben with a preview of the program.

Due to the fires, the Cobargo festival has been postponed, Nariel Creek was evacuated during the event over New Year’s, and Numeralla was cancelled.

From 2:00 pm to 5:00 pm on the Saturday afternoon of the Festival, a Hope for Folk Concert will feature a selection of performers who were originally scheduled to perform at the cancelled or postponed festivals.

Merchandise from these communities will be on sale at the venue and volunteers will be collecting donations.

“As the National Festival we want to take the lead in supporting regional and grassroots festivals,” Ms Roben said. “We are all part of the folk family and looking out for each other in these challenging times is our priority.”

Minister for the Arts and Cultural Events Gordon Ramsay told the launch that after the difficulty of the past summer, it was “a great time for staying in Canberra, coming to Canberra, and celebrating Canberra”.

“We’re moving very much into that wonderful time in Canberra when the weather is beautiful, the cultural events are wonderful and people come together and build community in a range of ways.”

He said the Folk Festival was a significant part of the ACT economy that brought 40,000 people to Exhibition Park and contributed $4 million every year. 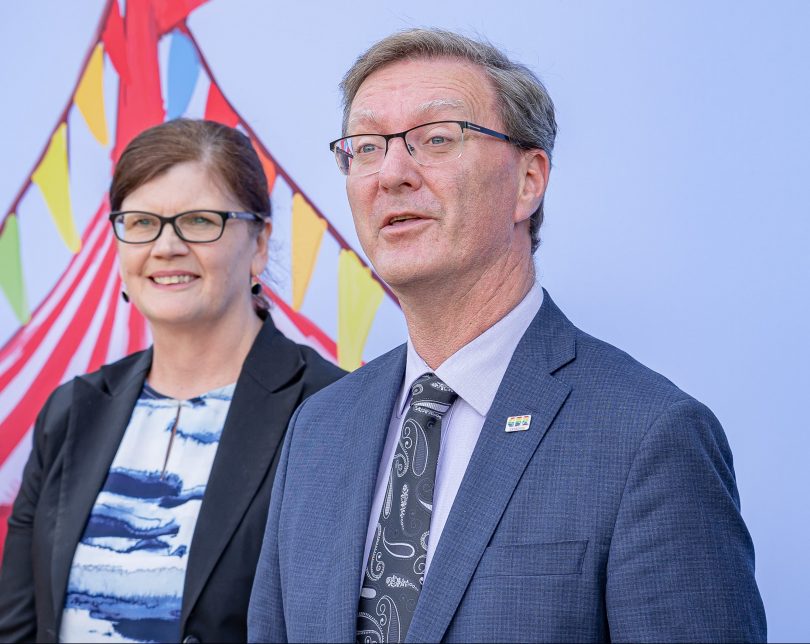 National Folk Festival director Helen Roben and Minister for Arts and Cultural Events Gordon Ramsay: after a tough summer the Folkie will be a place to recharge.

Ms Roben promised a diverse and multifaceted program with a mix of international, Australian and local acts across a full range of folk genres – from traditional and contemporary, to blues, Gypsy punk, jazz and dance, as well as something for the kids.

A number of Scottish acts are also coming to Canberra this year, including the popular Elephant Sessions, as part of the Year of Scotland, a Scottish Government initiative to celebrate Scottish music, culture and the arts.

“This year the festival will come alive with the sound of bagpipes and charged glasses of whisky as we bring to you a wonderful program of Scottish concerts and events,” Ms Roben said.

Integral to this will be the Bagpipes and Whisky event, brought to the festival by the Burns Club and Riverbourne Distillery at Jingera in the Snowy Monaro region.

The festival is looking to its future with a focus on youth and children. Youth Ambassador Lucy Sugerman will open the inaugural Youth Concert that will include talent from across a number of ACT schools.

Ms Roben said schools had been very enthusiastic about the festival, with one school sending 35 voices, as well as the ANU School of Music getting on board.

“A number of local schools are very keen to showcase their talent and give us their own interpretation of what folk means to youth,” she said.

This year’s Kids Fest will host the Amazing Drumming Monkeys puppet show twice daily and the children-only parade will give them a chance to dress up, have their face painted, play hand-made instruments and be heard from one end of the festival to the other.

Ms Roben said interaction will be the theme for adults, with the newly designed community co-op replacing the community arts section.

“This year we’re looking at sustainability practices, the environment, different things that are becoming more and more relevant in peoples lives,” she said.

“We’ll be running workshops from beekeeping in the backyard, how to reduce household waste, cloth nappies and we maybe even get some pedal power so people can make their own smoothies.”

The festival layout will mostly be the same as last year but Central Park will no longer be a performance space, becoming instead “a place you can rest your heels”.

Geoff Withers - 21 minutes ago
Registration charges in the ACT should cover parking costs, its ridiculously high. View
Michael Roy - 27 minutes ago
They really aren't, I would suggest reading "the high cost of free parking" by Donald Shoup. You can also read about demand b... View
Alan Vogt - 34 minutes ago
Graham Smith a challenge I agree. Having run large sporting events for a period of my working career I have a little experien... View
Community 13

Redgum - 39 minutes ago
Better Renting is correct on one point only. The decision to invest in a rental property is a business decision. Investments... View
News 10

kenbehrens - 59 minutes ago
Government charges contribute towards the high cost of rent in Canberra. It's Government policy to increase Rates, to a level... View
Geoffrey Bell - 4 hours ago
Mandy Truman $206 cheapest share place i could find. https://www.allhomes.com.au/share/search?region=canberra-act&district=gr... View
Mandy Truman - 4 hours ago
I'm full time uni and I got made redundant from my job and then got a casual job but haven't had work for 10 weeks. I would h... View
News 246

Claire O'Brien - 1 hour ago
My sister broke her back on this same flying fox in the late 80s/early 90s. The drop is too high in areas. My daughter did na... View
Opinion 14

@the_riotact @The_RiotACT
Canberra #food blogger Alec Morris is encouraging more families to cook together with his colourful #pasta creations. And he finds #inspiration in some unlikely places! https://t.co/PDvKuqqLhz (29 minutes ago)